According to his official obituary, President Bush considered Texas home, but Walker's Point, where he spent every summer of his life except 1944 due to World War II, was his "anchor to windward."

RELATED | George H.W. Bush, 41st US president who summered in Maine, dies at 94

Those also connected to Maine shared their reactions following the announcement of Bush's death.

“On Ocean Avenue in Kennebunkport, Maine, stands a simple yet powerful monument, a gift from the people of that small town to a friend and neighbor. The monument is a United States Navy anchor; the friend and neighbor is President George Herbert Walker Bush.

“It is a fitting tribute. President Bush often called the family home at Walker’s Point his ‘anchor to windward,’ a special place of unsurpassed natural beauty in a caring community. Through the years, it was been the place that gave him the strength to face the many challenges he took on in dedicated service to our country.

“It is fitting in another way. As a Navy aviator in World War II, in Congress, as Director of the Central Intelligence Agency, Vice President, and President, George H.W. Bush consistently and vigorously demonstrated the values that are the anchor of American society. Courage, duty, honor, and compassion define our nation and his life. As he encouraged Americans to be a “thousand points of light” through service to others, he shone the brightest.

“These values were also demonstrated by his First Lady, Barbara, his devoted partner for 73 wonderful years. As we recall what President and Mrs. Bush gave to our nation, we also reflect upon what we have lost.

Senator Collins wrote of the passing of President Bush, "May God bless him and keep his memory always anchored in our hearts."
Ctsy Senator Susan Collins

“The end of a life so devoted to the highest ideals of the human spirit brings to mind the Parable of the Talents. The master, leaving on a journey, entrusts a servant with a portion of his treasure. Upon his return, the master is delighted to find that his wealth was wisely invested and multiplied.

“George Herbert Walker Bush was entrusted with the great treasure of principles, determination, and courage. He invested that treasure wisely and multiplied it to the benefit of all. Like the master in the New Testament, to him we say, ‘Well done, good and faithful servant.’ May God bless him and keep his memory always anchored in our hearts.”

"It was with great sadness that Ann and I heard the news last night of the passing of President Bush. America has lost an icon," stated Governor LePage. "He can now rest with his beloved Barbara.

"President Bush has been an unwavering supporter of Maine and a vibrant part of the Kennebunkport community for decades. We shall keep the Bush family in our hearts at this difficult time. On behalf of the people of Maine, we send our deepest condolences. Know that President Bush's life and legacy of public service will be an eternal source of hope and inspiration for the people of Maine and around the world," Governor LePage said. "America has lost a true gentle-man."

“Today, we lost an icon of public service and a leader of unwavering strength, humanity and integrity with the passing of former President George H.W. Bush. Our prayers go out to the entire Bush family, as they endure this painful loss. “History will record how President Bush guided America through, and helped shape, numerous transformational events – from the fall of the Berlin Wall to the triumph of Operation Desert Storm. He commanded the helm of the greatest nation on earth and steered it through the rough waters of change, uncertainty and challenge and, in so doing, personified what a president and a commander-in-chief should be. “President George H.W. Bush was the ultimate definition of a patriot, who was braced to his duty by an everlasting faith and a belief in freedom as the greatest gift he could bequeath his country, and the world. He was respected across the globe while, at home, he honored the office to which he was entrusted every day of his presidency. Whenever people think about what it means to give back to one’s country and make contributions that will be remembered and appreciated for generations, they will recall the name of President George H.W. Bush.

“With his lifelong love for Maine, President Bush has left an indelible imprint on our state as an unwavering friend and source of tremendous pride. Personally, we will forever cherish the friendship we were privileged to have with President Bush over nearly four decades, and the limitless generosity and support both he and Barbara offered to us.

“Our thoughts and prayers are with former President George W. Bush, Jeb, Neil, Marvin, Doro, and the entire Bush family at this time of enormous grief. The nation and, indeed, the entire world shares in their sense of loss.”

Senator Angus King shared his thoughts of the 41st President:

Former President George H.W. Bush was a statesman and a leader, a man of dedication and dignity who served his nation in the military, in Congress, and in the White House. Throughout his lifetime of service, President Bush left his mark on our entire nation – but his loss will be felt even more acutely in Maine, the home of his beloved Walker’s Point. 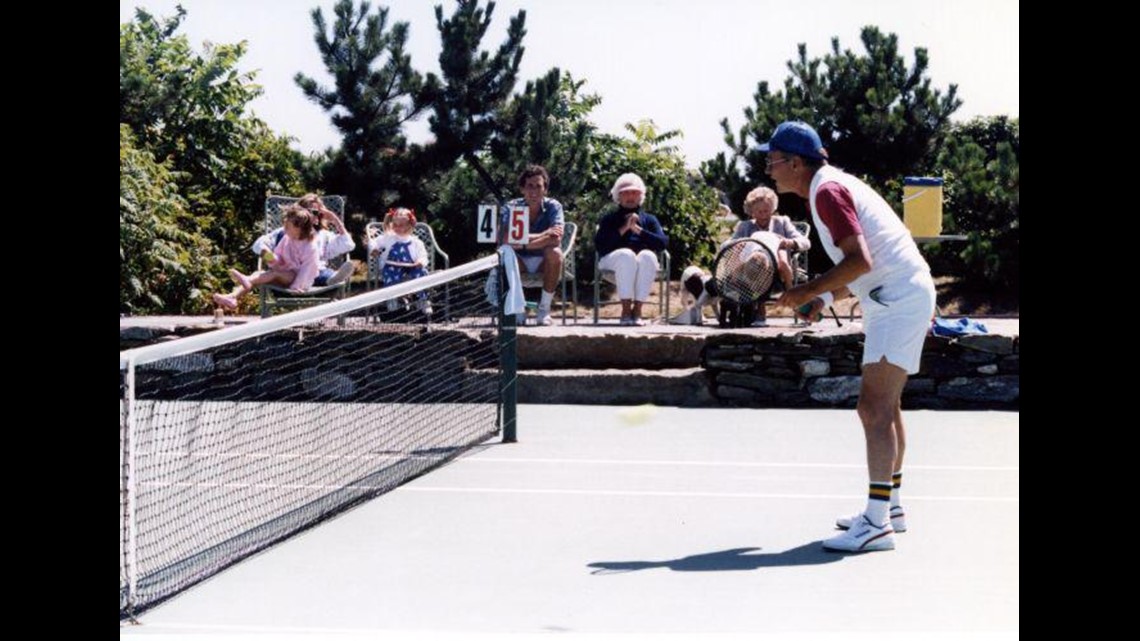 For all his achievements, President Bush remained humble, kind, and warm. Like so many Maine people, I’ve been fortunate enough to spend time with President Bush during some of his trips to Kennebunkport – and like all who have had that opportunity, I will forever cherish the time we were able to share. His passing leaves a great hole in our nation and in our state; he will be deeply missed. During this sad time, Mary and I are keeping his family – especially his children, grandchildren, and great-grandchildren – in our thoughts.

My statement on the passing of our 41st President George H.W. Bush. I'm sending my deepest sympathy to his family. #mepolitics pic.twitter.com/vAKM1HP2rb

“I’m saddened to learn of President George H.W. Bush’s passing. He led our nation with integrity and inspired future generations to dedicate their lives to public service just as he did. The diplomacy and decency he brought to the Presidency will forever be valued and remembered. President Bush and his wife, Barbara, treasured their time in Maine and our state takes special pride in how much time they enjoyed here. I'm sending his family my deepest sympathy.”

I’m saddened to hear of the passing of former President, George H.W. Bush, a true Mainer at heart. He served our country well, a WWII hero, he exemplified service - director of the CIA, Vice President, and 41st President of the United States. His sacrifice in service was remarkable. Today let our thoughts and prayers be with his family.

Congressmen-elect Jared Golden shared his thoughts Saturday on the passing of an American President:

My thoughts are with the family of President George H. W. Bush today.

President Bush was part of the Greatest Generation. His love of Country, family, and his fellow citizens is evident from his 70 years of public service. He made the world a better place.