"I had a view into their world," said Hutchins, the Bush family's former groundskeeper , who emceed the wreath-laying ceremony Tuesday. 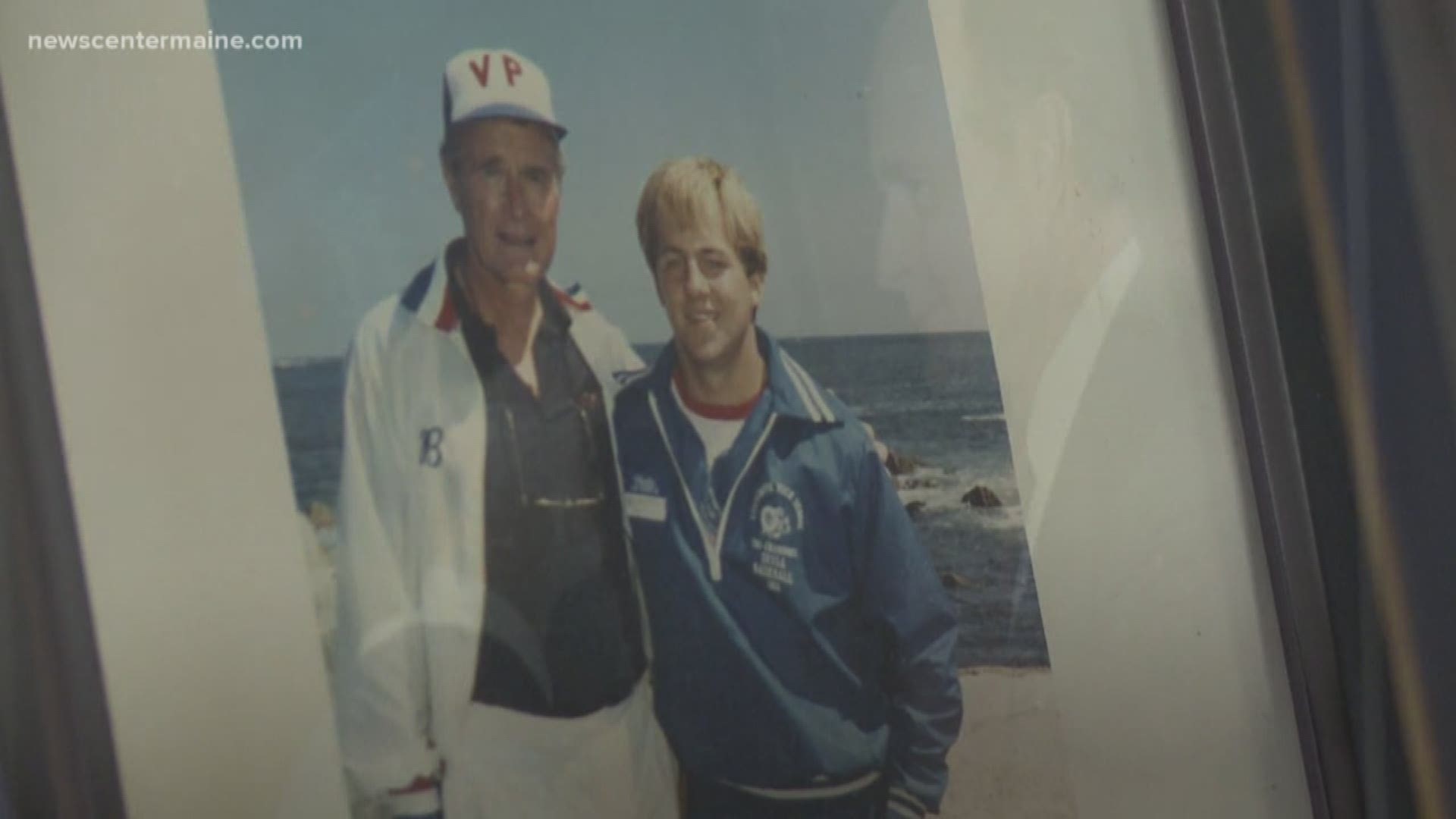 KENNEBUNKPORT (NEWS CENTER Maine) -- The town of Kennebunkport honored President George H. W. Bush Tuesday with its first official recognition of the President's passing by laying a wreath near the entrance to the family's Walker's Point summer homes.

Ed Hutchins, the chairman of the board of selectmen for the town, emceed the event. He was the family's groundskeeper starting in 1984 through 1988, and during his first two years of college. Walker's Point, Hutchins said, was where President Bush came to unwind.

"It did give him some degree of filter from the rest of the world," said Hutchins.

The President and Hutchins were more than associates. Hutchins was more than his groundskeeper.

"I had a view into their world," said Hutchins. "He always asked me how school was, even when I wasn't doing well. He really wanted to know. He took me to Washington, D.C. with him on Air Force two to look at colleges. He paid out of his own pocket for me to go to the Republican National Convention because I was studying political science. We were friends, and we used to correspond a lot. I actually have a whole box of handwritten letters from him."

The wreath was adorned with the distinguished Flying Cross, a military medal that the President earned during his time in the U.S. Navy.

"To the town of Kennebunkport, George H. W. Bush was more than just the President of the United States. He was part of our community," Hutchins said. "We will miss you Mr. President, but we're awfully glad that we knew you."