The Women for Trump bus tour will instead stop in Old Orchard Beach on Wednesday. 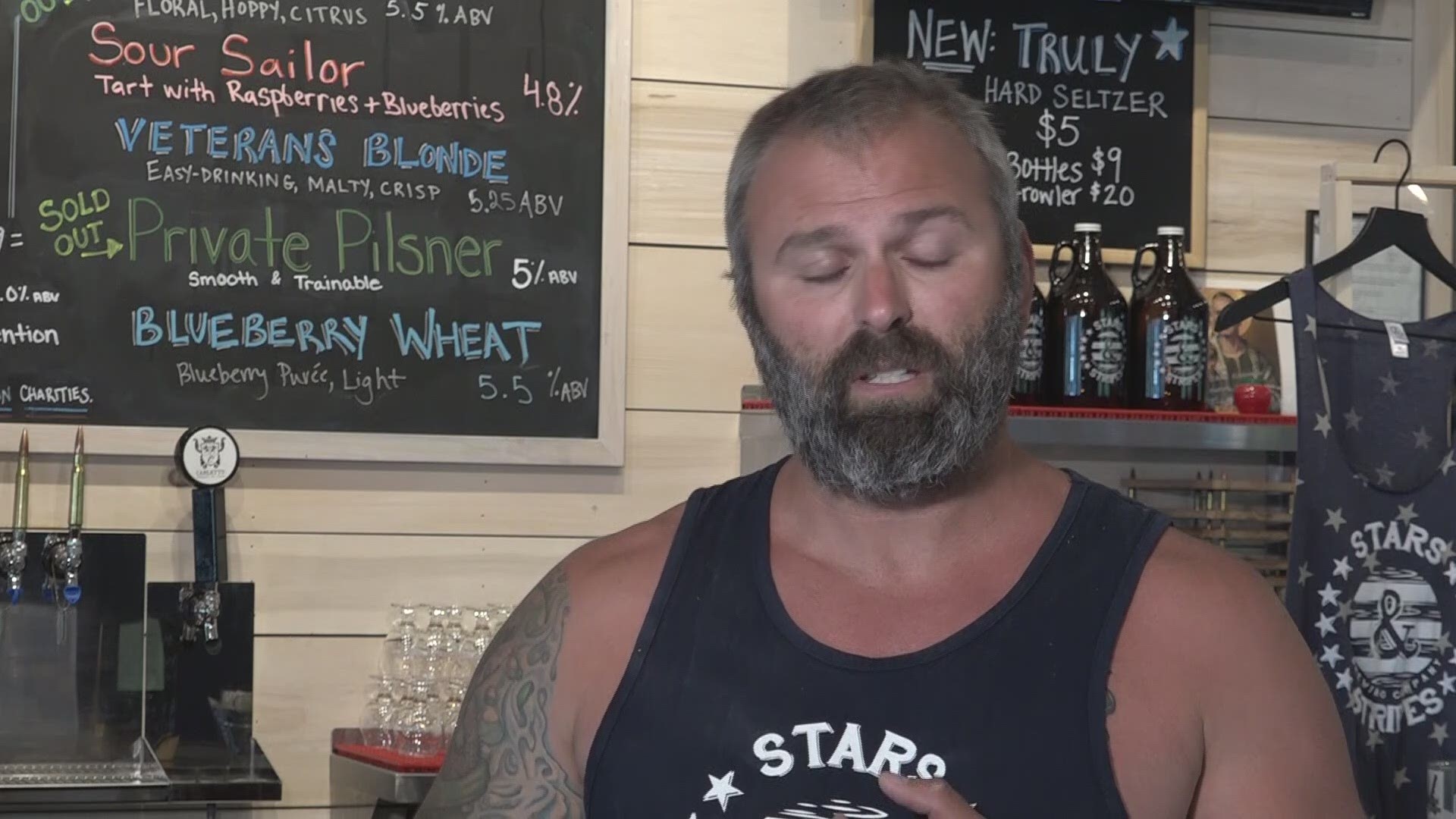 FREEPORT, Maine — The Women for Trump bus tour was set to make a stop in Freeport Wednesday at Stars and Stripes Brewing, but the brewery owners say the event was “unauthorized” and instead will be closed on Wednesday.

But according to a Facebook post posted by brewery owners Brad and Nancy Nadeau, the event won’t be happening—at least not in their establishment.

“Due to an unauthorized political event being held at our brewery will we not open our doors tomorrow,” the post reads. “Stars & Stripes Brewing was created to support Veterans, services members and the community. We do not support or take sides in political agendas.”

According to the post, the Nadeaus were misled by the campaign.

“We were asked in this particular situation if a group of women who support a political agenda could enjoy a beer at our brewery. We believe everyone has equal rights as they should, and do not deny anyone from entering our facility. Now we see that there is a political reasoning to be here and we again do not endorse any political party nor view.”

The Trump campaign announced Tuesday instead of stopping in Freeport, the bus tour will stop in Old Orchard Beach for dinner at Jimmy The Greek's and will feature the same speakers and guests.

In an interview with NEWS CENTER Maine, Brad Nadeau said, "This event that was kind of snuck up on us was not supposed to be a political event. From what we understood it was a group of women traveling on a Trump bus that wanted to come in and grab a beer."

The Trump campaign says the Women for Trump bus tour will travel throughout Maine and New Hampshire and “engage voters through roundtables, meet-and-greets, and sit-downs with business owners and local leaders.” Two events are planned in N.H. on Thursday.

“While the rest of the country deals with the fallout from Trump’s failed coronavirus response, the Trump campaign can’t even get a photo op right. As they spin their wheels to explain away Trump’s attempts to strip health coverage from thousands of Maine women, his efforts to undermine reproductive rights, and his regulations designed to turn our schools back to a time when sexual assault and harassment were swept under the rug, Maine women will be waiting to vote him out come November.”

Jimmy the Greek's did not immediately respond to NEWS CENTER Maine’s request for comment.