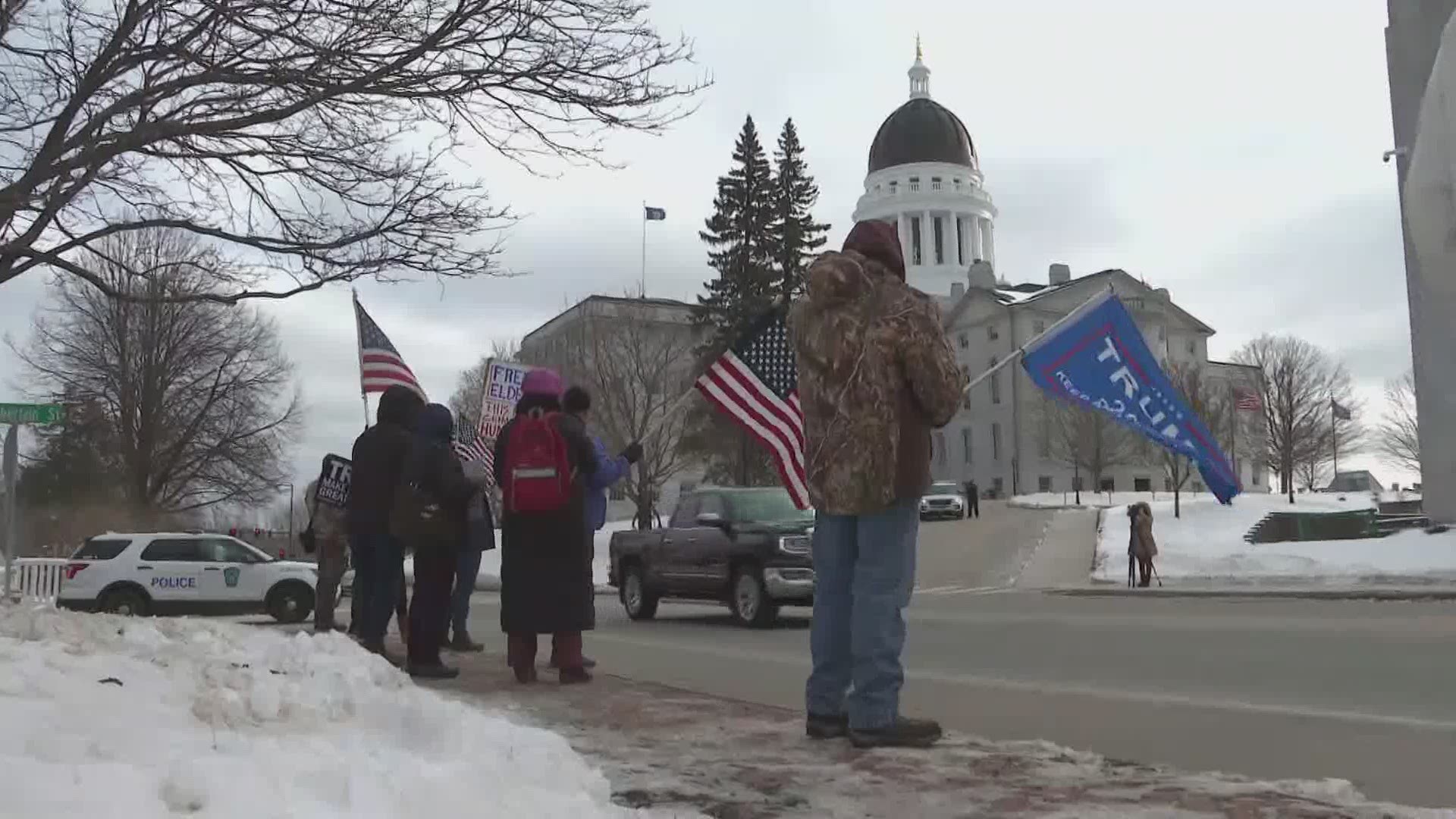 Linn is part of a Donald Trump Patriots group and says the number one goal of the organization is to help make government more financially responsible. He added that he planned this event before the incidents at the capitol earlier this week, which he attended.

RELATED: 'We kept each other safe': staffers of Sen. Susan Collins speak out after Pro-Trump riot forces lockdown

Linn said he did not go inside the Capitol like some others did and that it felt like there were two different events happening that day at the Capitol.

He added that while he supports President Trump, he thinks we as a nation need to move forward.

"We'd like to move forward the Biden administration is in, it's not exactly what we wanted but that's what we have and that's what America will accept and we'll wait for the next election to make change but I know my mission statement will be to help small businesses stay in business," Linn said.

Former senate candidate Max Linn is hosting a rally in Augusta. He says this was planned before the incidents at the Capitol this week and in order to support President Trump and small government #NEWSCENTERmaine pic.twitter.com/NlMiu66jLx

He also said a huge part of what this rally was to show support for small businesses. Linn has been vocal against the COVID-19 lockdowns and mask mandates. He said he wants to get rid of government oversight.

We've reached out to governor Mills' office for comment and haven't heard back.