Former Maine Sen. and Sec. of Defense William Cohen: Trump's actions are 'the mark of a dictatorship'

Former U.S. Senator for Maine and Secretary of Defense William Cohen, a Republican, says Trump doesn't feel the rule of law applies to him. 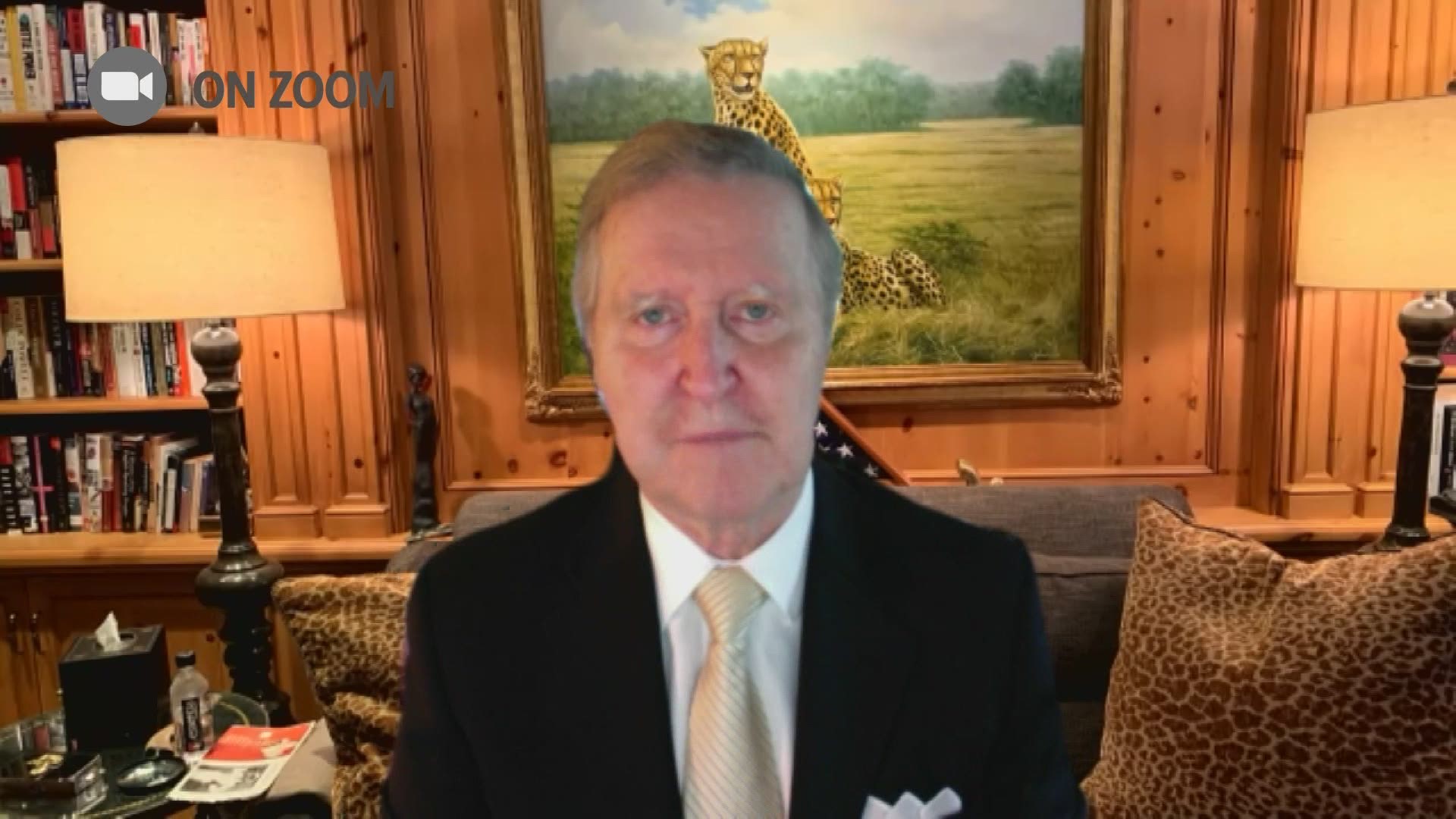 WASHINGTON, D.C., USA — Former U.S. Senator for Maine and Secretary of Defense William Cohen says he is worried about the prospect of a second term for President Trump.

Cohen, a Republican, tells NEWS CENTER Maine that he has never felt Trump was fit to be Commander in Chief.

And he says Trump's actions, such as trying to discredit the news media and the nation's intelligence agencies and offering pardons to supporters and punishment to opponents, are "the mark of a dictatorship. This is what tyrants do."

In an interview from Washington via Zoom, Cohen says Trump doesn't feel the rule of law applies to him.

"The president occupies a unique position in our society but he is not above the law," says Cohen. "He has stated time and again 'because I'm president everything that I do must be adhered to and doesn't violate the law.'"

Watch part 1 of the interview:

And Cohen believes things would be even worse in a second Trump administration, saying, "He feels no restrictions now against the use of power. "If he is reelected there will be no concern on his part that he has to listen to anyone."

Cohen adds, "I don't believe any president should have absolute power, that's the whole purpose of our system is checks and balances to make sure no branch got distinctly too powerful that it was dominant in our society."

When Cohen was in Congress representing Maine's second district, he bucked his party to vote for articles of impeachment against President Richard Nixon.

Cohen says he would have voted to impeach Trump over his dealings with Ukraine.

Watch part 2 of the interview:

Cohen believes Trump seeks to divide, rather than unify the country at a time of crisis, particularly when it comes to racial unrest.

He tells NEWS CENTER Maine, "The president likes to wrap himself in the American flag. And yet some of his supporters have three flags. They have the American flag, the Confederate flag, and the Nazi flag. And I've seen that when the rallies take place when they were marching in Charlottesville... they were wearing Nazi armbands. There were neo-Nazis there, and the president said 'well there are good people among them.' No, there are no good Nazis, there are no good neo-Nazis. And not once did he ever criticize them, really tear them down for carrying such an insignia."

Cohen says President Trump's response to the removal of Confederate monuments and memorials is another example of Trump's divisive politics.

Confederates, Cohen says, "are the people who wanted to enslave people. That war was fought not over their culture."

He adds, "I think taking the Confederate monuments down is the right thing to do. I think you go too far when you talk about our founding fathers. Yes, they were flawed people like all of us are. But they tried to build a country. They tried to hold the country together. They were not trying to divide it as the Confederates were."

Watch part 3 of the interview:

Cohen, a Republican, also tells us he's disappointed in the GOP-led Senate for giving up their power by not holding the executive branch accountable.

And he says the woman who is now seeking re-election to a fifth term in the Senate seat he once held is facing the toughest re-election race she's had, but he thinks Sen. Susan Collins will prevail in November.

"Being in Washington and being in the Republican party, which has really swung, I think, way to the right, I don't think it's really a philosophical party at this point," Cohen said. "The Republicanism that used to exist when I was there, in terms of balanced budgets, being fiscally responsible, of building alliances and believing in those alliances, that doesn't exist today. So I think Susan is doing a really good job in a tough place."