On CNN Friday evening, former Defense Secretary William Cohen weighs in on impeachment, says President Trump should be out of office as soon as possible. 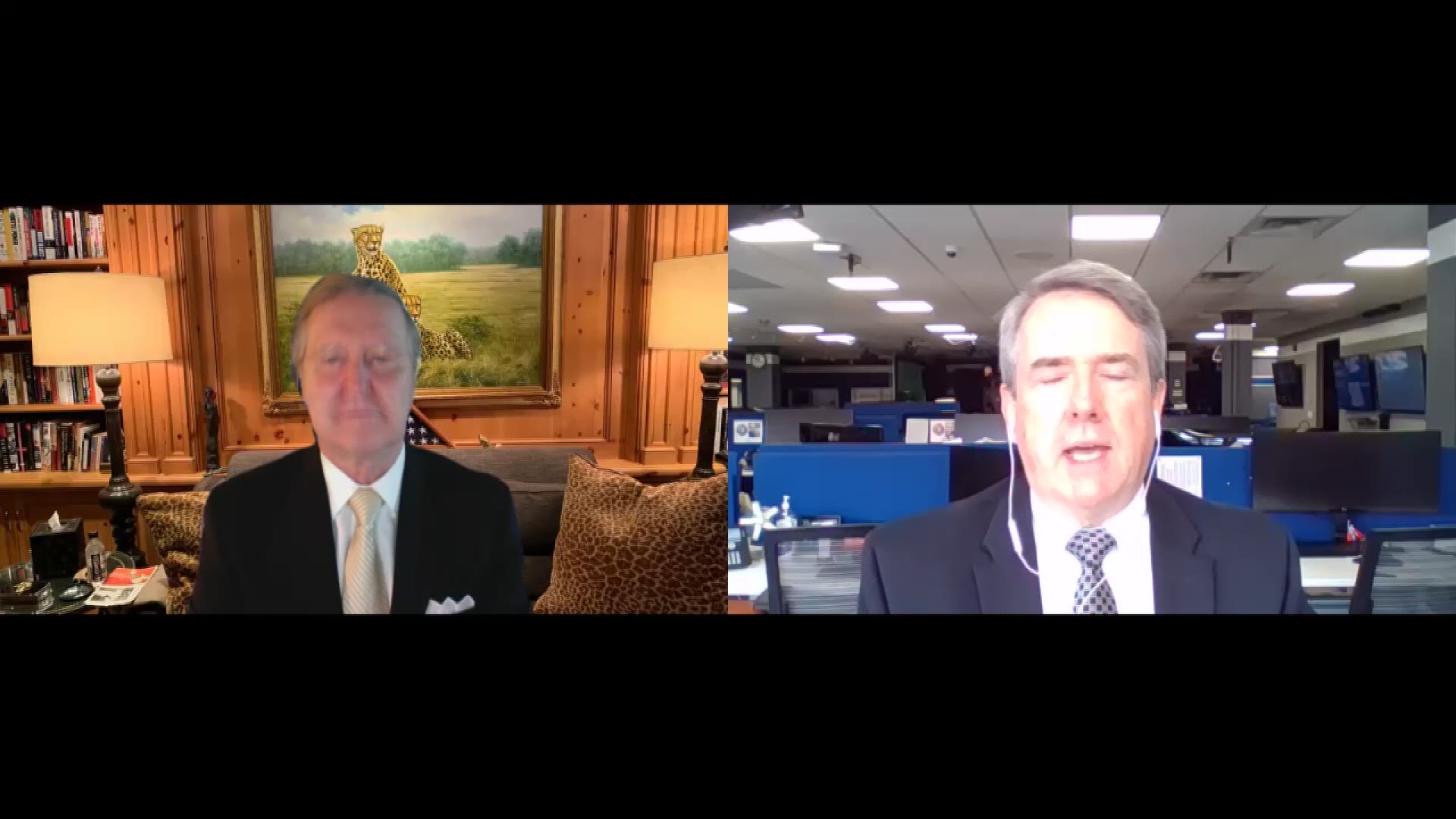 WASHINGTON, D.C., USA — EDITOR'S NOTE: The video above was produced by NEWS CENTER Maine this past July. Pat Callaghan had a one-on-one conversation with frm Defense Secretary and Maine Senator William Cohen about President Donald Trump.

During a Friday evening interview with CNN's Wolf Blitzer, former Defense Secretary, and Maine Sen. William Cohen had some harsh words for President Donald Trump after this week's events at the U.S. Capitol Building.

Cohen said President Donald Trump being in office is "a clear and present danger to national security." He told Blitzer the sooner Trump is out of office, the better.

Cohen said it's not just Trump's access to nuclear codes that worry him, but also Trump's lack of cooperation with handing power over to president-elect Joe Biden.

"We've always worried during a transition period that we're more vulnerable because we have a new team coming in, the old team being replaced, adversaries look for weakness when they can strike us," said Cohen. "The danger here is just the reverse of him ordering something, but rather, an adversary trying to take advantage of this transition of power and do something that would warrant the president taking action. So then we have a situation where the president may be inhibited from taking action by virtue of the fact that everyone is concerned that he's doing it for immoral illegal, purposes, and yet, we are in danger."

Cohen has been critical of President Trump since Wednesday's rally and attack on the Capitol Building.

During an interview with CNBC earlier this week, Cohen said, "These people are not patriots, they're thugs."

"They wave the flag while they're shredding the Constitution," Cohen said of rioters at the Capitol. Cohen added that if Trump does not "step up," then he should "step down."

Cohen stepped up his criticism of President Trump's actions.

"What did he say to the people who have incited this riot? He incited it.
Sedition is called for; sedition. What did he say? We love you. That's the last words," Cohen said.

"He should remember if they put those pictures up of the people who stormed the capital and who killed, killed, a number of people — four that we know about at this point — and not a word comes out of our commander-in-chief to the families of those who have been murdered and killed in the stampede and whatever. Not a word of condolence. Not a word of compassion. Simply saying we love what you've done on Capitol Hill."

Cohen referred to President Trump's message to rioters shortly after the Capitol Building insurrection was quelled.

President Trump told supporters, "I know your pain, I know you're hurt. We had an election that was stolen from us. It was a landslide election and everyone knows it. Especially the other side. But you have to go home now. We have to have peace."

"We love you, you're very special," said President Trump.

"That's the danger where we have a president who is under siege. He is, I believe, incapable of carrying out the duties of the office of the president to protect us," said Cohen. "But him being an office is it is a danger to our national security, particularly as he has been celebrating what's the Proud Boys did on Capitol Hill."

As of Friday evening, more and more officials called for Trump's removal.