A federal appellate court in Boston has rejected Rep. Bruce Poliquin's lawyers' request for an emergency injunction to block the certification of 2nd Congressional District opponent Jared Golden as winner of the Nov. 6 election.

The 1st U.S. Circuit Court of Appeals filed the order Friday, stating the request "[did] not show movant to have a strong likelihood of success on the merits." 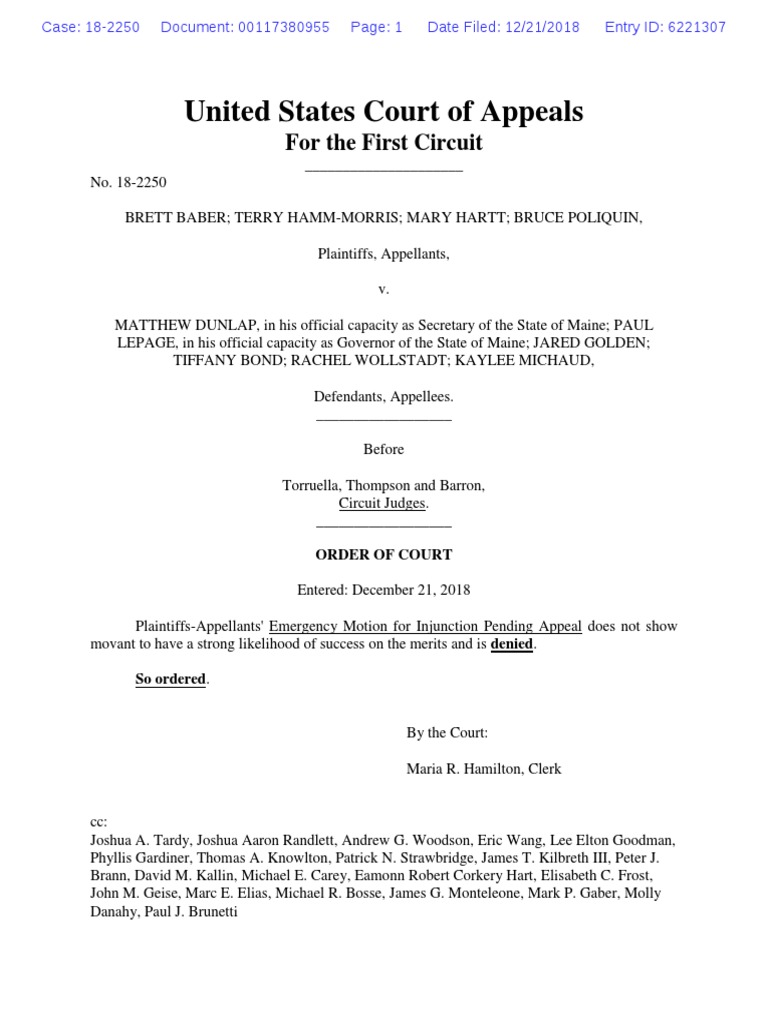 The Maine Secretary of State's Office released the following statement on Twitter regarding the federal court ruling:

Poliquin and his lawyers continue to seek the appeal of a Dec. 13 ruling on the constitutionality of ranked-choice voting. That lawsuit was filed on Nov. 13.

A federal judge in Bangor rejected the suit on Dec. 13, stating that he failed to see how Maine's candidate-ranking system undercut voters' First Amendment rights "in any fashion," and contended that RCV "actually encourages First Amendment expression, without discriminating against any voter based on viewpoint, faction or other invalid criteria."

Poliquin's lawyers filed an appeal request Monday and are hoping that the 1st U.S. Circuit Court of Appeals considers hearing the case.