The president says those industries are bigger and better than ever. Are they? 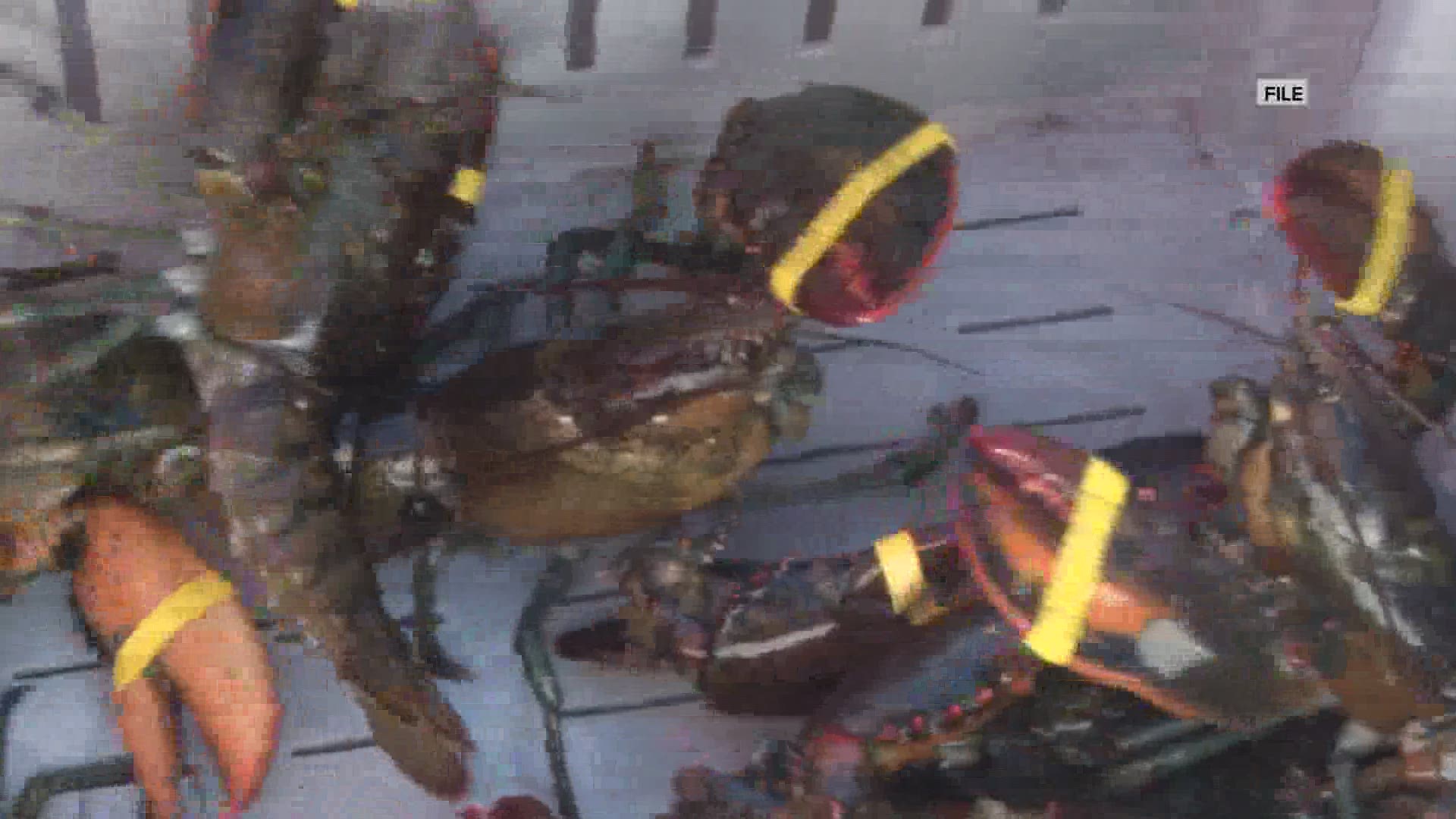 President Donald Trump announced that he is directing the Department of Agriculture to provide U.S. lobster fishermen with financial assistance to make up for lost income from Chinese tariffs.

He signed a memorandum on Wednesday that calls on the agency to make subsidies available to the lobster industry. These subsidies would be like those given to soybean and other agricultural growers. The president is also directing the U.S. trade representative to report by July 15 on whether China is beginning to comply with $150 million in lobster purchase commitments under the “phase one” agreement signed by the president earlier this year.

The tariff issue was raised with the president this month when he held a round table discussion about the fishing industry during a trip to Maine.

Wednesday night he tweeted: "Pres. Obama destroyed the lobster and fishing industry in Maine. Now it’s back, bigger and better than anyone ever thought possible. Enjoy your “lobstering” and fishing! Make lots of money!" According to the Department of Marine Resources, that's not true.

Above, this is a graph of the lobster catch every year dating back to 1950. In 2016, the lobster industry reached its current peak with 132 million pounds caught and a value of $540 million. It is worth noting that the price per pound of lobster last year was $4.82, the highest mark in state history.

As far as the overall fishing industry goes, the Department of Marine Resources graph looks similar to the lobster graph. 2016 is the current peak year financially at $733 million and 2012 is tops for a total catch with 318 million pounds caught.

Governor Janet Mills responded to the President's Memorandum saying:
“Earlier this year, I wrote to the President asking him to marshal the resources of the Federal government to support Maine’s seafood industry during this unprecedented time. My Commissioner of Marine Resources, Pat Keliher, also wrote to Peter Navarro, the President’s Director of the Office of Trade and Manufacturing Policy, urging him to prioritize trade policies that will help our lobster industry regain its competitive footing.

"After years of hammering Maine’s fishermen with shortsighted trade wars, I am pleased the President is beginning to recognize the harm his Administration’s policies have caused and now wants to take steps to rectify them. This is a welcome step forward. My Administration will continue to work closely with Maine’s Congressional delegation to support our hardworking fishermen and seafood producers. Their work is the lifeblood of our coastal communities and a cornerstone of our economy.”