Fact check: Jared Golden does not support 'defunding the police'

Despite claims made in a new attack ad by the 'Dale Crafts for Congress' campaign, Jared Golden's voting record shows he does not side with efforts to defund police. 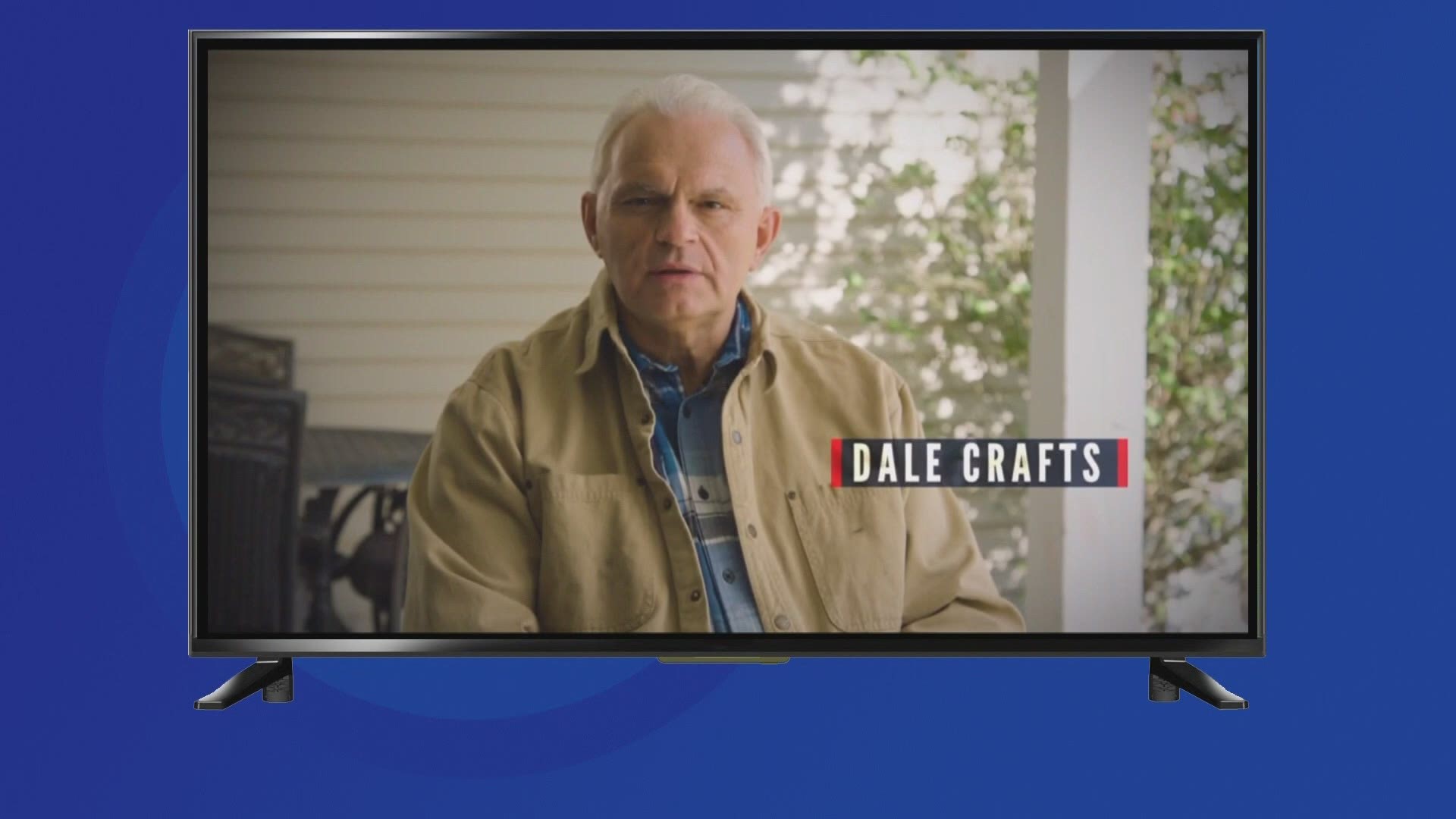 If you haven't seen the ad, the narrator says, "Burning of our cities and looting of our small businesses is an outrage. There are extreme liberals who want to defund the police and Jared Golden sides with them. Golden and Washington liberals voted to restrict funding for police, cut funds to fight drug traffickers and support dangerous sanctuary cities."

Cut to a shot of Republican candidate Dale Crafts saying, "I'm Dale Crafts. In Congress, I'll fight for our neighborhoods and our families. I support this message because I'll support our police always."

We begin by focusing on the central claim made in the ad: Whether Jared Golden supports "defunding" police.

On June 25, Congressman Golden voted with the Democratic majority to pass what's known as the "George Floyd Justice in Policing Act of 2020."

The act makes it easier for people claiming abuse by police to sue departments, get officers fired and -- if serious enough -- require they face charges.

It would also ban chokeholds and "no-knock" search warrants, and require bias training and more data sharing about police use of force.

The sweeping police reform bill would withhold funding from police departments if they didn’t meet certain criteria and it has been criticized for limiting police protections. That said, it does not strip funding from departments.

The day after the bill passed, Golden released the following statement:

“We should not forget that the vast majority of the men and women who serve in law enforcement are honorable public servants who put their lives on the line on a daily basis to protect us and our communities. I am grateful for the work they do and strongly disagree with the rhetoric used by those who seek to malign all police officers or ‘defund the police.’ That is the wrong approach.”

Furthermore, Congressman Golden is a co-sponsor and lead Democrat on a different bill that protects police funding.

H.R.7632, the Defund Cities that Defund the Police Act of 2020, would "prevent jurisdictions that completely defund the police from receiving certain federal grants." The bill is currently in the introduction stage.

With these actions in consideration, the central claim laid out in the ad is false. Congressman Jared Golden does not support "defunding the police."

“Jared Golden’s record of siding with the extreme liberals of his party speaks for itself, which is why he has been named Maine’s most partisan member of Congress. However, now that an election is on the line he has tried to change his positions and hide from the truth. In Congress, I will be a fierce advocate for our brave law enforcement officers.”

To direct focus to the more specific claims made in the ad about Jared Golden voting to "cut funds to fight drug traffickers and support dangerous sanctuary cities," the Crafts campaign points to a few specific votes Golden made as a Maine State Representative, before being elected to the U.S. Congress.

In regards to his "cutting funds to fight drug traffickers," the campaign points to a 2015 vote by then State Representative Golden. Golden voted "nay" on LD 1019, an appropriation bill. According to the State of Maine Legislature website, LD 1019 was "An Act Making Unified Appropriations and Allocations for the Expenditures of State Government, General Fund and Other Funds and Changing Certain Provisions of the Law Necessary to the Proper Operations of State Government for the Fiscal Years Ending June 30, 2016, and June 30, 2017."

In regards to his support of "dangerous sanctuary cities," the Crafts campaign points to LD366, the 2017 "Act To Ensure Compliance with Federal Immigration Law by State and Local Government Entities." Then Maine State Representative Golden voted 'yea.'

The campaign also points to LD 1833, the 2018 “Act To Facilitate Compliance with Federal Immigration Law by State and Local Government Entities," in which Golden voted 'yea.'

"Golden voted against his party to prohibit defunding the police or establishing a sanctuary city in the nation’s capital, one of just nine Democrats to do so."