Eric Trump to campaign in Maine and NH on Thursday 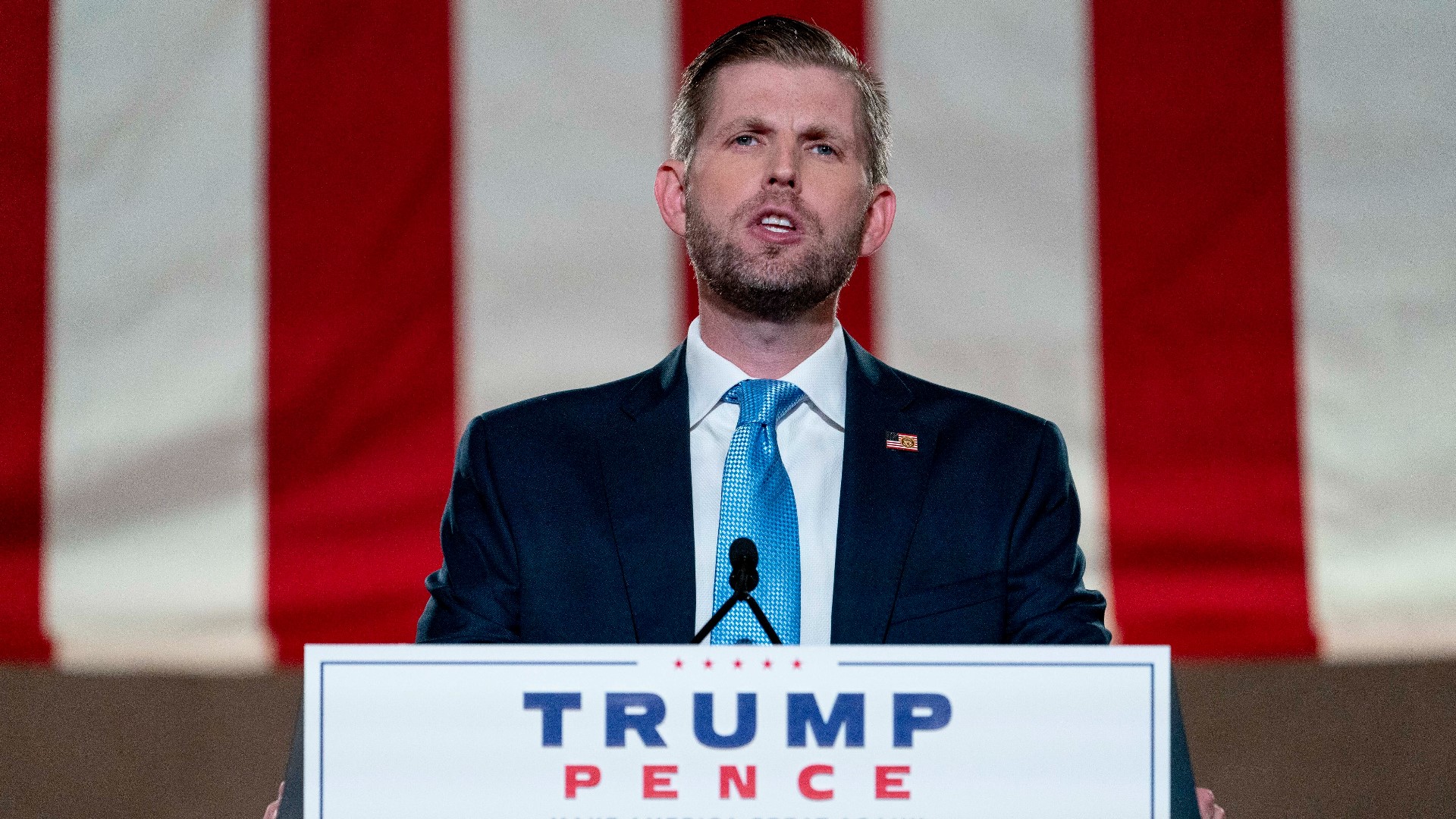 According to a press release, Eric Trump will first stop in Portsmouth, N.H., for a "Make America Great Again!" event at the Portsmouth campaign field office. The event description does not say what the event will entail but a release says he will "speak directly with the American people, spreading President Donald J. Trump's Make America Great Again agenda."

Then, continuing with his father's rhetoric and message of supporting the Maine lobster industry, Eric will head to the Camp Ellis Pier in Saco for the next "MAGA" event titled "Fighting for Maine Lobster with Eric Trump."

Last month Trump said he thinks he should win Maine because of measures he's taken to help the Maine lobster industry.

Pres. Obama destroyed the lobster and fishing industry in Maine. Now it’s back, bigger and better than anyone ever thought possible. Enjoy your “lobstering” and fishing! Make lots of money!

Saco City Administrator Bryan Kaenrath says the campaign event will be in a parking lot, which is City property. The Trump campaign will be renting the space and will reimburse costs associated with public safety. Secret Service will handle the logistics of the event, but Saco police will be providing additional support for public safety.

Kaenrath says the City has no official involvement with the event, other than allowing the campaign to rent the space from them. However, Kaenrath says he and Saco Mayor William Doyle may try to bend Eric Trump's ear after the event to shed light on the ongoing erosion Camp Ellis Beach.

Kaenrath says there is no formal meeting, but they're hoping to catch him to talk for a few minutes about a potential project with the U.S. Army Corps of Engineers that would help remedy the erosion. The City Administrator says because this is not a formal meeting, it does not have to be approved by the City Council.

Eric was in Georgia on Tuesday before making the trek north to New England and onto Pennsylvania on Friday.

Eric Trump isn't the only one of Trump's children to hit the campaign trail in the family-first political strategy that targets battleground states across the country. Ivanka will be traveling to four states in four days, while Don Jr. is set to travel to seven more states, headlining rallies, events, and fundraisers.

RELATED: Jill Biden to campaign in NH on Wednesday