What's on your ballot? What you need to know about Maine's 2019 election

In addition to local issues, there are two statewide issues Mainers will vote on next Tuesday. 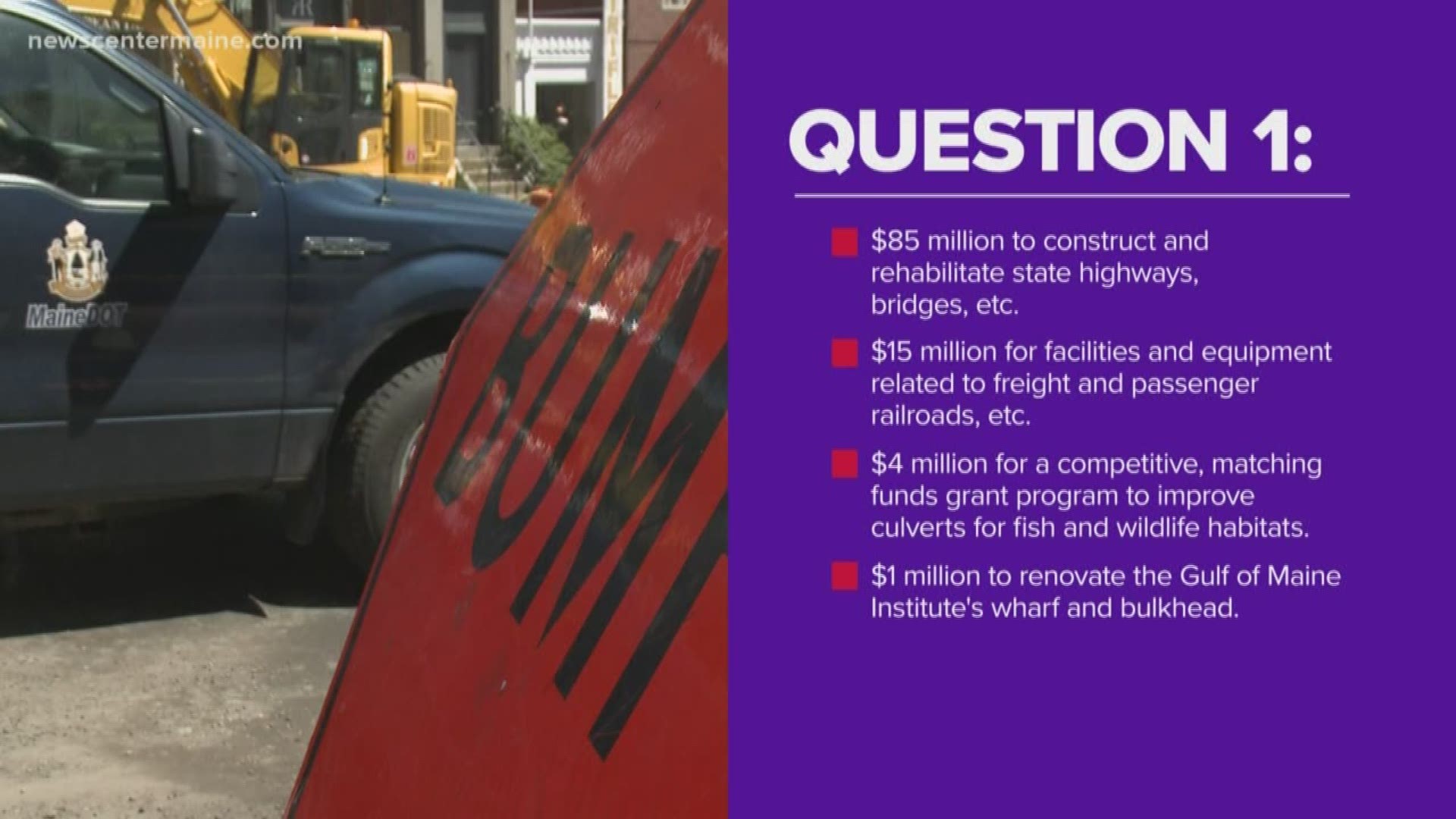 MAINE, Maine — Mainers are one week away from casting their ballots at the polls, this year they will have the chance to vote on two different statewide issues.

The first is a transportation bond. It reads:

Question 1: Do you favor a $105,000,000 bond issue to build or improve roads, bridges, railroads, airports, transit and ports and make other transportation investments, to be used to match an estimated $137,000,000 in federal and other funds?

If approved, the ten-year bond would fund several projects. A total of $100-million dollars would be used for upgrades to bridges, secondary roads, state highways and other transportation infrastructure statewide under the helm of the Maine Department of Transportation, according to the Secretary of State's website.

$4-million dollars would be used in a matching grant program for municipal culvert upgrades via the Maine Department of Environmental Protection.

Additionally, $1-million dollars in funds would be used to renovate the wharf and bulkhead at the Gulf of Maine Research Institute in Portland.

If the bond is approved -- $137-million dollars in funding will be matched in federal and other funds.

The second referendum question pertains to making an amendment to Maine's constitution, it reads:

Question 2: Do you favor amending the Constitution of Maine to allow persons with disabilities to sign petitions in an alternative manner as authorized by the Legislature?

The referendum question is asking voters if they want to approve a constitutional amendment which would allow people with a disability to sign petitions in an alternative way, such as a signature stamp or the signature of a designated voter.

It supports existing Maine law which already allows this, but takes it a step further by making it an actual part of Maine's constitution. According to the Maine Secretary of State's official website:

"Adoption of the proposed Constitutional amendment would expand the scope of this election statute so that voters with certain physical disabilities would also be able to sign citizens’ initiative petitions and people’s veto petitions."

Clarification: Voters in Bangor don't actually choose a Mayor. Instead, they vote for City Councilors who among themselves choose a council chairperson.