Maine will be the first state in US history to use ranked-choice voting in a presidential election. So, what is it and how does it work? We’ll explain. 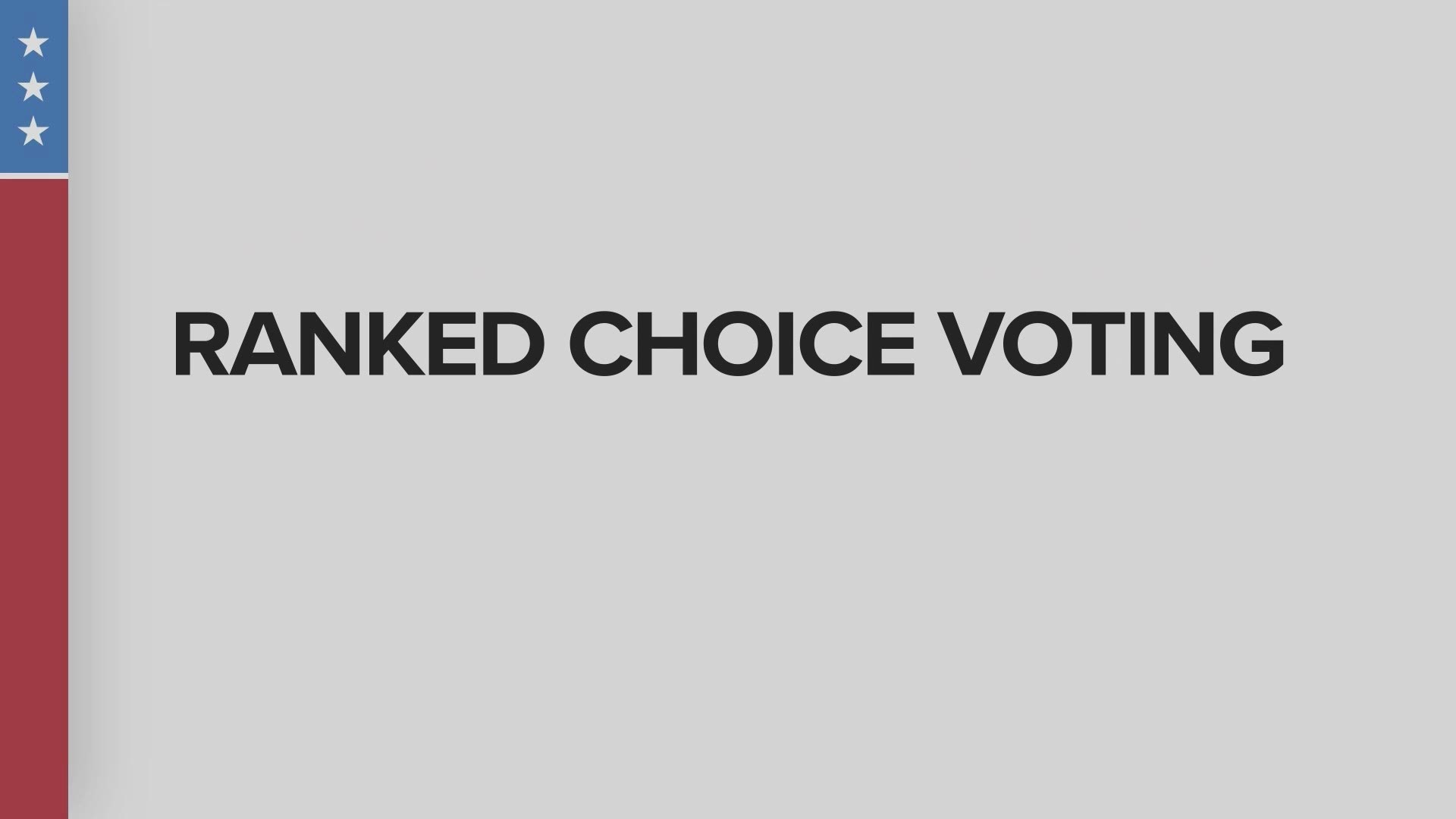 AUGUSTA, Maine — After years of petitions, court decisions, and appeals, Mainers will finally experience the state law that was approved in 2016 which expanded ranked-choice voting to presidential elections. Maine’s highest court cleared the way for the ranked-choice format in the upcoming General Election after the Maine Republican Party’s “People’s Veto” failed to make the ballot.

So, what is ranked-choice voting, and how does the process work?

Voters rank candidates in order of preference, and no winner is declared until one candidate receives at least 50 percent of the vote. RCV is only applied when there are three or more candidates running for the same office.

In the General Election on Nov. 3, the U.S. Senate race features four candidates—Sara Gideon (D), Susan Collins (R), Lisa Savage (I), and Max Linn (I)—so voters will choose their candidates in order of preference by marking candidates as their first, second, third, and subsequent choices.

The votes are tabulated in rounds, with the lowest-ranked candidates eliminated in each round until there are only two candidates left. The candidate who is determined to have received the majority of the votes (more than 50 percent) in the final round is declared the winner.

RCV is different from Maine’s previous method of voting, in which voters choose only one candidate for each office and the winner is determined by a plurality (whoever gets the most votes).

The same will go for the presidential race, where in addition to the Democratic and Republican candidates (Joe Biden and Donald Trump), three other candidates will be on the ballot: Jo Jorgensen (Libertarian), Roque “Rocky” De La Fuente (Alliance Party), and Howard Hawkins (Green Party).

RELATED: Who are the third party candidates running for president?

"I'm a big supporter [of ranked-choice voting] and hope it passes here in Massachusetts—we really are following Maine’s example on this," @ewarren says. #VoiceOfTheVoter @newscentermaine pic.twitter.com/kC4v4OdZKr

If no candidate wins a majority of votes on Election Night in the races that have three or more candidates, the ballots and memory devices from each municipality are securely transported to a central tabulation site in Augusta. There, the winner is determined via rounds.

Secretary of State Matt Dunlap says two of the most commonly asked questions are: Do you have to rank the candidates? And can I rank my favorite candidate more than once?

You don't have to rank the candidates, if you want to vote for one person in your first place spot and no one else, you can do that.

You can rank your favorite candidate as many times as you want, but your vote will only be counted once.

How do you mark the ballot?

The ballot will appear in a grid. To rank your first choice candidate, simply fill in the bubble next to their name in the “1st Choice” column.

You can rank the other candidates in the order you choose. Voters are not required to rank the remaining candidates. If they choose to do so, voters can rank as many of them as they’d like, out through the fifth choice.

Is the tabulation process safe and secure?

The Secretary of State’s Office says RCV tabulation will not be online in any way, at any point in the process. All computers related to ballot layout and tabulation are also closed systems, not connected to any sort of network or internet. Ballots and memory sticks from tabulation machines are locked and sealed, with strict procedures establishing the chain of custody. Those procedures will be retained with RCV.

The software to determine the results will be operated on hardwired computers that are on a closed system. None of the tabulator machines currently in use statewide have connectivity capability, and Maine uses paper ballots for all elections, which are fully auditable.

The only aspect of Maine's voting system that is connected to the internet is the Central Voter Registration system, which allows municipal clerks to update voter information. However, it is password-protected and monitored by in-house Information Services staff for any attempts at unauthorized use. Additionally, Maine has same-day voter registration, so no voter can be disenfranchised at the polls due to an error related to their registration.

How will this affect the Presidential Election?

Maine is the only state in the country that will be using ranked-choice statewide for the Presidential Election.

Ranked-choice is only used if there are three or more candidates in a race— if the race is just two people you choose the candidate you want to vote for.

And finally, about the use of ranked-choice voting in Maine, @mercedesschlapp says: Rank @realDonaldTrump first to get over the 50% mark "so we don't have to be worrying about ranked-choice voting." #Voiceofthevoter @newscentermaine pic.twitter.com/w3zQuTGxTf