This new ad paid for by the Trump campaign shows fire and fury, side-by-side with an empty emergency dispatch center. 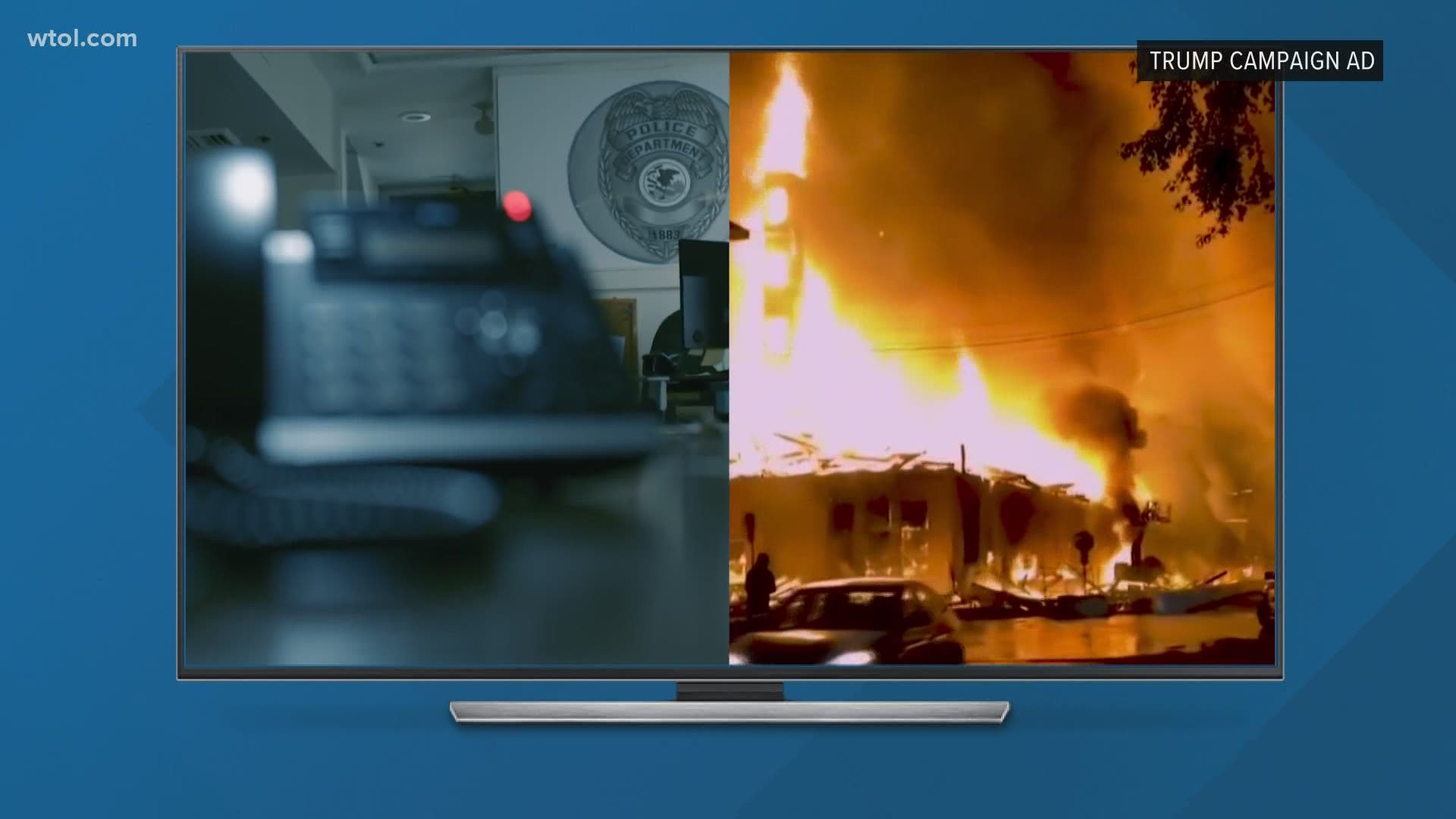 It's a movement that gained steam in the wake of George Floyd's death at the hands of Minneapolis police.

But those three words have become the target of Republican campaigns, including President Donald Trump's, to discredit the movement.

But what does 'defund the police' actually mean and how would this measure work? We take a look.

This new ad paid for by the Trump campaign shows fire and fury, side-by-side with an empty emergency dispatch center.

The commercial aims to show the reality if Democrat Joe Biden wins the White House this November, ending with a warning that folks won't be safe under a Biden administration because police departments will be defunded.

But the ad is misleading because while some Democrats and Biden supporters have called to defund or abolish police departments, Biden himself is not one of them.

“I don’t support defunding the police,” Biden told CBS News’ Norah O’Donnell in a June interview. “I support conditioning federal aid to police based on whether or not they meet certain basic standards of decency and honorableness.”

It's important, however, that we explain what defunding the police actually means because it's not as simple as just draining a department's bank account overnight.

The managing director of the Black Lives Matter organization, Kailee Scales, tried to break down the movement in this video.

We've heard from many of you regarding what would happen if there were an emergency, and you called 911. Remember, in this ad, it appears as though nobody would be on the other side of the phone.

However, that isn't the case.

And if the money is invested elsewhere, better-trained professionals could help solve a lot of issues.

So while dramatic and technically not false, this ad is misleading about defunding the police, as well as Joe Biden's feelings on the movement.