The court's ruling means the Sec. of State's Office could begin printing ballots under the original determination that the people's veto did not make the ballot. 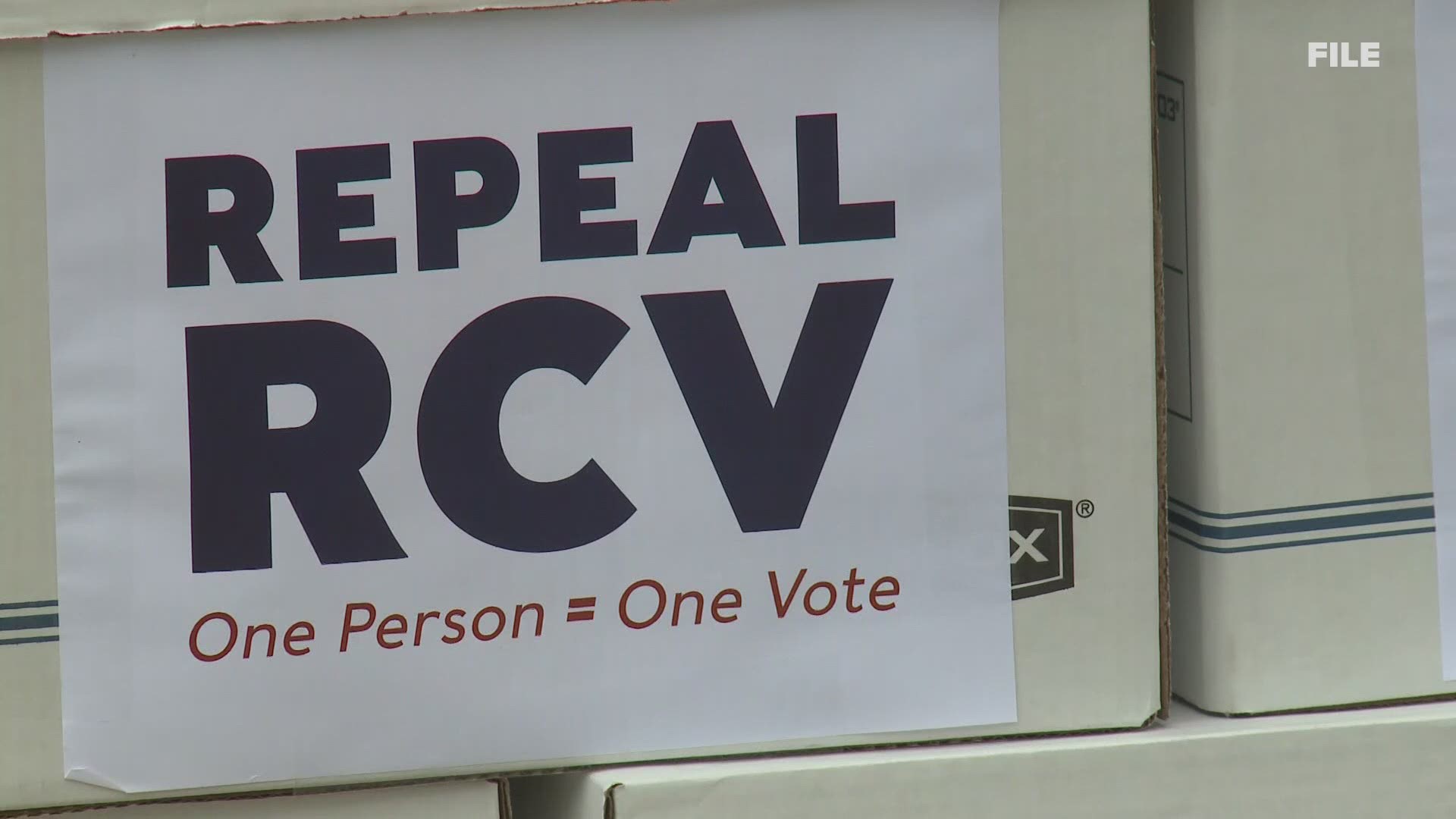 PORTLAND, Maine — Confusion and uncertainty over ranked-choice voting in Maine intensified Tuesday as the Maine Supreme Court made a ruling that potentially cleared the way for the process to be used in the presidential election in November.

The court ruled on Tuesday that the appeal of the Superior Court decision to the Supreme Judicial Court has the effect of placing an automatic stay on the effectiveness of the Superior Court decision, with no motions for a stay being necessary, the Maine Secretary of State's Office explained in a statement. The Court will decide the merits of the case after the parties file briefs on the merits.

Tuesday's ruling leaves in place Secretary of State Matthew Dunlap's original determination that the people's veto effort did not have sufficient signatures to get on the November ballot.

“Because of Federal deadlines regarding providing printed ballots to military and overseas citizens abroad, we must tell the printers to begin their work [Tuseday]," Dunlap said in a statement. "We thank the Court for their swift clarification, understanding that this is not a ruling on the merits. But now we have to begin the work of bringing the election to the voters of Maine,” Dunlap said.

Dunlap says they are currently printing the ballots without the people's veto question, as the court allows, and with ranked-choice voting for president. However, whether or not the ranked-choice tabulation would actually be used has yet to be decided, which will be determined when the court rules on the merits of the case.

Legal sources say if the people's veto question is not on the November ballot, it will likely be held until the next election.

A Republican group launched a petition drive earlier this year trying to block ranked-choice altogether, but Dunlap said it didn't have enough valid signatures to get on the ballot.

Nearly 1,000 signatures were originally excluded by the Secretary of State because they failed to be collected by a registered voter as required by the Maine Constitution.

The group went to court and a judge ruled that they did have enough valid signatures to put the people's veto question on the November ballot, blocking the use of RCV in the presidential race. Dunlap appealed that ruling and on Thursday Maine's supreme court heard 11th-hour arguments aimed at stopping the GOP-led referendum on RCV.

The Maine GOP issued a statement on Tuesday saying they will "continue to fight to ensure voices of Mainers are heard."

"Today's Maine Judicial Supreme Court decision was not on the merits of the People's Veto to repeal ranked choice voting in Maine's presidential elections. It is simply a procedural order holding that an automatic stay is in place until the issue is resolved in the court, as with any appeal of this nature," the Maine GOP said. "Regardless of what Secretary of State Matt Dunlap is telling the media, today's ruling does not mean that ranked choice voting will be used in the Presidential election. The Superior Court rejected the Secretary of State’s arguments on the merits, and the issue will soon be resolved by the Maine Judicial Supreme Court. We will continue to fight to ensure the voices of Mainers are heard."

The court will decide the merits of the case after the parties file briefs on the merits, Dunlap says.