More than 133,000 Mainers have already voted

About 38% of voters have returned their absentee ballots as of Oct. 13, according to data from the Sec. of State’s Office. 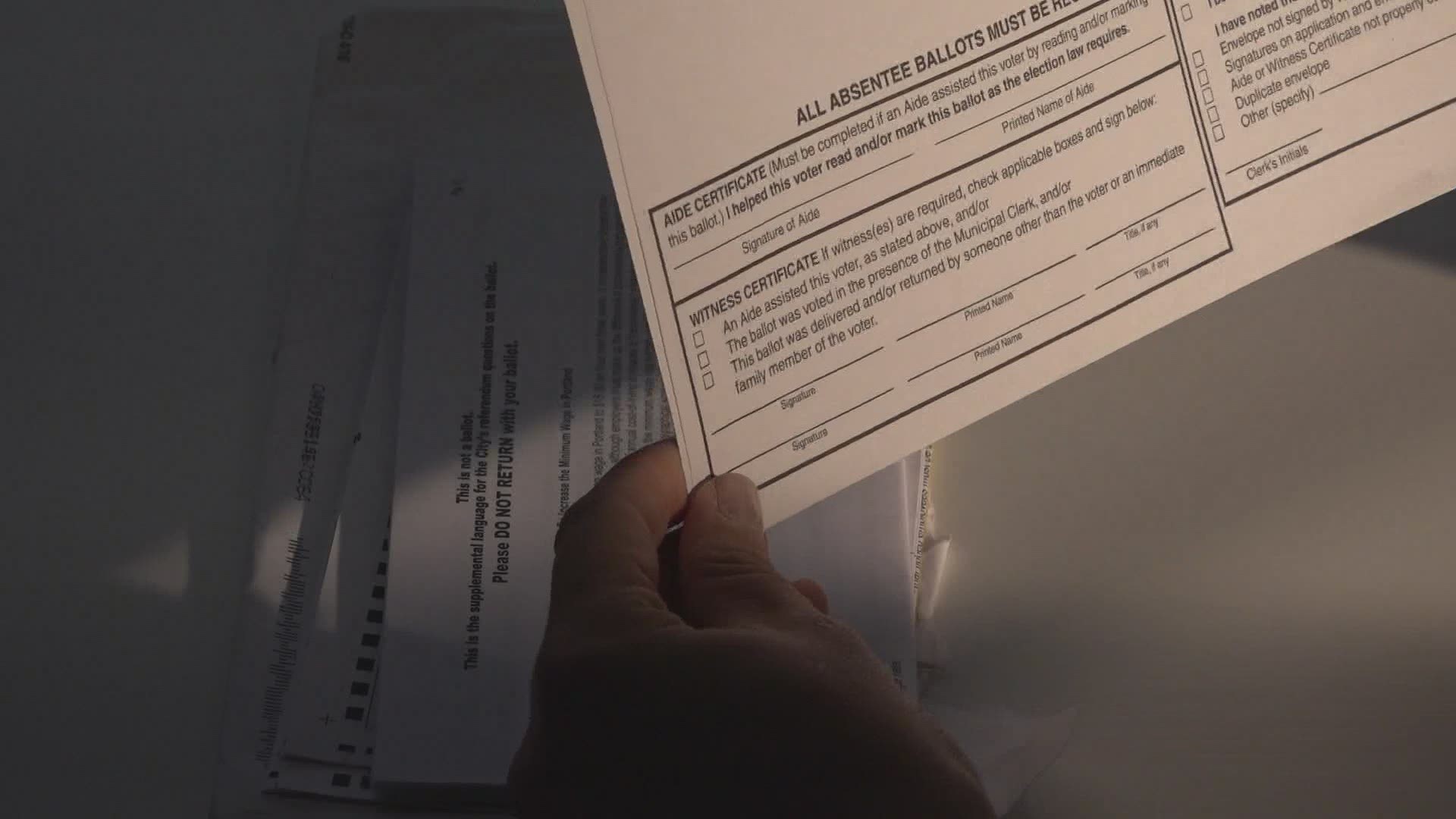 AUGUSTA, Maine — Early voting records in the U.S. have already been shattered as data shows more than 10 million people have already voted in the 2020 General Election—and there’s still three weeks until Election Day. Mainers account for more than 133,000 of those votes, according to data from the Maine Secretary of State’s Office.

Of those sent out, 133,088 have already been returned, including by mail and by voting early in person; 798 ballots were “rejected.”

There are two main reasons a ballot would be rejected:

Given that Election Day is still weeks away, the more nearly 800 ballots that have so far been rejected are likely due to an error in the signature on the ballot.

"The signature is important because it's our linkage between the ballot and the voter," Secretary of State Matthew Dunlap says.

RELATED: Two reasons your ballot could be 'thrown out' in Maine

The Secretary of State's Office says they have "specifically advised clerks to make a concerted effort to cure any ballot defects that would result in the rejection of absentee ballots, even before it is marked as 'REJ' in the tracker service."

If there's enough time, your clerk's office should contact you to remedy the signature issue, but there's not always time, so make sure you sign.

The data also breaks down request and return data by party affiliation. Since the request service opened in August, Democrats have accounted for a majority of requests and have maintained their lead since with about 54 percent of requests. That’s compared to Republicans’ 19 percent.

Any registered Maine voter may choose to vote absentee, either via mail or in-person at their town or city hall prior to Election Day. The deadline to request an absentee ballot is Oct. 29.