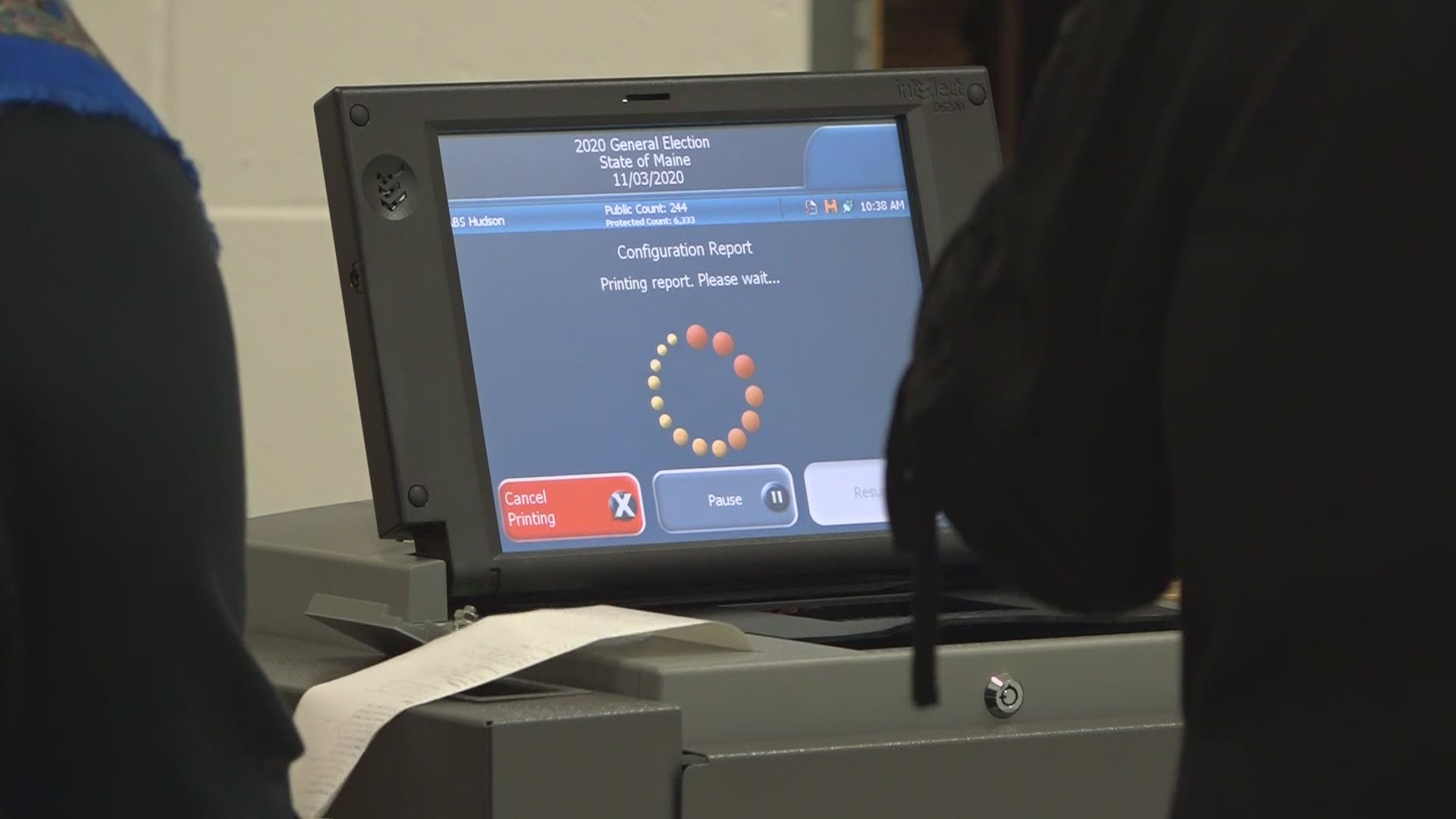 HUDSON, Maine — The 2020 General Election may be several months behind us but Penobscot County had to tabulate some of its election results again on Monday.

The Office of the Secretary of State said a discrepancy in the absentee results for the town of Hudson was discovered by the town clerk while completing some post-election work.

Representatives from Maine’s political parties were on hand to observe the process.

After officials ran a new tabulation report from the ballots, the omitted votes were located.

"As you can see, at the end it matched and we had it said from the election division also cause they were on the phone," she said.

Saunders said it was a record turnout for the town and it was the first year they allowed early processing of votes.

The Office of the Secretary of State says there were not enough missing votes to have altered the outcome of any races on the town’s ballots.