Governor LePage said his misgivings about ranked-choice voting are so serious that he will 'probably not certify the election,' and will instead leave it up to the courts to decide 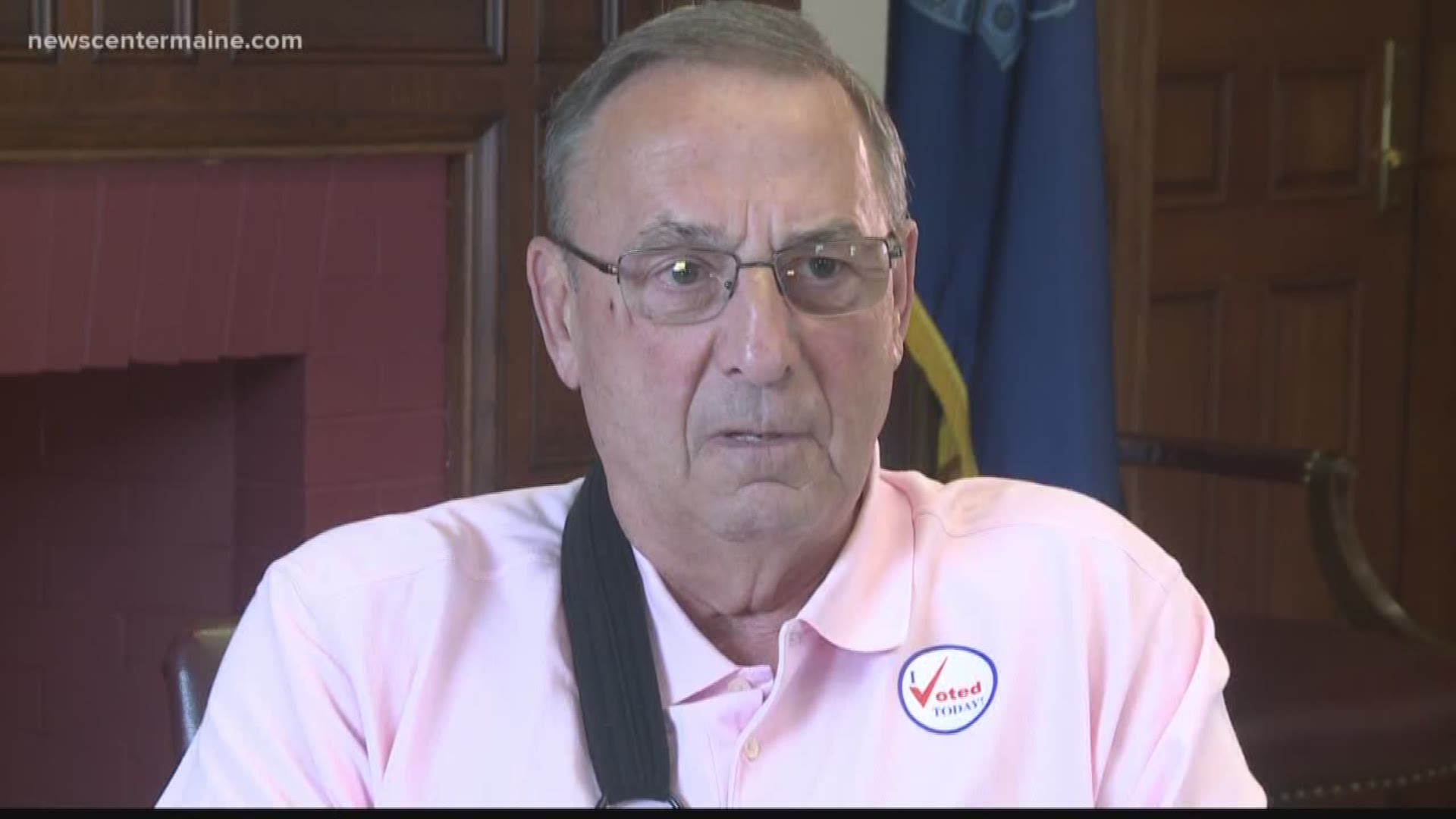 AUGUSTA (NEWS CENTER Maine) -- On the day Mainers head to the polls, Gov. LePage says he may not certify the votes they are casting.

Maine became the first state in the nation to implement ranked-choice voting (RCV) statewide in the primary elections held on Tuesday, June 12.

"It's the most horrific thing in the world," LePage said in an exclusive interview with NEWS CENTER Maine's Zach Blanchard.

Gov. Paul LePage said he sides with people who raised questions about the constitutionality of ranked-choice voting.

RCV creates a mechanism to eliminate the awarding of elections to the winner of a plurality of votes in races involving multiple candidates. To reach a majority, voters rank the candidates in order of preference. As the lowest ranked candidates are eliminated, votes are redistributed to the next most favored candidates on those ballots until a majority winner is reached.

#BREAKING: @Governor_LePage tells me he will 'PROBABLY NOT' certify the results of today's election, will 'leave it up to the courts to decide'—calling ranked-choice voting the 'most horrific thing in the world.' #NEWSCENTERmaine pic.twitter.com/wrKSofz7ov

LePage said his misgivings about RCV are so serious that he will "probably not certify the election," and will instead leave it up to the courts to decide.

After checking with the Attorney General's office, Maine Secretary of State Matt Dunlap says LePage cannot block the outcome of the vote on June 12 because Maine law states the Governor's authority to deny certification applies only to general elections, not primaries.

Kyle Bailey, spokesperson for the Yes on 1 campaign to keep RCV, said in response to LePage, "This is the same Governor who has ignored the will of the people again and again. It is outrageous that the Governor would be questioning the validity of a free and fair election while the people of Maine are casting their ballots. We urge people to vote Yes on 1 to protect ranked-choice voting."

Although Mainers approved the use of RCV by referendum, LePage said voters were "snookered by out-of-state big money and out-of-state people."

Another referendum on the ballot, known as a "people's veto" in the current election, asks voters if they want to continue RCV.