As of October 5, voters in major Maine cities like Portland, Lewiston, and Bangor are able to cast their absentee ballots early in person. 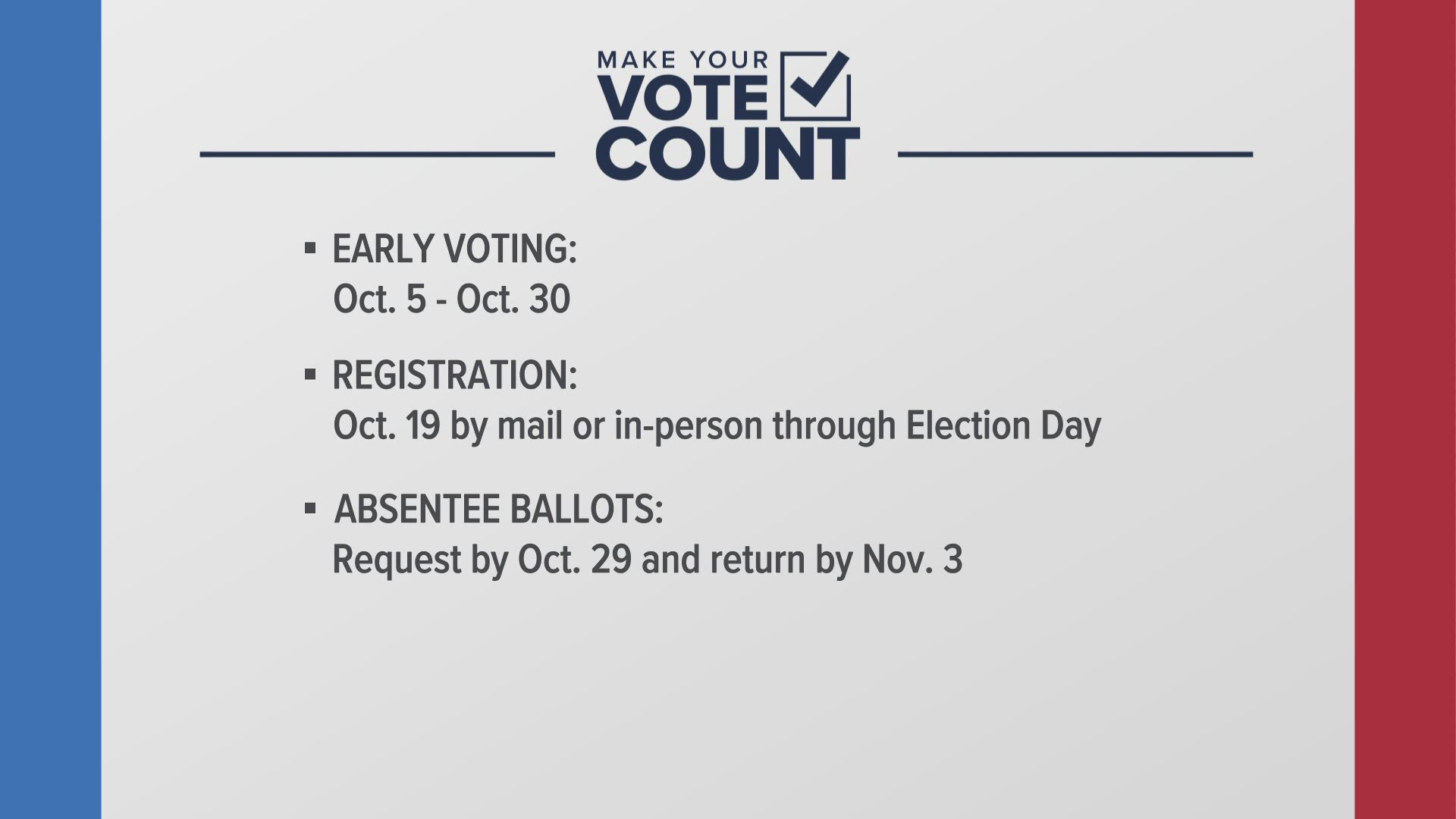 October 5 is the official starting date for early in-person voting in Maine's major cities, like Portland and Lewiston. In Bangor, the process began last week when the City received its ballots.

For those who do not want to wait in long Election Day lines and are hesitant about voting by mail, this is an option that allows people to fill out a ballot in person and then give it back to city officials to hold onto until it is time to officially cast the votes.

I’m LIVE this morning at Bangor City Hall to talk about early in-person absentee voting. That process began here last week when the city received its ballots — but today, Portland and Lewiston are other major cities that will join. Details on @newscentermaine. #wakeMEup pic.twitter.com/oTi8xsJj2a

There was a steady flow of voters in Lewiston and Portland Monday morning.

"We're working really hard to keep our community safe and healthy, our election workers, the voters everyone safe and healthy," Lewiston City Clerk Kathy Montejo said. "We're really excited that the voters are embracing the early polling place and are turning out."

According to the Secretary of State's Office, absentee ballots can normally be opened and organized three days prior to the election for processing, but this year, Gov. Janet Mills signed an order that extended the period to seven days before the election.

Given the influx of absentee ballots this election, the extension will allow the State extra time to organize the ballots so they can be officially counted when the polls close on Election Day.

Most absentee ballots should be sent out to the people who have already requested them, starting October 5. Officials say if you are voting absentee, it's important to get your ballot in as soon as possible. If you are mailing your absentee ballot in, you should do so at least a week before Election Day, since all ballots must be returned that day by 8 p.m.

The Secretary of State's Office says if all absentee voters wait until Election Day to send in their ballots, that extra time allotted to sorting won't have an effect, which is part of the reason why election officials are pushing the message to get your ballots back to your clerk as soon as possible.

The deadline to register to vote by mail is October 19, and the deadline to request an absentee ballot is October 29. If you get your ballot later on and are concerned about not having enough time to mail it in, you can submit it to your city or town's ballot drop-box.

Officials say you shouldn't be concerned about your ballot being processed if you send it by mail, as long as you do it early enough and sign the envelope. They do say, though, that it's important to take action early on, since this is likely going to be a very busy election, especially because of COVID-19 social distancing precautions.

"The turnout is going to be huge—very high numbers, higher than we normally see in a presidential election," Lisa Goodwin, Bangor's city clerk, told NEWS CENTER Maine in a September 14, 2020 interview. "We’re gearing up for that, and we’re getting the workers that we need to fill all of the spots to help the voters."

In a press release, the City of Portland noted that if you have already requested an absentee ballot and then decide you want to vote early in person, you should bring your ballot with you. If you no longer want to absentee vote, you can vote as per usual at your polling place on Election Day, as long as you have not returned your absentee ballot.

Per a new tracking system via the Secretary of State, you can view the status of your absentee ballot here.