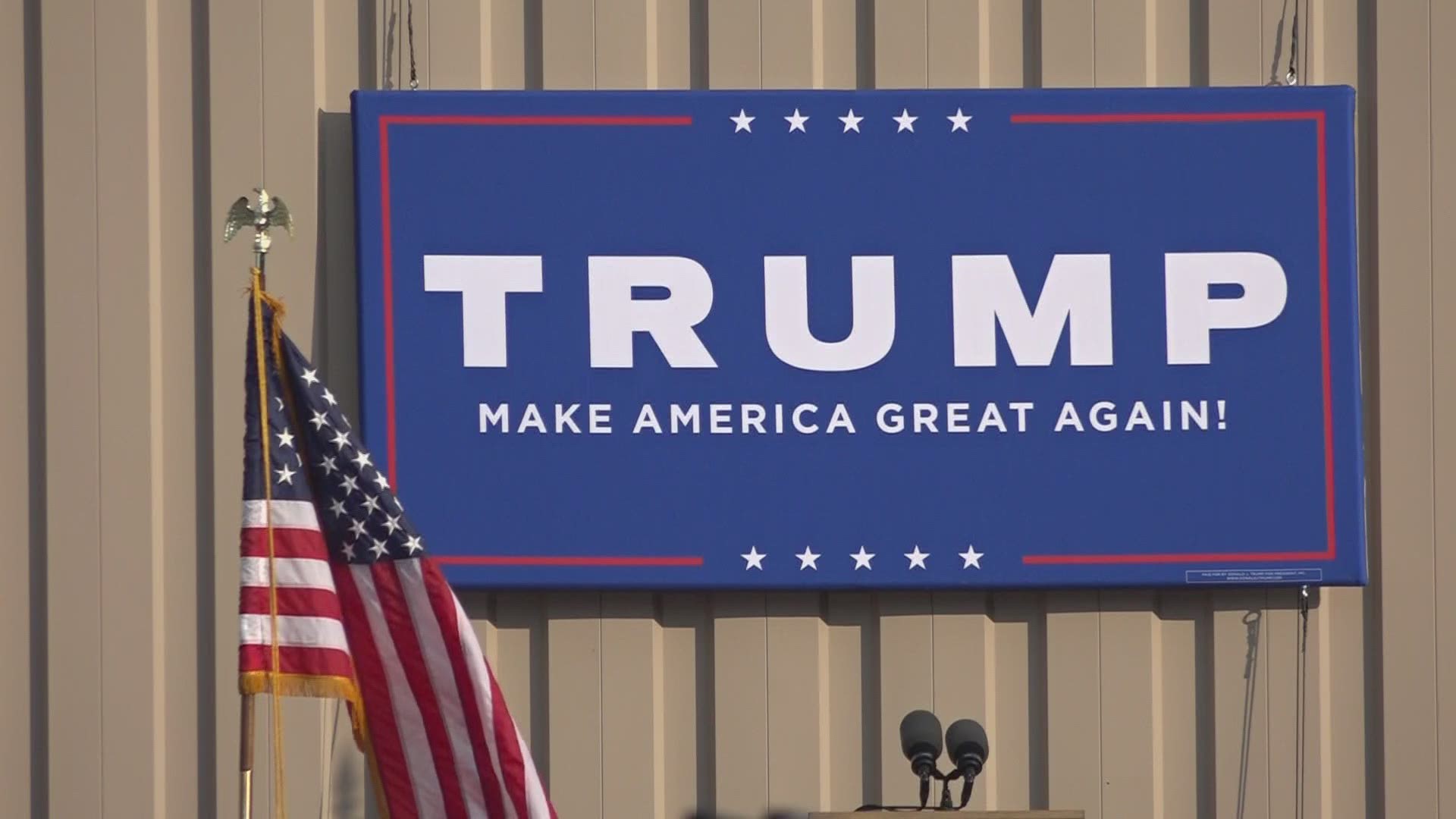 HOLDEN, Maine — Donald Trump Jr. campaigned in Maine on Wednesday at the Maine Military Supply store in Holden, which got underway around 6:30 p.m.

Before the event, the Trump campaign said Don Jr.'s event would be a general rally-type event, intended to connect with Maine voters and spread Trump's "Make America Great Again" agenda.

Former Maine Gov. Paul LePage, who was introduced as the governor, spoke before Don Jr. took the stage.

Former Maine Governor Paul LePage is introducing @DonaldJTrumpJr. He was introduced as the Governor. pic.twitter.com/S0hTdlH3gl

And @DonaldJTrumpJr has taken the stage. pic.twitter.com/rjz9DNGZNs

Wednesday morning Don Jr. was on WGAN Morning News radio to talk about the event. He expressed Maine, specifically the 2nd Congressional District, is important in the election because the state splits electoral college votes. Maine is one of only two states in the country that splits votes, rather than the "winner take all" practice the other 48 states adhere by.

The Holden Police Department will be assisting the campaign with traffic and safety measures. Chief Chris Greeley says cars driving on Route 1A through Holden should be patient as traffic may be backed up between 4 p.m. and 7 p.m. due to the event.

Greeley said regardless of which campaign it is, anyone of this magnitude visiting is good for the town.

Tonight at 6, @DonaldJTrumpJr will be stopping at Maine Military Supply in Holden to host a 'Make America Great Again!' event. I spoke with Holden PD Chief @ChrisGreeley3 about his department's role with the visit and what the event means for the town. pic.twitter.com/SxTSij6q0m

The Don Jr. event comes amid a slew of campaign trips in New England in recent weeks. Trump's other son, Eric, has events in Maine and New Hampshire last week, and Vice President Mike Pence was in the Granite State on Tuesday.

We love you MAINE!!! #KeepAmericaGreat pic.twitter.com/YS8A7ySKIk

Eric Trump's event in Saco on Thursday drew about 200 supporters to the Camp Ellis pier. The event was intended to focus on the lobster industry; Trump has said he thinks he should win Maine because of measures he's taken to help the Maine lobster industry.

“Donald Trump Jr. can’t do anything to make Mainers forget his father’s disastrous record. President Trump promised better trade deals, cheaper health care, and to defend working Americans. He’s broken every one of those promises and allowed 200,000 Americans to die from the coronavirus pandemic to boot. Maine voters are tired of Trump’s chaotic leadership that has hurt their families, and they’re ready for Joe Biden and Kamala Harris in the White House," says Marra.