District 2 recount to begin Dec. 6; completion not likely until January

The process is expected to take up to four weeks. 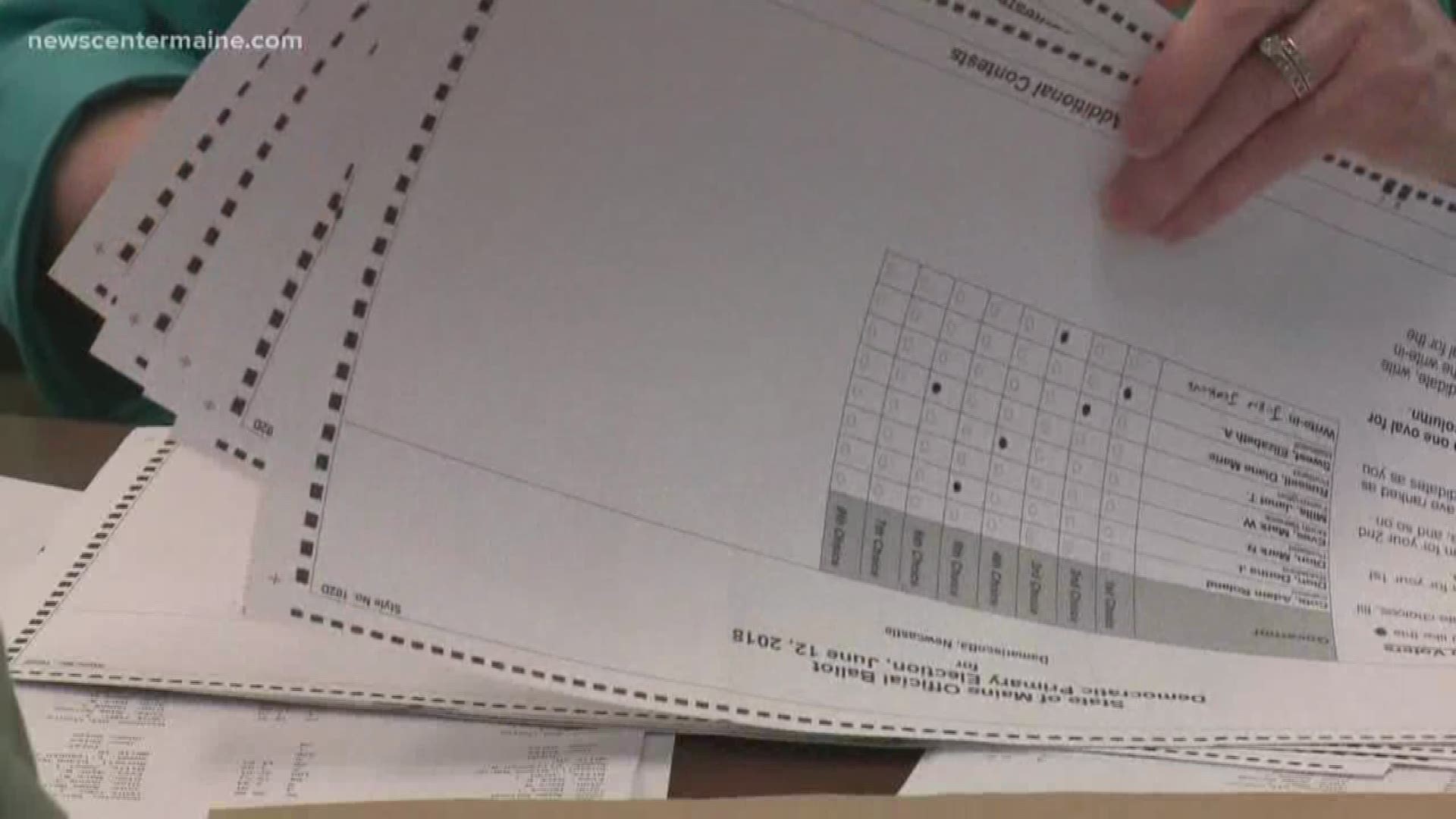 It will begin at 9 a.m., the office said, and be conducted thereafter during regular business hours.

It's expected to take up to four weeks until either its completion or a candidate's concession.

According to the office, the process will take place at the tabulation site: Room 110 of the Elkins Building in Augusta. An overflow room has been set up in Room 204 of the same building.

The office said Monday that about one-third of ballots are already in hand.

Read below for the "Rules for Establishing Procedures for Requesting and Conducting Recounts of Elections Determined by Ranked-Choice Voting" via Maine's Bureau of Corporations, Elections & Commissions

Maine Rules for Recounts of...