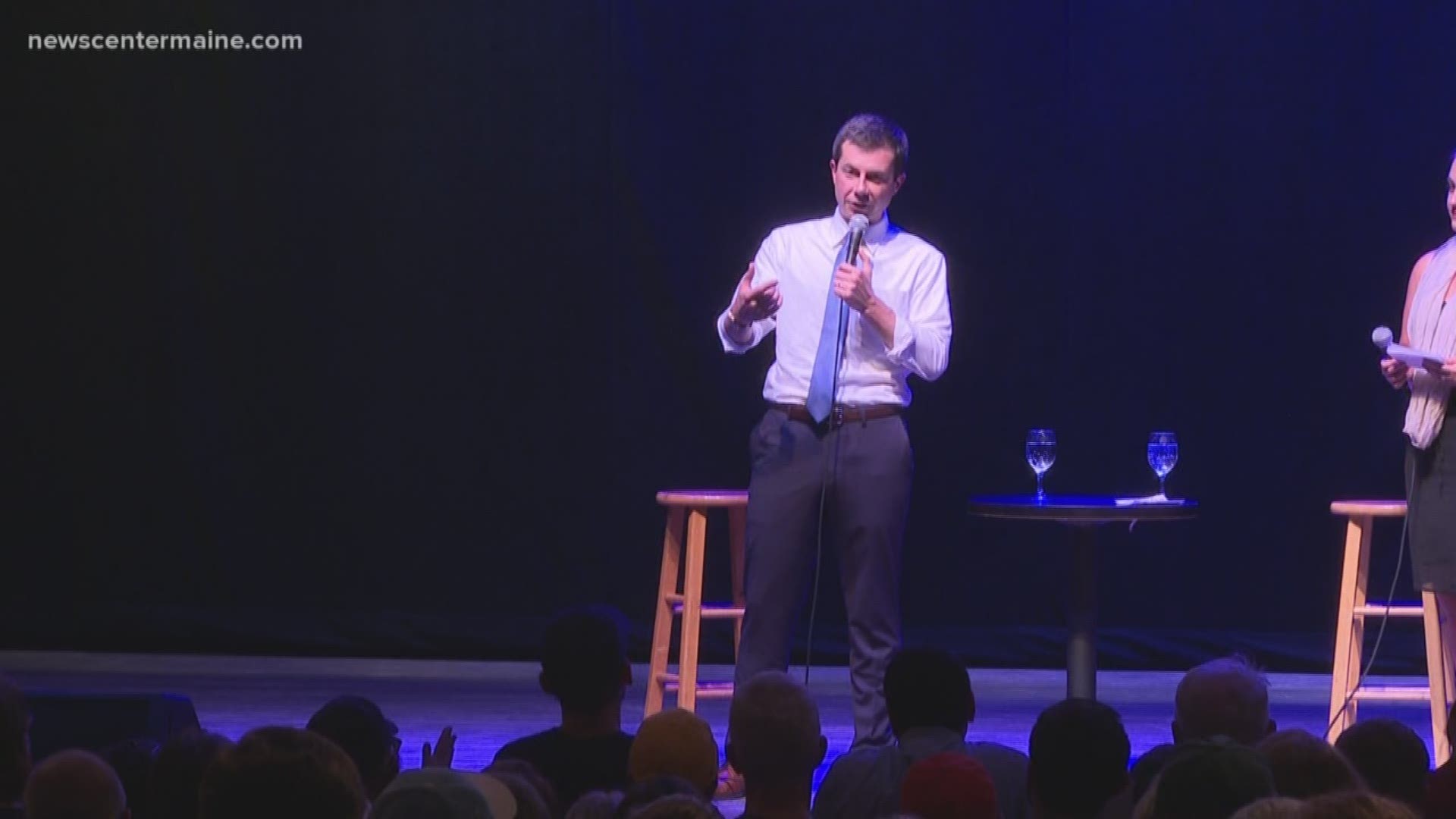 Buttigieg is the mayor of South Bend, Indiana and the only openly gay candidate in the race.

He is one of nearly two dozen democrats running for president to defeat President Donald Trump in 2020. He is the first to visit Maine for a campaign event this season -- and candidate visits like this to Maine are rare in general.

Buttigieg's campaign called the event a 'grassroots' fundraiser, with ticket prices ranging from $18.35 for veterans to $250 for top donors.

State democratic leaders and supporters attended the event at the State Theatre in Portland, as Buttigieg touched on a number of topics that seem to be driving the 2020 presidential race.

During his speech, Buttigieg touched on his desire to take away the say that powerful men have over female reproductive rights, which he calls an "American freedom". He promised that, if elected, he would expand access to coverage and services for people around the country.

Buttigieg also touched on other freedoms during the rally, including an equal right to marriage, the acknowledgement of mental health issues, and religious preference.

"God doesn’t belong to a political party, and a President should make it clear he is serving people of every religion or no religion equally," Buttigieg said.

Following the mass shootings in Texas and Ohio a couple of weeks ago, Buttigieg also addressed gun issues.

"The kinds of guns found in Afghanistan have no place on our streets or near our schools," Buttigieg stressed.

Climate change is also a central issue for him, the candidate acknowledged Thursday evening.

"Rural America could be a huge part of the solution," Buttigieg said. "Science suggests that we could absorb as much carbon through soil as we are putting out. We could be leading the world in sustainable agriculture."

Opinions among many of the people who waited in line to hear Buttigieg speak are that he is young and has fresh ideas -- and he is the "total opposite" of current President Donald Trump.

"It’s so important that a President has good judgement and he knows how to listen," Buttigieg told the crowd.

President Trump made several stops in Maine during the 2016 campaign cycle.

Buttigieg's visit was an opportunity for him to rake in some cash and solidify his base in a rural state.

This year, Maine moved to party primaries instead of caucuses. That means Mainers will head to the polls along with several other states on Super Tuesday in March.

Thursday's event is scheduled for 5 p.m.