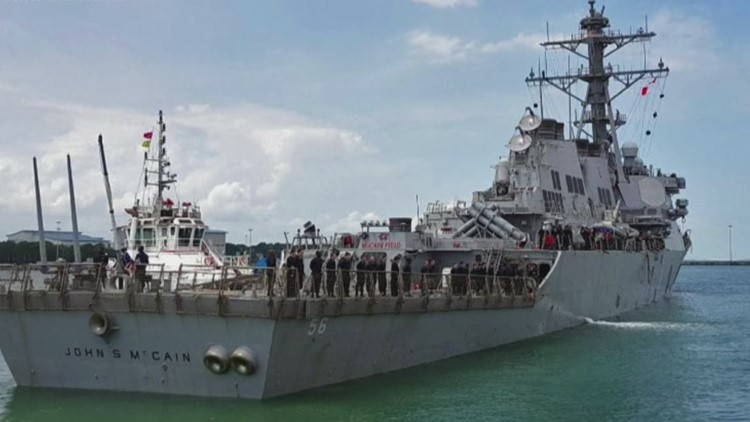 NEWS CENTER Maine's partners at the Portland Press Herald reported Thursday that House Speaker Sara Gideon and Senate President Troy Jackson sent a letter to Bath Iron Works that stated the average wage at the shipyard has declined, the company has hired mostly low-wage scale workers and is planning to hire out-of-state subcontractors.

The Portland Press Herald also reported that Lindsay Crete, press secretary for democratic Gov. Janet Mills, said Wednesday that Mills had no knowledge of the letter.

The largest union at Bath Iron Works, Local S6 of the International Association of Machinists and Aerospace Workers, said Thursday that it supports the legislators' decision to examine whether the company is meeting the job creation and pay requirements outlined in the 2018 law granting it a $45 million tax break.

“We’re strongly opposed to BIW’s push to subcontract out work, which lowers wages and standards for all workers. We support Maine jobs for the Maine economy. We should not be giving tax breaks to companies that are subcontracting work and moving taxpayer dollars out of state," the union's communications director, Andy O'Brien, said in a statement Thursday. "We appreciate that legislators are doing their due diligence to protect Maine taxpayers, support good paying, quality jobs and scrutinize the subcontracting out of local jobs. This is not a Democratic or Republican issue. This is about Maine jobs and holding companies that receive taxpayer dollars accountable.”

The company's vice president and general counsel replied shortly after the legislators' letter was sent and disputed the allegation that they are not meeting the requirements.

According to the Portland Press Herald, no new bills to roll back the the tax credits have been introduced at the Legislature.

The entire Portland Press Herald article can be found here.