Dale Crafts: A personal look at the Republican candidate for CD-2 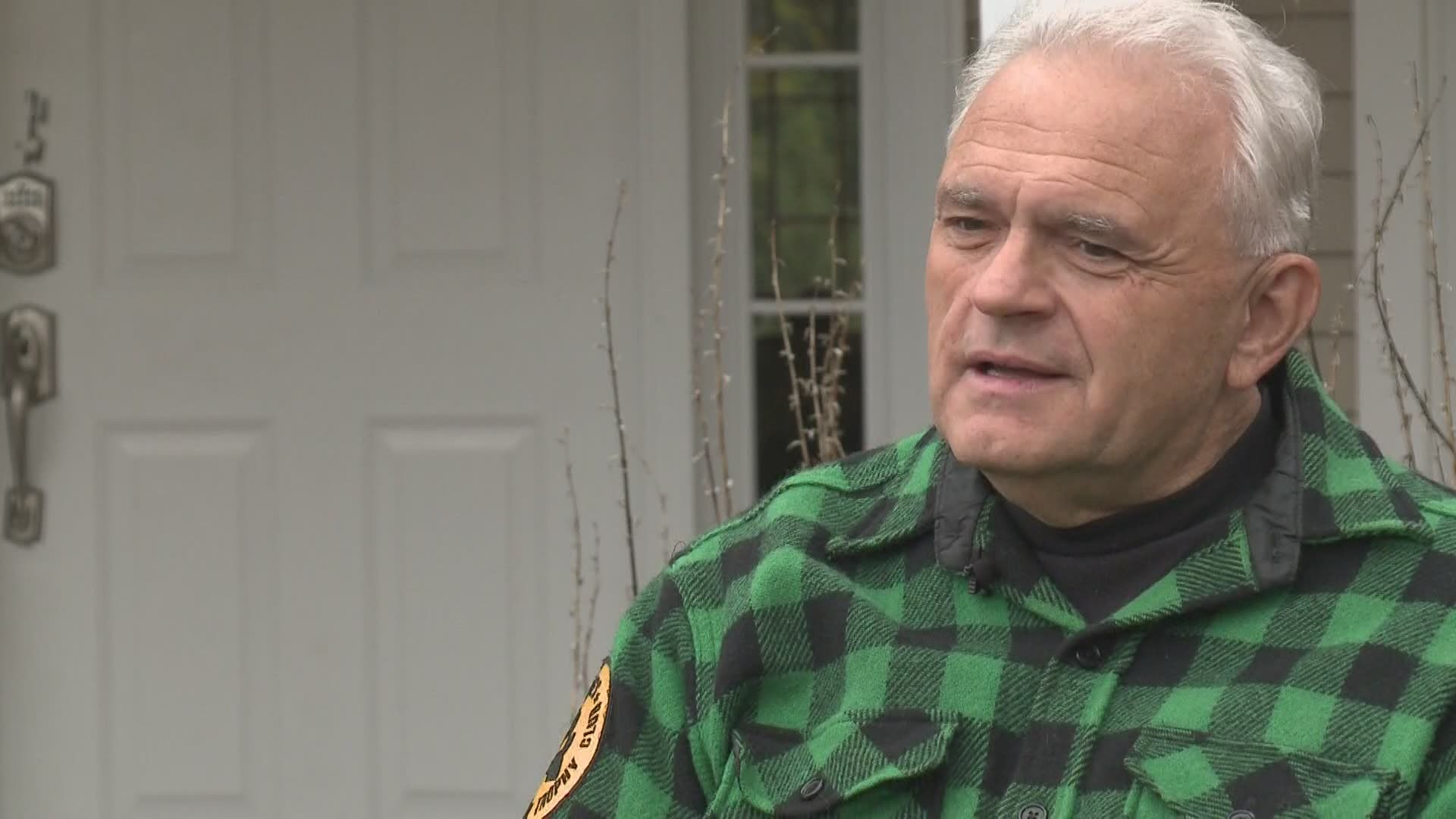 LISBON, MAINE, Maine — Growing up in Lisbon, Dale Crafts describes himself as the type of kid who made his parent's life easy.

"I played a lot of sports, was a running back for Lisbon football, co-captain, I was always a really outgoing go-getter, high achiever."

He carried that attitude into every aspect of his adult life.

"I married the girl I went to high school with. We dated all four years, got married that summer, and then I bought my first house at 19."

He began working for his father and had his first daughter. By all accounts, his life was going according to plan.

Then in 1983, on a spring day, his "charmed life" took a sudden literal turn.

"I was going down the road, came over a rise in the road, an elderly man was coming, he started turning in front of me--it's not his fault, he didn't see me-- and I got over on the side of the road. I got by him but I couldn't get back on the road and my bike went airborne."

That motorcycle accident left Crafts paralyzed from the chest down. He was just 24.

"My family, my pastor, everyone came around me and supported me and told me I could get through it."

While those words of encouragement helped, it was his grandmother who really pushed him to fight back.

"When I'd get all anxious about being in a wheelchair, she'd say 'you're going to get this, we're going to get this.' So she just kept saying, 'hey, you can be an overcomer.' So through that, I decided that I'm going to overcome and live life to the fullest."

One way he did that was buying a wheelchair accessible car. But, there was a problem. "I had some issues with the lift. It wasn't working right and there was no dealer around to fix it, so we became the dealer."

There it was: an idea for a business venture. He would call it Mobility-Plus.

Dale Crafts' says his lengthy business experience has been central to shaping his political views.

"Being the businessman in town, watching taxes go up, watching the way the town was spending money...it's why I went to town meetings. I had to vote on spending."

#TONIGHT on @newscentermaine: A sit-down with Republican candidate for Congress in Maine's second district, Dale Crafts. We discuss his life growing up in Lisbon, the accident that left him paralyzed, and the core beliefs that shape his political positions. pic.twitter.com/Bg0T6rry9n

It was at one of those town meetings that Crafts was thrown into his first position in politics.

"I went to a town meeting and someone nominated me and I was the only one who wanted to do it so I won in a landslide," he jokes.

That position was on Lisbon's Budget Advisory Committee.

Then came a seat on the town council, and in 2008, the state legislature, where he served four terms.

Today, he's reaching for his highest political position yet: Congress.

Crafts is a self-described 'fiscal hawk,' whose views are rooted in his Christian faith and a belief that the Constitution is sacred.

"I'm for what made this country great which is a free market, and a constitutional Bill of Rights foundation."

"We've got to allow people to have the freedoms...not be over-regulated, freedoms to start their business without the government down on their back, and I will advocate for that."

He says he'd put his business experience to work to find success in Washington. "I'm a negotiator. I have the power of persuasion."

His latest challenge is whether he can persuade voters in Maine's second district to send him there.