Cory Booker drops out of the presidential race

Booker joined author Marianne Williamson and former Housing Secretary Julián Castro as candidates who have also dropped out of the race this month. 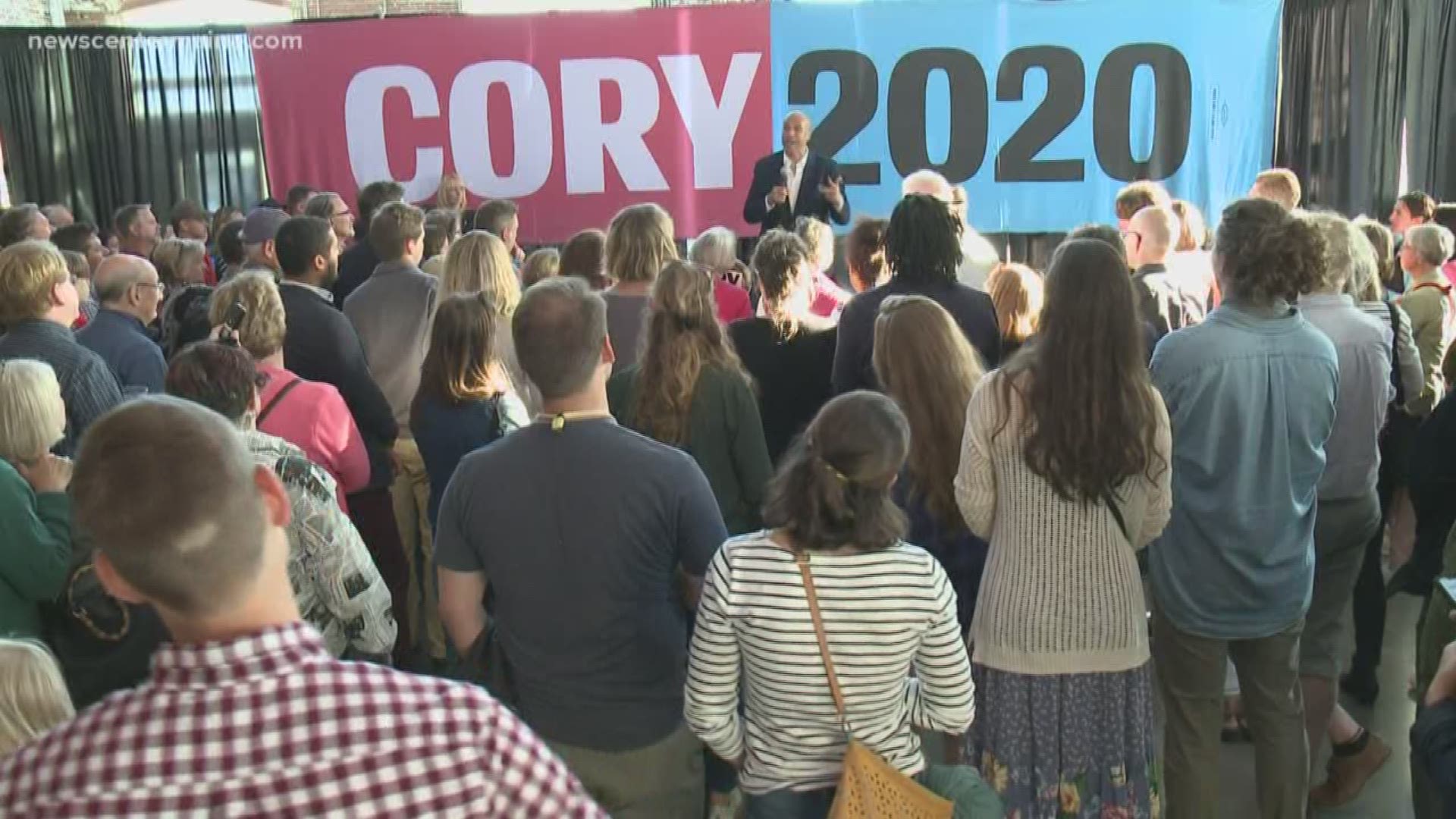 WASHINGTON — 2020 Democratic Presidential candidate Cory Booker is dropping out of the race. The Senator announced his decision Monday in a video.

"It's with a full heart that I share this news—I’m suspending my campaign for president," he wrote in a tweet. "To my team, supporters, and everyone who gave me a shot—thank you. I am so proud of what we built, and I feel nothing but faith in what we can accomplish together."

His announcement comes on the eve of the seventh Democratic debate, which Booker did not qualify for. Booker joined author Marianne Williamson and former Housing Secretary Julián Castro as candidates who have also dropped out of the race this month.

“It is my faith in us, my faith in us together as a nation that we share common pain and common problems that can only be solved with a common purpose and a sense of common cause. And so now I recommit myself to the work," he said in his video.

Booker added, "I can’t wait to get back on the campaign trail and campaign as hard as I can for whoever is the eventual nominee and for candidates up and down the ballot."

The 50-year-old has served the U.S. Senate since 2013. Before that, he served two terms as the mayor of Newark, NJ. He graduated with a bachelor's degree in political science and a master's degree in sociology from Stanford University. He was also an Oxford University Rhodes scholar and attended Yale Law School.