Sen. Susan Collins told reporters Tuesday if there is a Supreme Court nominee prior to the election, she would oppose it. 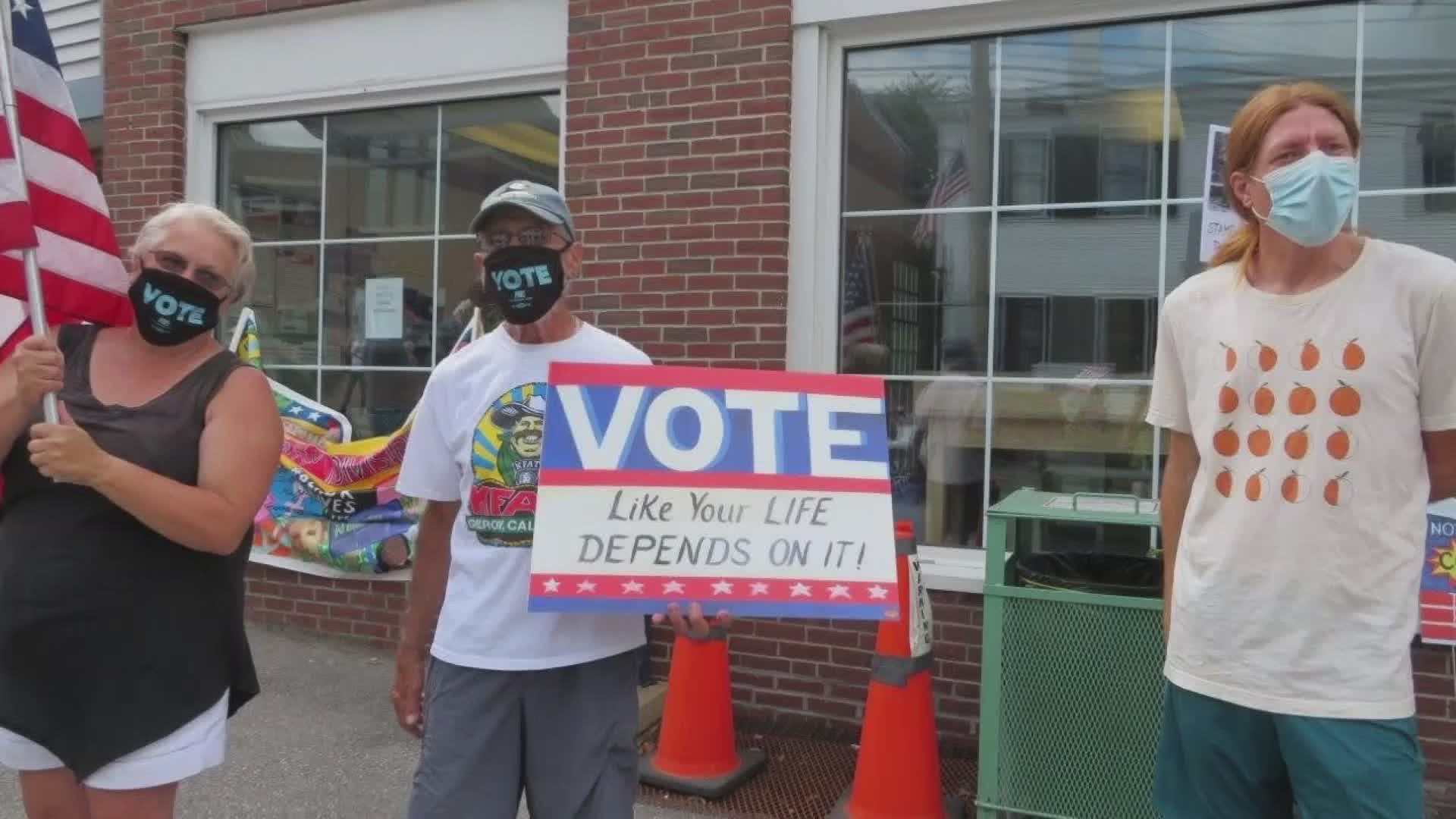 WASHINGTON, D.C., USA — In the days following the death of Supreme Court Justice Ruth Bader Ginsburg, Washington politicians are taking stances on what they'll do when or if it comes time to vote on a nominee to fill her seat. Maine Republican Senator Susan Collins says if there's a vote prior to the election, she'll oppose it.

Over the weekend, Collins, who is considered a swing vote in many Senate-vote situations for her moderate-leaning views, said she doesn't believe the Senate should vote on the nominee before the election.

"In fairness to the American people, who will either be re-electing the President or selecting a new one, the decision on a lifetime appointment to the Supreme Court should be made by the President who is elected on November 3rd," Collins said.

But her statement stopped short of saying how she would vote if President Donald Trump's nominee goes to a vote on the Senate floor, as Senate Majority Leader Mitch McConnell and Trump have said.

.@GOP We were put in this position of power and importance to make decisions for the people who so proudly elected us, the most important of which has long been considered to be the selection of United States Supreme Court Justices. We have this obligation, without delay!

On Tuesday that when asked if she would oppose a nominee before the election, Collins said she would.

“I made it very clear, yes, that I did not think there should be a vote prior to the election. And if there is one, I would oppose the nominee not because I might not support that nominee under normal circumstances, but we're simply too close to the election," Collins told reporters.

"And in the interest of being fair to the American people, and consistent, since it was, with the Garland nomination that the decision was made not to proceed, a decision that I disagreed with, but my position did not prevail. I now think we need to play by the same set of rules," Collins said.

Even prior to Tuesday's revelations about Collins' position, Trump has taken aim at Collins over her initial statement that there shouldn't be a nominee until after the election.

Trump called her out three times in 48 hours following her statement Saturday.

On Saturday afternoon at a rally in North Carolina, Trump said, "There have been 29 times a vacancy opened during an election year or prior to an inauguration. 29 times! That's a lot. Every single time, the sitting President made a nomination... Nobody said, 'Oh let's not fill the seat!' We won the election! Now, we have some senators that, oh well, you know, forget it. I won't say it... I won't say it, Susan! I won't say it, Susan."

And on Monday during a Fox & Friends interview via phone, he said, "You mention the senators, I think Susan Collins is very badly hurt by her statement yesterday."

Republicans hold the majority in the Senate with 53 seats, which means four Republicans would have to break from their party to hold off a vote. In addition to Collins, Sens. Lisa Murkowski, Mitt Romney, and Chuck Grassley are other possibilities.

Romney, however, said Tuesday he will not oppose a vote. If the nominee reaches the Senate floor, “I intend to vote based upon their qualifications,″ Romney said.

My statement after hearing of the passing of Justice of United States Supreme Court Justice Ruth Bader Ginsburg: pic.twitter.com/1zhWSH5hhg

Murkowski said in a statement that she does not support taking up a potential Supreme Court nominee this close to the election, but she has not said how she'll vote if there is one.

Maine's Independent Senator Angus King says there should be no successor until after the election. King said, "With less than fifty days until the upcoming election – and with an anxious, divided America watching – Senator McConnell should honor the life and legacy of this icon by respecting her final wish that a successor should not be considered until the election has been decided."

Trump says he expects to announce his pick for the Supreme Court by Friday or Saturday. Trump told “Fox & Friends” he had a list of five finalists, “probably four.” He says his choice will likely be a woman.