Questioning from senators will wrap up Thursday, but Maine Sen. Susan Collins was the first to pose a question to Trump's defense team. 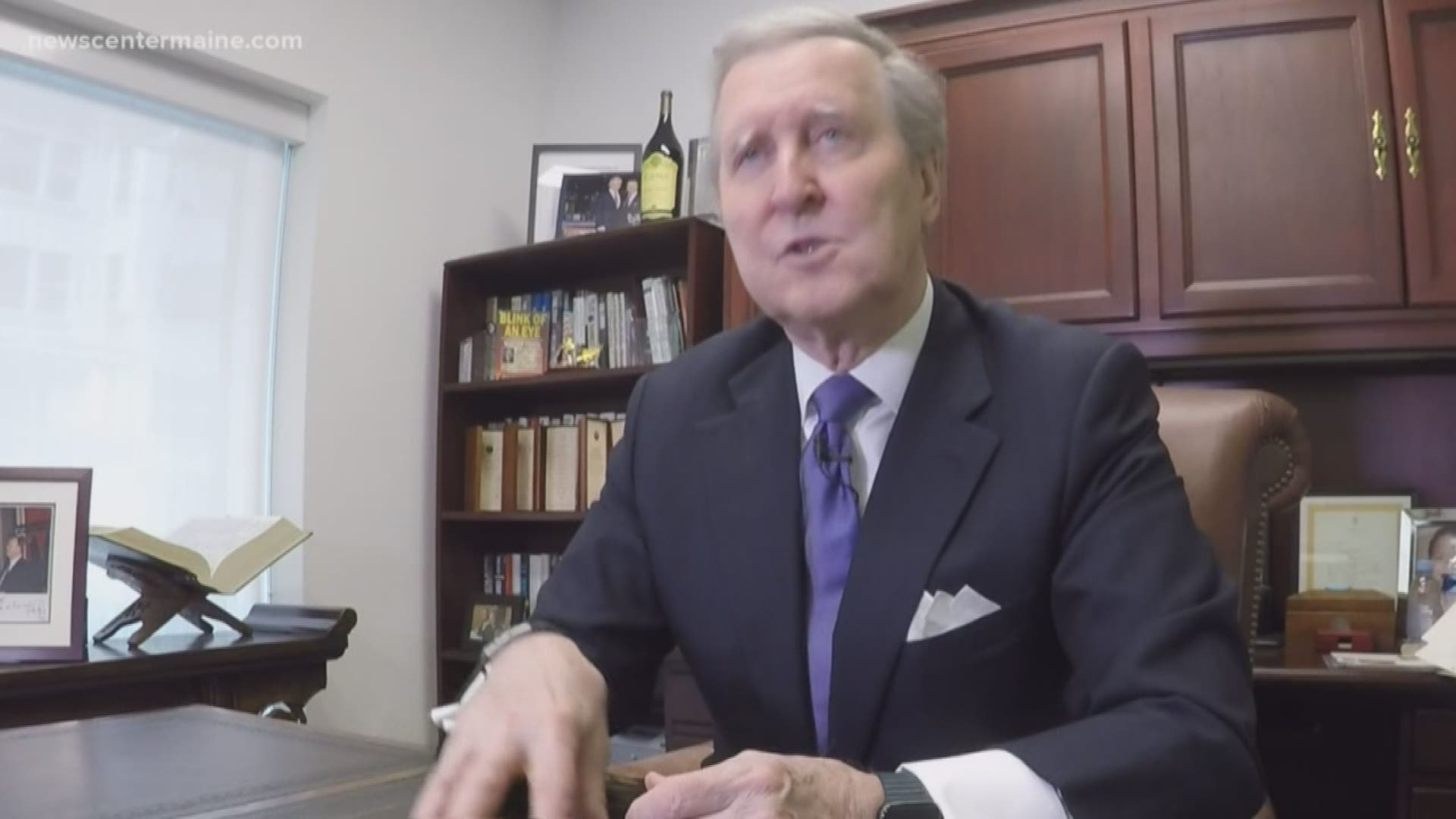 WASHINGTON, D.C., USA — Maine Sens. Susan Collins and Angus King both had questions posed to the legal teams in President Trump's impeachment trial, as a controversial vote on whether to allow witnesses draws near.

Collins was the first senator to introduce her question for Trump's defense team on behalf of herself and fellow GOP Sens. Mitt Romney and Lisa Murkowski Wednesday.

All three of them are among only a handful of Republicans who could vote in favor of calling witnesses in the trial.

The question was read by Chief Justice John Roberts.

“If President Trump had more than one motive for his alleged conduct, such as the pursuit of personal political advantage, rooting out corruption and the promotion of national interests, how should the Senate consider more than one motive in its assessment of Article One?" 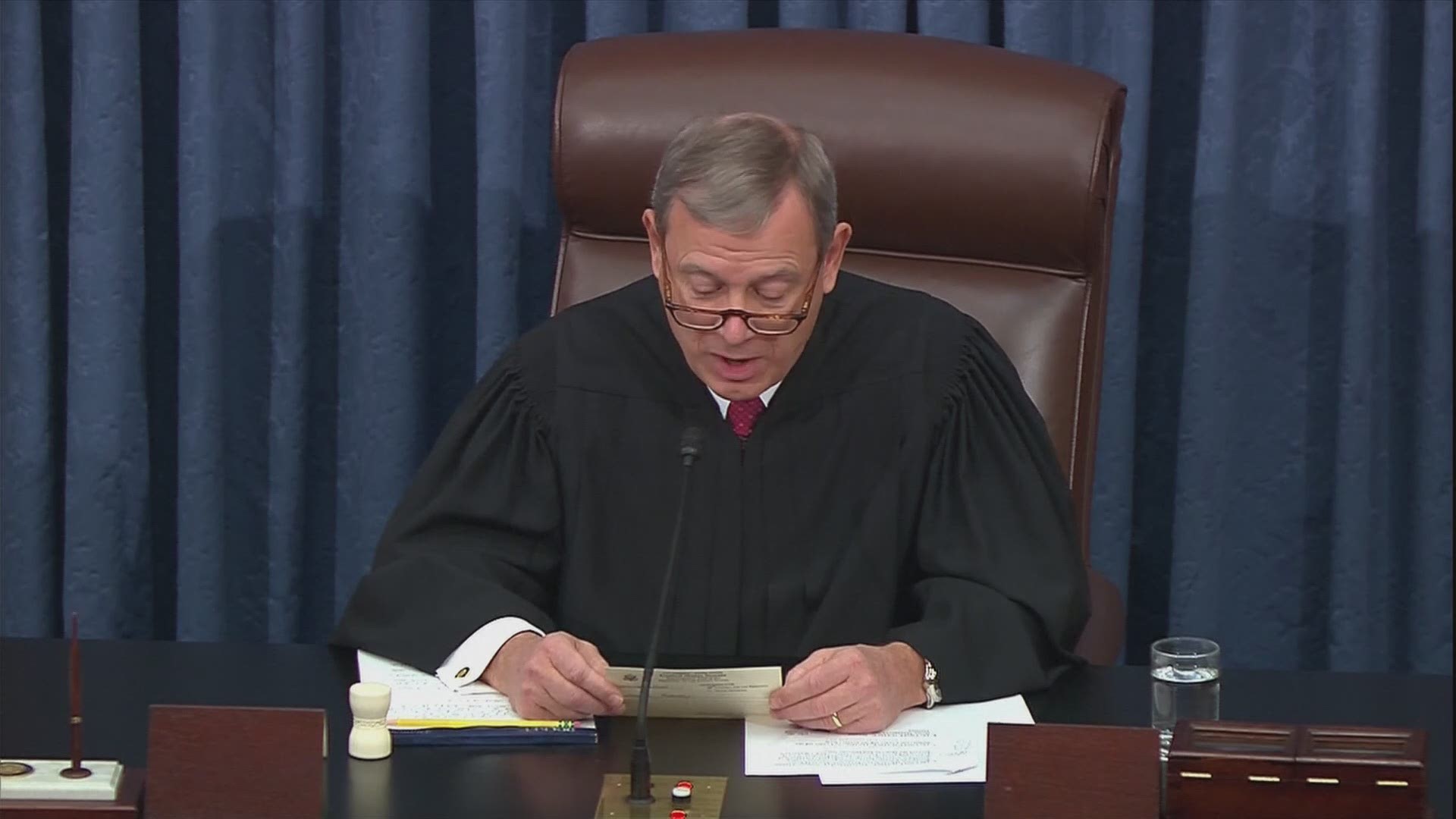 Deputy Counsel to President Trump, Tom Philbin, responded by arguing the possibility of multiple motives, be them personal or political, could not be an impeachable offense.

Philbin added that it would be 'absurd' for Senators to try and consider which percentage of Trump's interest was personal and which was public.

"Once you're into mixed-motive land, it's clear that their case fails, there can't possibly be an impeachable offense at all," he said.

Of the 13 questions submitted by Sen. Angus King, one to House Managers Wednesday focusing on Trump's personal attorney Rudy Giuliani was read on the Senate floor.

"Mr. Rudolph Giuliani was in Ukraine exclusively on a political errand — by his own admission — so doesn’t the President’s mention of Giuliani by name in the July 25th call conclusively establish the real purpose of the call?" Justice Roberts read.

Another question from King that was selected focused on the claims of former National Security Advisor John Bolton.

The question was directed at both House Managers and Trump's defense team.

"President Trump’s former Chief of Staff Gen. John Kelly has reportedly said, 'I believe John Bolton,' and suggests Bolton should testify, saying, 'If there are people that could contribute to this – either innocence or guilt – I think they should be heard.' Do you agree with Gen. Kelly that they should be heard?" 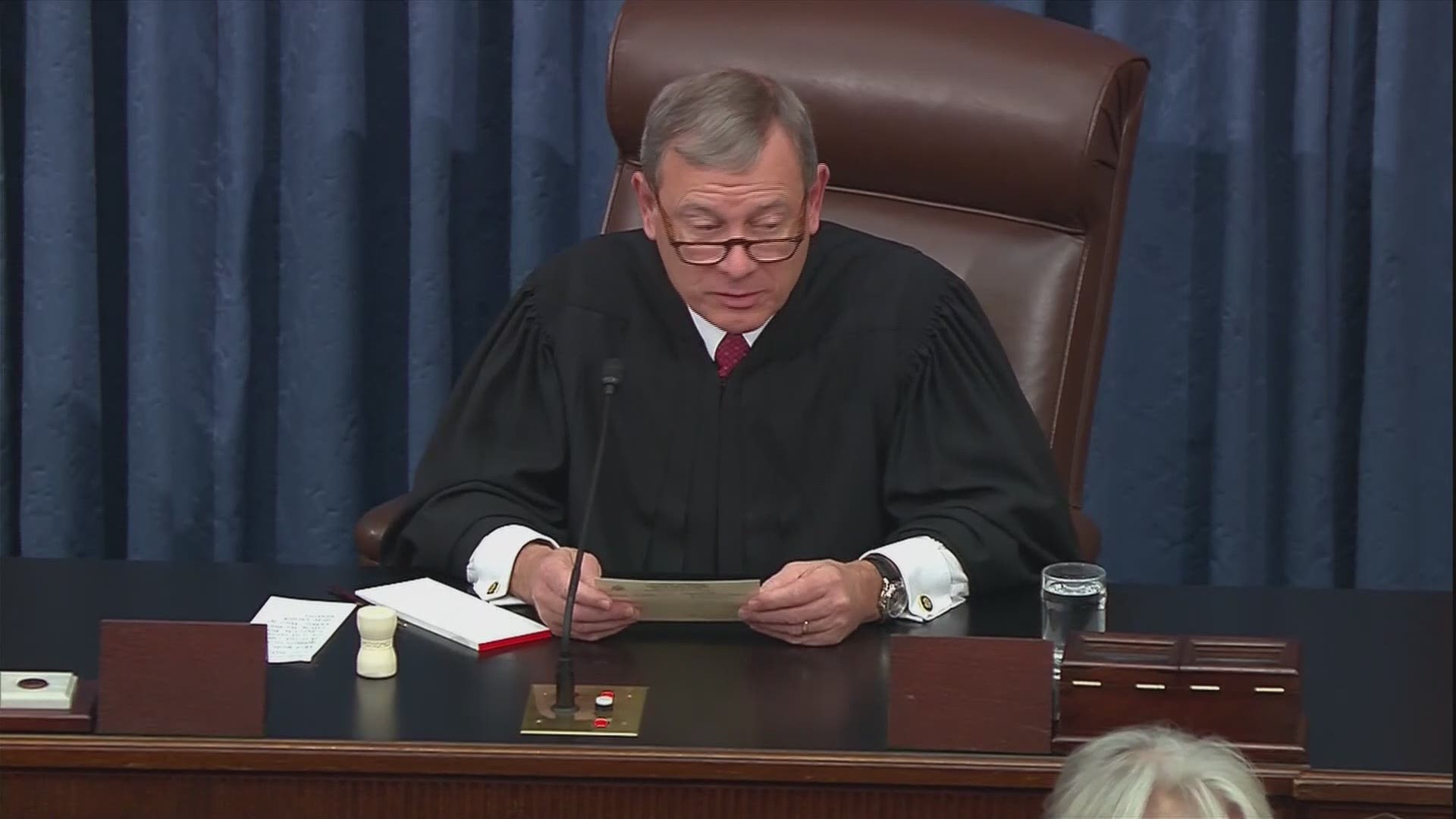 Trump attorney Jay Sekulow argued that House Managers should not get to have Bolton testify if the President's defense team cannot call their own.

Republicans have argued that Joe Biden and his son, Hunter Biden, should be called as witness.

House Manager Adam Schiff agreed the President should be able to call witnesses, but noted they should be "relevant" ones.

Sen. King has made it clear he will vote in favor of witness testimony, and that Bolton is someone senators need to hear from.

"I can't imagine anyone voting not to after what we heard," King told NEWS CENTER Maine.

Sen. Collins has still not definitively committed, although she did tell NEWS CENTER Maine she believes the Senate should 'explore' Bolton's claims.

"Certainly he occupied a key position at the White House, so he has valuable information to impart and that should be tested through cross examination," Collins said.