Democratic House leaders will meet Tuesday to decide when to send articles of impeachment to the Senate. 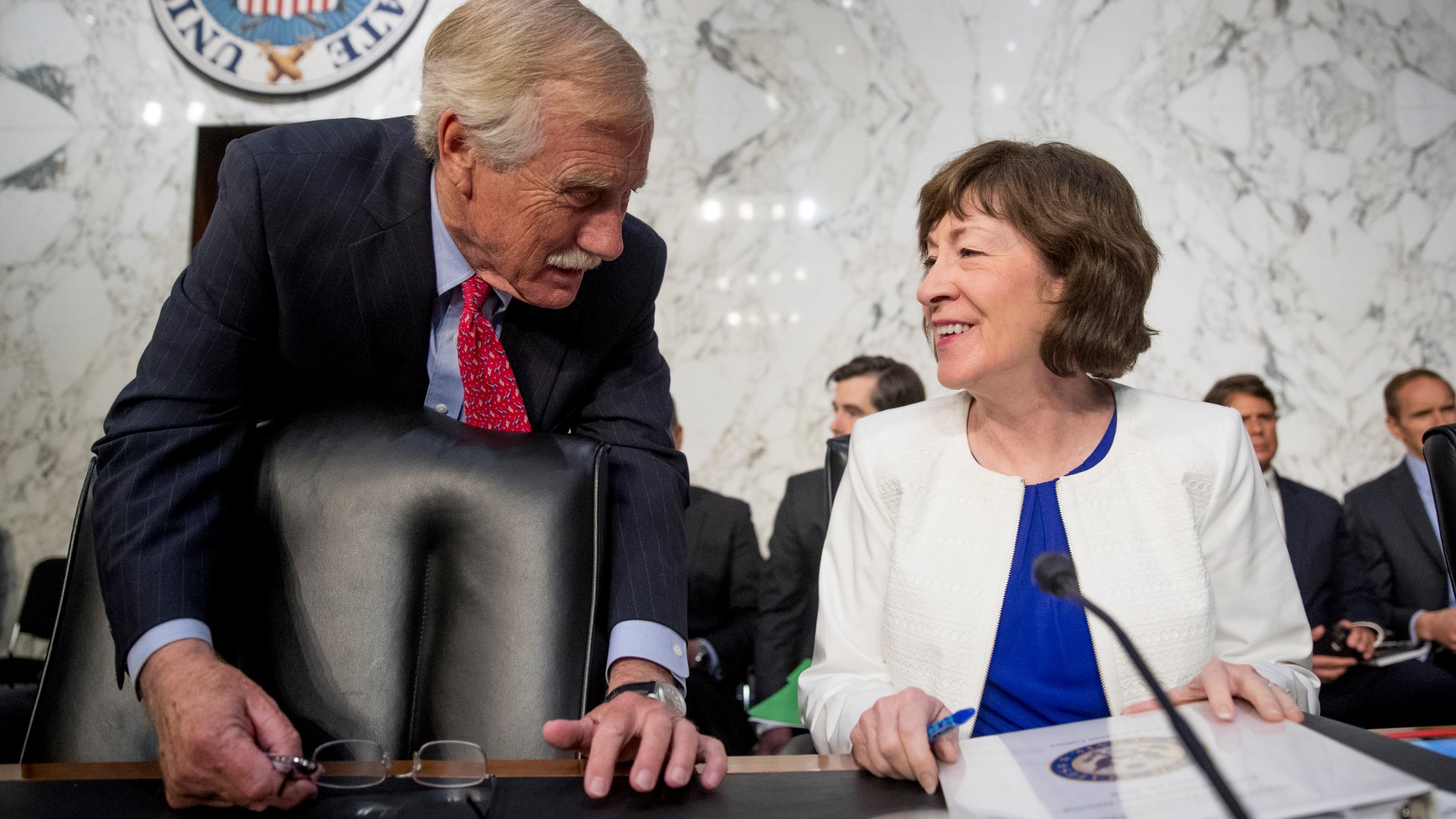 Speaker of the House Nancy Pelosi is expected to meet with leaders Tuesday to discuss sending articles of impeachment to the Senate.

RELATED: Ahead of impeachment trial, Trump suggests not having it

This comes nearly a month after the House voted to impeach Trump.

Sen. Collins received a lot of national attention after telling NEWS CENTER Maine Friday she was part of a 'group' of GOP lawmakers working to ensure witnesses can be called.

"It would be in the initial resolution setting out the parameters of the trial in the Senate that would include an opportunity for the House to call witnesses and the President's counsel to also call witnesses," Collins said.

All eyes are on Collins to see if she will choose to vote against party lines as she is often seen as a swing vote.

Liberal activists nationwide fear she could side with Pres. Trump like she did when voting in favor of confirming Supreme Court Justice Brett Kavanaugh.

At the time, Collins prided herself in choosing based on 'principle' instead of letting the pressure of partisan politics influence her decision.

A two-thirds majority in the republican-controlled Senate is required to remove Trump from office. That means 20 republicans would have to flip.

Sen. King, an independent, said it is only fair to ensure witnesses on both sides can testify.

King acknowledged that many critics claim the witnesses in the House investigation were 'second-hand.'

He said people like former National Security Advisor John Bolton and Mick Mulvaney, acting Chief of Staff to President Trump, should have to take the stand.

"That's in the nature of trying to get to the facts and that's what I want in this thing. I don't feel like I can get to the facts unless I can hear from the people with the most direct knowledge of what happened."

President Trump is facing charges of abuse of power and obstruction of Congress relating to his dealings with Ukraine.

He is accused of withholding military aide to the country in turn for an investigation into his political rival Joe Biden.

The trial itself could start as early as next Tuesday, the day after Martin Luther King Jr. Day.

RELATED: Ahead of impeachment trial, Trump suggests not having it

RELATED: Political Brew: Collins on impeachment, grades for Mills, and a deadly strike