Collins has still not said definitively how she will vote, but told NCM Bolton's allegations are 'not all that different' from what House Managers presented. 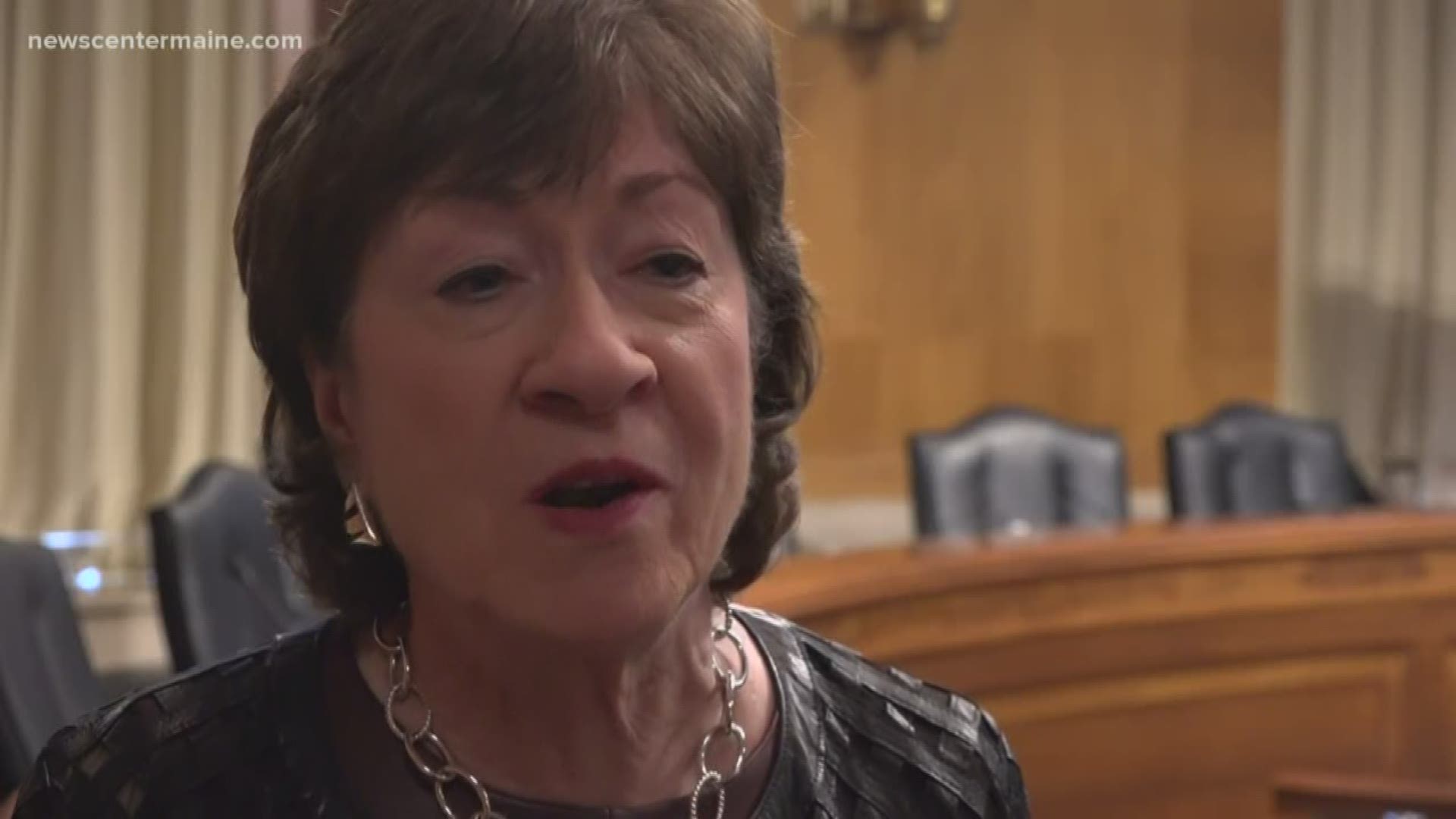 WASHINGTON, D.C., USA — Sen. Collins continued to strengthen her stance on whether she plans to allow witnesses in President Trump's impeachment trial Wednesday—particularly when it comes to the man now at the center: former National Security Advisor John Bolton.

A manuscript of Bolton's book was released in a New York Times report Monday in which he claimed Pres.Trump told him that he wanted to withhold hundreds of millions of dollars in security aid from Ukraine until its leaders helped investigate the Bidens.

"Certainly he occupied a key position at the White House, so he has valuable information to impart and that should be tested through cross examination," Collins said. "Some of [the claims] are not very different from the witnesses that we've already heard from through videotaped testimony that was collected by the House."

Collins had previously criticized the thoroughness of the House investigation.

Before chairing a hearing of the Senate Aging Committee, Collins was confronted by reporters about if Republicans have been swayed by the Bolton revelations.

"There have been a lot of discussions, but I have no idea how the votes are going to fall," she told reporters ahead of that committee hearing.

There were several reports of meetings among Republicans this week, including statements that Senate Majority Leader Mitch McConnell feared Republicans might not have enough votes to stop witnesses like Bolton from testifying.

All eyes are on Collins and other Republican Senators, including Lisa Markowski and Mitt Romney, who initially fought for the vote to happen in the first place.

If all Democrats vote in favor of allowing witnesses, only four Republicans would have to flip for the measure to pass.

Collins, despite not saying definitively if she will be one of them, pushed further to say both House Managers and Trump's lawyers should be able to call witnesses.

"It is important that we hear both sides present their cases because otherwise we wouldn’t know who we might need, what gaps remain," she said. "It’s also very important that there be fairness in that each side be able to select a witness or two."

Senators will submit questions for both sides to answer over the next couple of days.

The final vote on the witness issue is expected to happen by the end of the week.