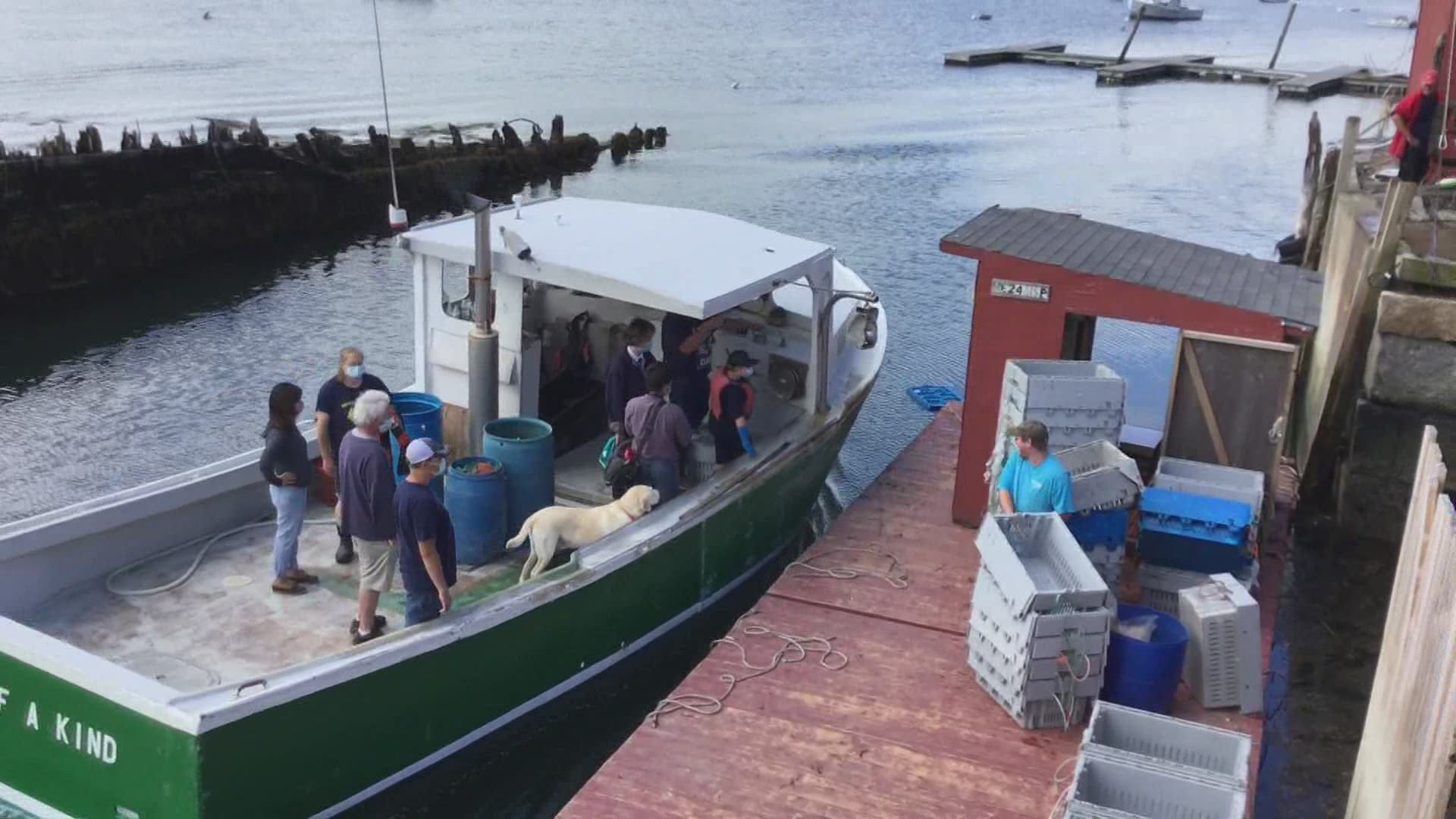 MAINE, USA — Sen. Susan Collins was touring a stove making plant in Gorham. Speaker of the House Sara Gideon was on a lobster boat in Bremen.

The campaign ads from both sides have been filling TV screens for months, but the race for Maine’s U.S. Senate seat officially started Wednesday.

Sara Gideon won the Democratic Senate primary Tuesday, with a 70 percent share of the vote. On Wednesday morning, she started a three-community tour in Bremen, a small fishing town in Lincoln County, hauling traps and learning about lobster issues. Gideon said it's part of her effort to meet with “real Mainers” to understand their concerns.

“We started with lobstermen because we know this industry is under a lot of stress and duress and want to focus on this visit and others that we focus on real Mainers,” said Gideon.

At roughly the same time, Susan Collins was visiting workers at Moody’s Collision Center in Gorham, then going to the Jotul North American manufacturing plant a short distance away, seeing the latest designs for wood and gas stoves.

"And I’m very proud that Jotul is developing technology to produce the cleanest burning wood stove ever, ever, and will be developing that here in Maine,” said Collins.

But for both candidates, the campaign ahead is at the top of mind. It will be a fierce battle and already is. Tuesday night, in an interview following her victory speech, Gideon said Collins is not looking out for the interests of Mainers.

“There is no question that right now we see Senator Collins fighting for somebody, but it's not Mainers. Whether it is special interests, whether the interest of the president, I can't’ say, only the Senator can say,” said Gideon.

“I think we have a Senator who’s no longer looking out for the interests of Mainers.”

Collins challenged the criticism, speaking at length to reporters on Wednesday, defending her record of working to help Maine people.

“And it's reflected in my effectiveness of solving problems with common-sense solutions for the people if Maine,” said Collins.

Sen. Collins said she has had tough races before, and won them. And, seeming eager to start the battle, countered a proposal from Gideon about debates.

Gideon did not comment directly on the proposal for 16 debates, but said in a written statement, “I’m pleased we’ve begun the process of scheduling debates.”

Both campaigns expect an all-out effort for the next three-plus months. It will also be a campaign generating unprecedented amounts of money, having already raised roughly $40 million in donations of all kinds before the primary.

It will be a national campaign for high stakes, potentially fa fight or control of the U.S. Senate, played out this summer and fall across Maine.