Catching up with the CD-2 candidates 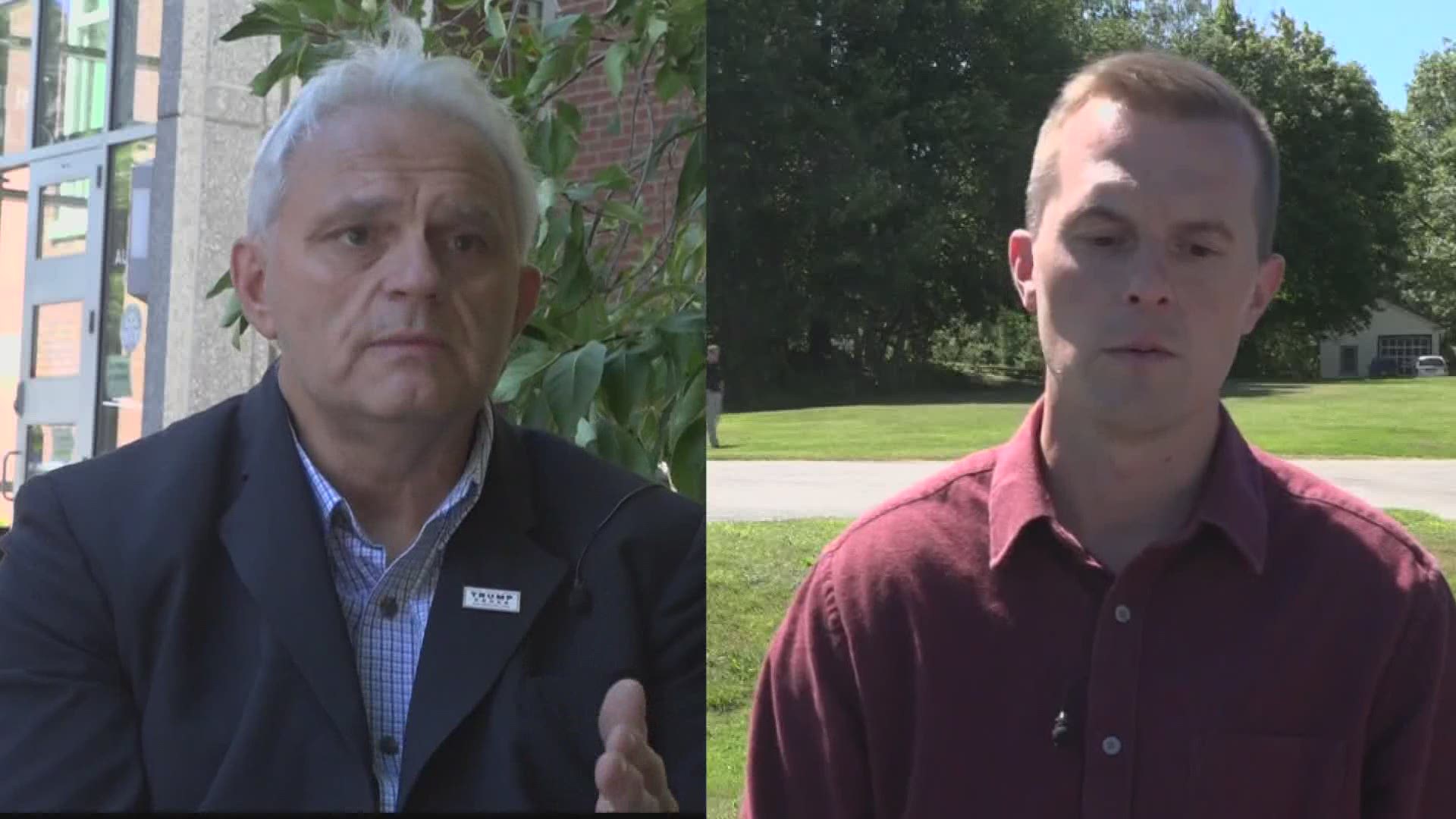 On Wednesday, August 26, NEWS CENTER Maine caught up with Golden at Monmouth town hall, where he met with folks from Camp Mechuwana who have been assembling and distributing meals to kids in the community. Camp Mechuwana was a PPP recipient and how the funds impacted the business was a topic of discussion. Golden has written a bill that builds on the PPP, with the goal of offering "more flexible, longer-term relief to small businesses."

Dale Crafts was meeting with officials at the Auburn Police Department for a tour and discussion of the department's emergency plans.

For Jared Golden, he hopes voters identify him as a devoted and accessible public servant.

"That's why I travel around the district as much as I do," says Golden.

He acknowledges he has a tough fight for reelection, during a presidential election year, in a district that went to Donald Trump in 2016.

However, Golden hopes Mainer's will look at his track record.

"It was a challenge to win in 2018 and surely I expect it will be a challenge again this year. But look, voters are going to decide in November based on the job that I've done. I'm going to continue to do the job the best I can every day until November 3."

Candidate Dale Crafts is challenging Golden for his congressional seat, hoping to return to politics after previously serving in the state legislature for eight years.

Crafts says, "One thing you'll find about Dale Crafts is that he's consistent in what he believes. He stands on his principle and my principles are freedom and liberty."

Ahead of the tour of the Auburn Police Department, Crafts said he'll fight for rule of law.

The two men who both grew up in Maine-- Golden in Leeds and Crafts in Lisbon Falls-- say they want to keep the race civil.

Golden says, "I'm not really engaged in the heated political bomb-throwing style of things that you see too often in Washington."

Crafts says, "Well I've been in a lot of elections and even in my primary if you watch that, I didn't attack my opponents."

Golden and Crafts, a Democrat and Republican respectively, differ--of course-- on several policy issues and also on who they plan to cast their vote for president for in November.

"I'm going to vote for Joe Biden, absolutely," says Golden. "I don't agree with him on every issue and every decision he's made or might make, but I think that he's going to offer the style of leadership that the country needs right now which I think is to bring people together rather than pull them apart, to try to lead as a non-partisan leader."

Dale Crafts is a long-time supporter of President Trump. One reason he says he supports the president is because of their shared sense of optimism.

Voters will use ranked-choice voting in this year's congressional races. A moot point in this particular race that doesn't have a third-party challenger.

First district congresswoman Chellie Pingree, a Democrat, is also up for reelection this November.