Biden calls GA election law a 'blatant attack on the Constitution' and 'Jim Crow in the 21st Century;' Kemp responds 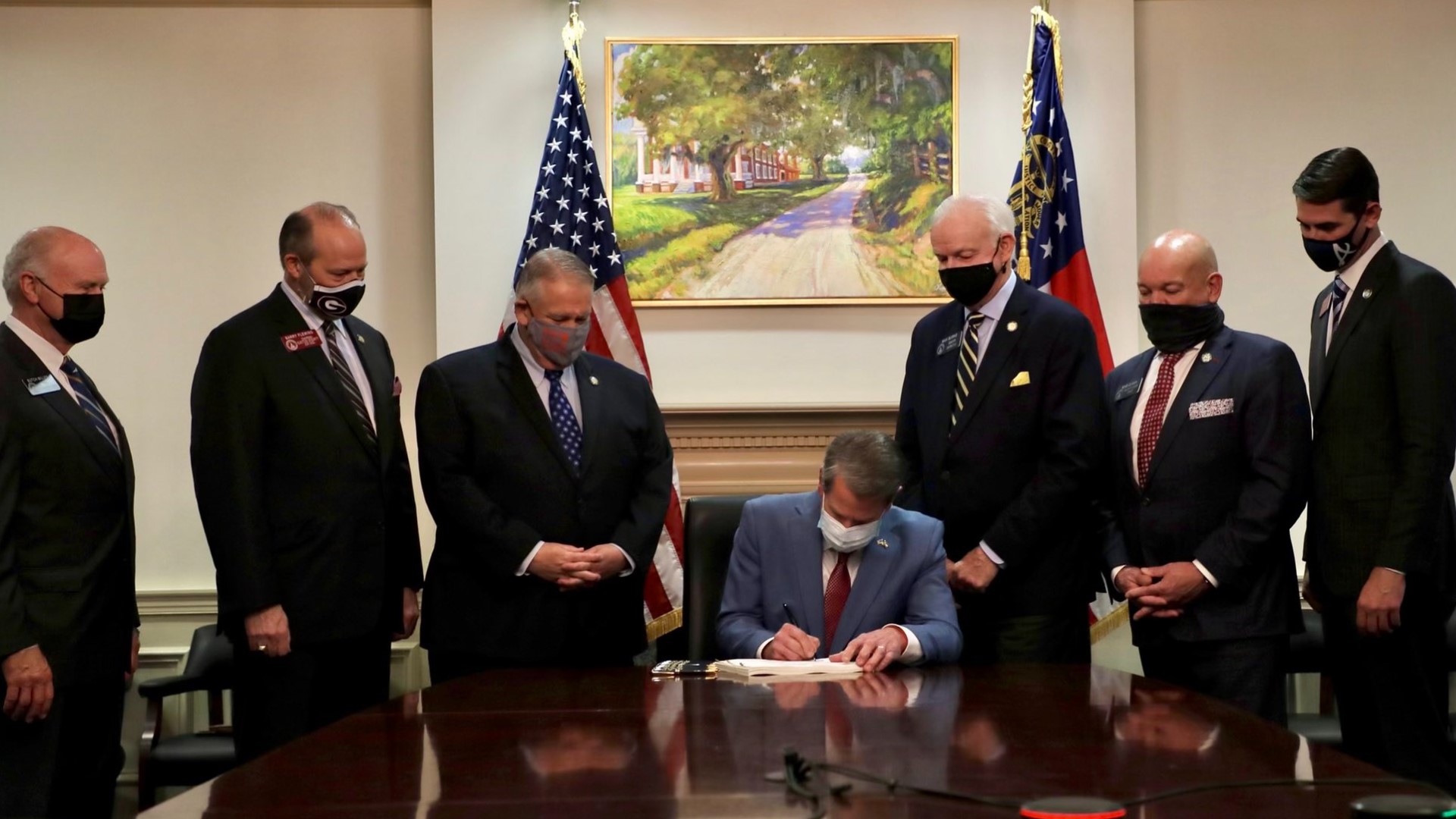 ATLANTA — President Joe Biden has weighed in on the new Georgia elections bill that was signed into law by Gov. Brian Kemp on Thursday.

In a scathing statement, Biden called the law - and many other Republican bills like it proposed in other states - a "blatant attack on the Constitution and good conscience." But he went a step further, painting the legislative efforts by Republicans to implement new, more restrictive losses after bruising defeats in the 2020 election cycle as "Jim Crow in the 21st Century."

"It must end," Biden called.

Georgia's new election law would change the way voters in the state can apply for an absentee ballot. It would also limit mail-in voting, which Democrats relied on heavily during the 2020 election during the coronavirus pandemic. It also bars people from providing water to voters while they wait in line - lines which stretched for hours during primaries and general elections.

State Republicans have said the bill would secure against election fraud, and restore confidence in a system that former President Donald Trump falsely claimed was vulnerable to abuse.

However, three different recounts of the presidential election - overseen by Republican election officials - turned up no evidence of widespread fraud that would have allowed Trump to win the Georgia contest. Officials even stood up to the former president and stood by the results of the election. It's a point Biden drove home in his statement.

"Recount after recount and court case after court case upheld the integrity and outcome of a clearly free, fair, and secure democratic process," Biden said. "Yet instead of celebrating the rights of all Georgians to vote or winning campaigns on the merits of their ideas, Republicans in the state instead rushed through an un-American law to deny people the right to vote."

Democrats and other civil rights activists - who mobilized to drive record turnout and deliver Senate and presidential victories for the party - said many of the provisions are designed to target Black voters and harken back to the days of poll taxes and other hurdles the voting bloc had to overcome during the era of Jim Crow and segregation. Republicans said that label is unfair.

Biden called again for Congress to act and pass the For the People Act and the John Lewis Voting Rights Advancement Act, both of which were passed by the U.S. House. But both would face an uphill battle to pass in the Senate, in which Democrats hold a razor-thin majority.

"We have a moral and Constitutional obligation to act ... to make it easier for all eligible Americans access the ballot box and prevent attacks on the sacred right to vote," Biden said

"If you have the best ideas, you have nothing to hide," he added. "Let the people vote."

In response, Kemp disputed the notion that the new measure was akin to "Jim Crow" laws, accusing Biden and "the left," and national media of being determined to "destroy the sanctity and security of the ballot box."

Former President Trump also weighed in on the new law, congratulating the legislature for changing their "voter Rules and Regulations."