"We appreciate the support to keep Maine growers viable," says Yarborough. Many wild blueberry leaders believe Joe Biden's campaign can 'save' the industry. 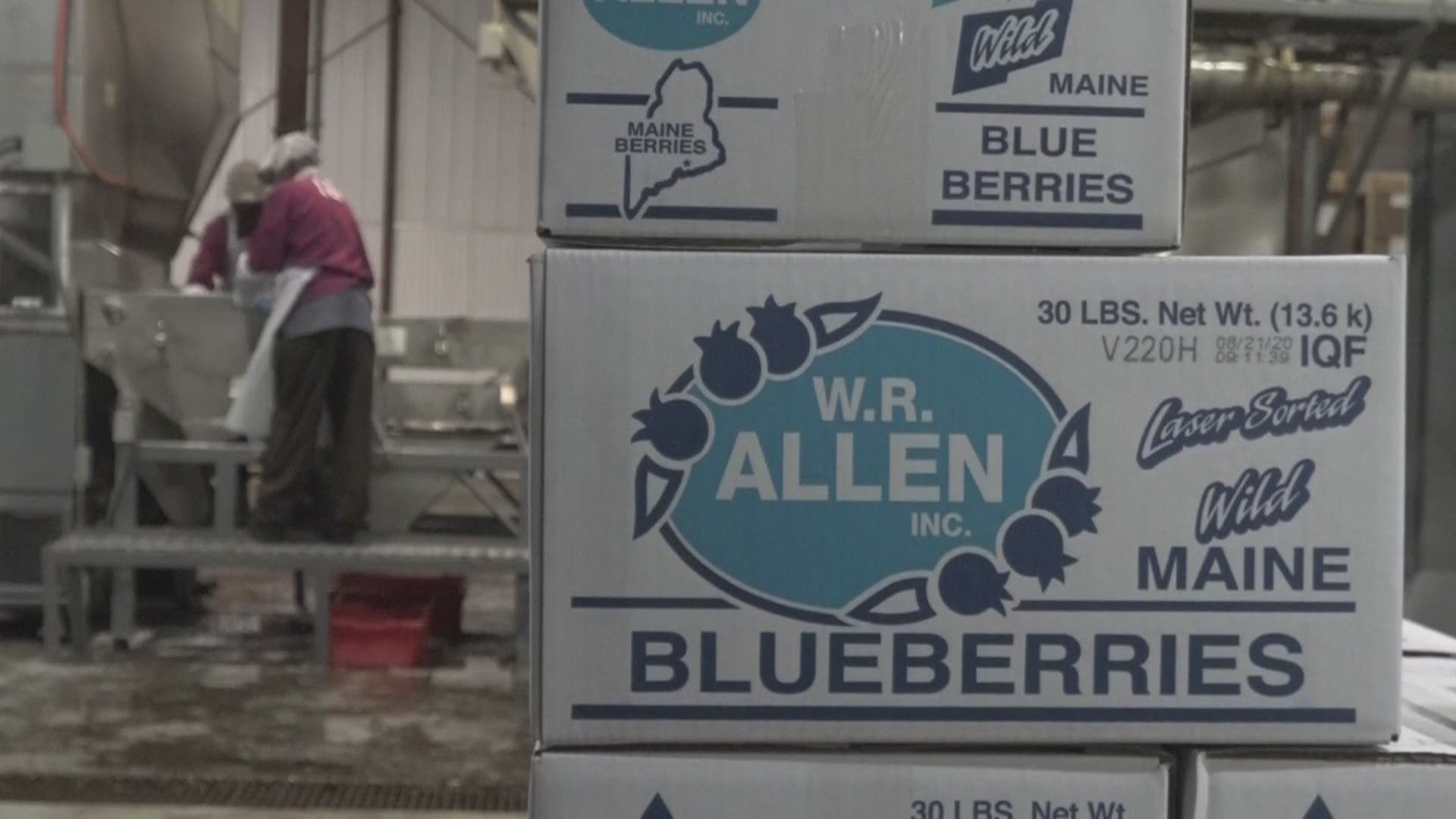 "People know about the multigenerational farming families who have invested in their blueberry farms for generations and deserve leaders who understand the economic and cultural importance of their hard work and their livelihoods," says Spencer Thibodeau, senior advisor to the Biden campaign in Maine.

Thibodeau introduced the roundtable discussion by saying that Maine blueberry farmers have been hit hard by the ripple effects of the Trump administration's trade war with China. Exports to the blueberry "have pretty much vanished," said Thibodeau.

Leaders all agree Maine's wild blueberries have been left behind and have not received the same subsidies that other industries have.

"The reason why we are here, what Joe Biden believes is that the goal of every trade decision is to build the American middle class, create jobs, raise wages, and strengthen our community," said Thibodeau.

Senator Jim Dill, senate chair of the agriculture conservation and forestry committee, spoke about the impact and prioritizing the blueberry industry in Maine.

"We've kinda fallen on deaf ears when asking for help. I'm hoping with a new president, President Biden in there, it'll make it a lot smoother to discuss the issues with him and get the help we need here in the state of Maine," said Dill.

"Back in the 1950s, Maine was the largest producer of wild blueberries in the country," said Yarborough.

Yarborough added Maine growers have done an exceptional effort to increase the volume of wild blueberries to the state and making that natural resource valuable.

"However times have changed we are seeing increases in competition with cultivated blueberries, they now produce 400 million pounds a year, also Canadian wild blueberries produce twice as much as we do," says Yarborough.

Maine is only at 5 percent or 10 percent of the overall blueberry market at this point, but the crop is still very important to Maine's 500 growers and Maine's economy. It's still the top wild blueberry grower in the United States.

"And once the tariffs came in, essentially we lost all of our investment and everything we put into that and all of the money that would have come to Maine now goes to Canada, the Canadians weren't affected by those tariffs," said Yarborough.

Climate change is another factor that has greatly affected the crop.

"We've seen some changes with production with the warmer climate, what has also happened is that in the past two years Maine's crop was reduced by 50 percent...and this was climate change," said Yarborough.

Sustainable energy policies along with relief to growers, fair trade, and addressing small growers in the state who are struggling... like Marie and Dell Emerson the owners of Wild Wescogus Berries.

"The amazing work that the university has done to help small growers, but what we need now is relief, and relief is spelled by tariff, at least to determine the underlying causes of why this industry is where it's at today," says Emerson.

The small growers said their business has been devastated.

"I just know Joe will do that, and I believe that they will look into this," says Emerson. "This ecosystem to us (wild blueberries) is what the rainforest is to the world, and we can't afford to lose it."

"What we need is access to our very own the United States of America, markets that we built," says Emerson.

Emerson says if elected, Biden will save this industry.

"President Trump has done nothing with this new NAFTA agreement, he has made very little changes to it, it was all talk and no action, so if we can look at the stock increases of the import and make a change," says Emerson.

"I think our voices will be heard, and he will respond to us in a favorable manner to level that planned field to allow us to have the resources we need to compete fairly internationally because there is international trade and we need those resources to prepare our growers," says Yarborough.

Government support that Yarborough thinks will be very crucial to the crops' livelihood.

Thibodeau concluded by saying that Biden will focus on agricultural rural issues in his presidency, including this vital crop for Maine.