Sen. Susan Collins was censured Sunday night by her own home county Republicans. 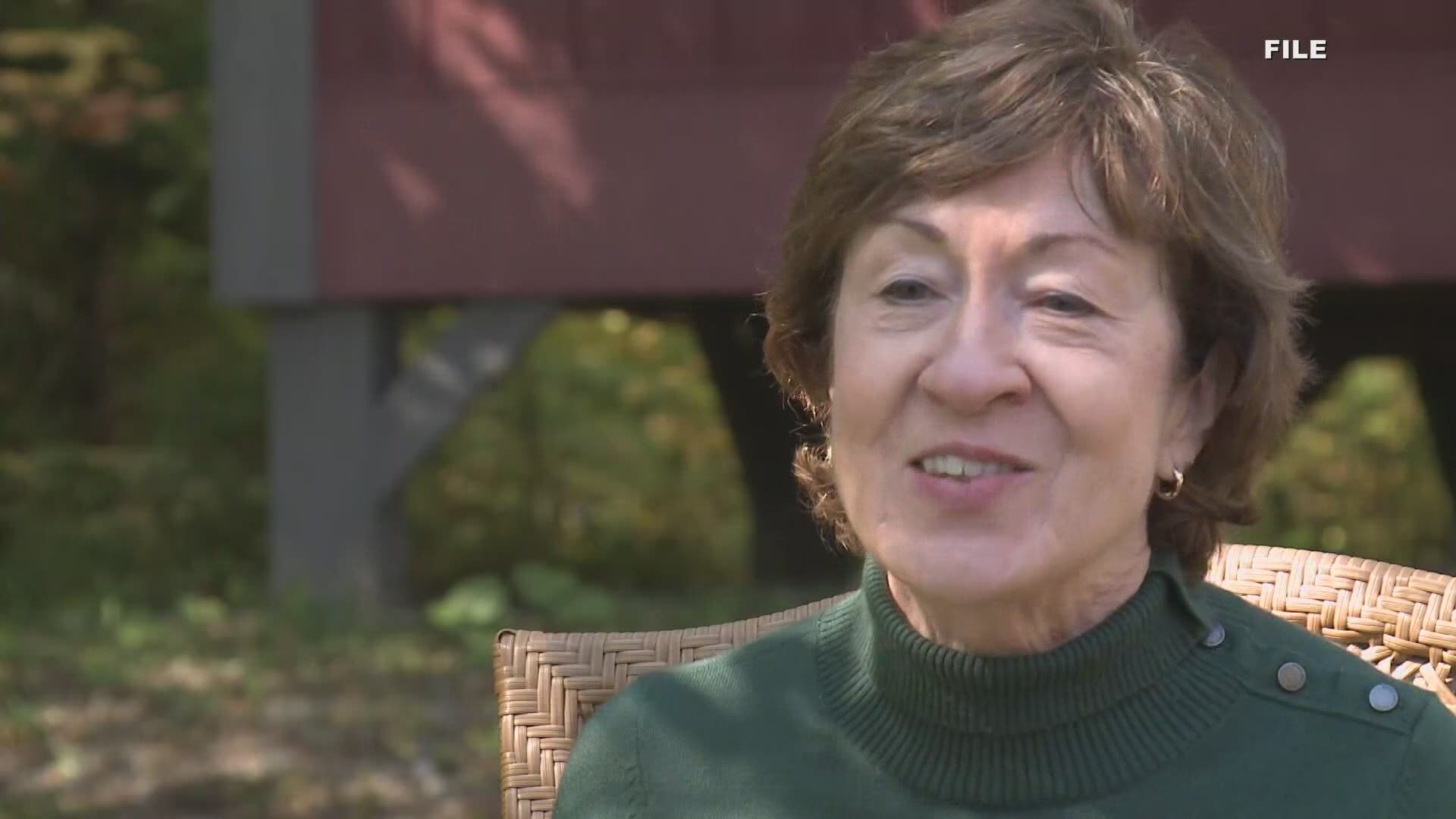 AROOSTOOK COUNTY, Maine — Republicans in Maine Sen. Susan Collins' home county of Aroostook have voted to censure her for her decision in January to vote to convict former President Donald Trump in his second impeachment trial.

Meanwhile, the Maine Republican Party said it will meet on Saturday to consider censuring Collins, one of seven GOP senators who voted against their party and drew strong criticism as a result from Republicans in their home states. A "yes" vote by the statewide committee is considered unlikely by observers.

"We want to hold them accountable," said Aroostook County Committee Chair John DeVeau, referring to the Maine Republican Party. "Nobody has taken any actions to hold [Collins] accountable for her decision, and many of us in the party feel like we're being disenfranchised. Some are even talking about leaving," he said.

Signed by 19 members, the censure resolution states that, "Senator Collins public statements in support of the language, actions, and promotion of an illegal, unethical, unconstitutional 'impeachment' of former President Trump, undermines the conservative and ethical values promoted by the Aroostook County Republicans and the Maine Republican Party and as demonstrated, is a purely self-serving, vindictive and punitive action by those with establishment political objectives."

In response to the censure, Collins defended her decision to vote to convict Trump in a statement to NEWS CENTER Maine Thursday, again saying her vote was "based on my duty to uphold the Constitution and to render impartial justice, rather than on partisan political considerations."

After Trump was acquitted, Collins faced down the backlash among Maine Republicans over her "yes" vote by saying the evidence was "very strong" that Trump incited an insurrection on the U.S. Capitol on Jan. 6.

The Maine Republican Party issued a letter to Collins a month later condemning her vote "in the strongest possible terms," but it came only in the wake of widespread demands by Maine Republicans for the state party to take action.

Collins discussed the possibility of being censured with NEWS CENTER Maine's Pat Callaghan back in February.