NEWS CENTER Maine finds Gideon was the first official to ask Bates to resign. She was aware of rumors of his misconduct months prior, but says she lacked evidence. 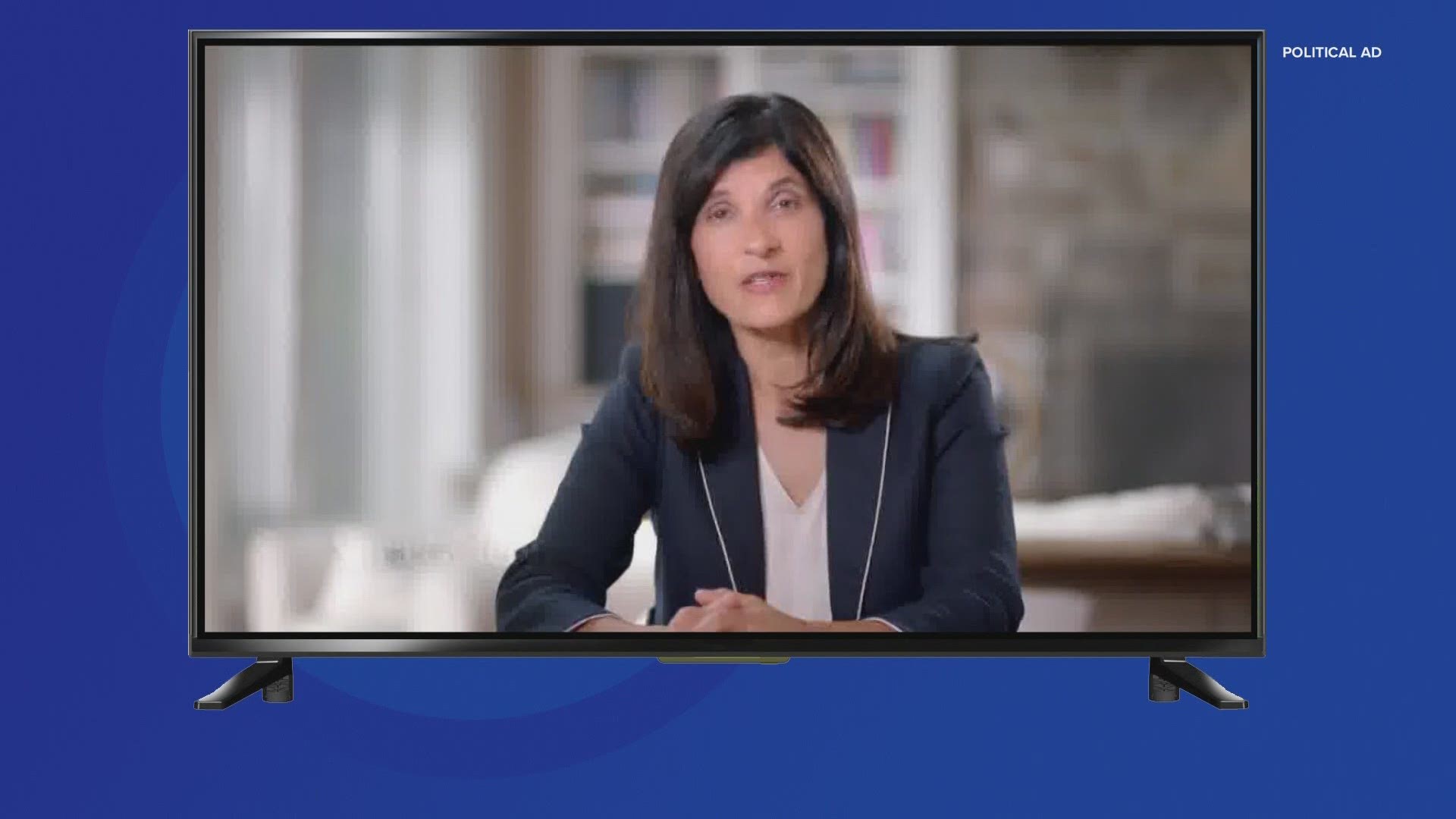 MAINE, Maine — If you've been watching any newscast in Maine the past few weeks, then you've seen a lot of political advertising.

That includes attack ads against Maine Speaker of the House Sara Gideon, created by a Republican group that supports Sen. Susan Collins' reelection bid. The ads claim Gideon knew of allegations of sexual misconduct by former state representative Dillon Bates and did nothing for months. Claiming that only when pressured by the media did Gideon act.

The first ad of this kind was put out by the National Republican Senatorial Committee (NRSC) and began airing June 17. According to its website, the NRSC is a "national organization solely devoted to strengthening the Republican Senate Majority and electing Republicans to the United States Senate." The ad says:

NARRATOR: The Portland Press Herald reports, a Democrat legislator, a teacher, is accused of preying on underage girls. You'd immediately call for an ethics investigation, right? Speaker Gideon didn't. For almost six whole months, Gideon dragged her feet, placing party loyalty over justice. Haven't we had enough of that? Susan Collins makes the tough calls. You might not agree with all of them, but she's been there for Maine. The NRSC is responsible for the content of this advertising.

In response, the Gideon campaign put out an ad of its own, addressing the claims. The ad says:

GIDEON: I'm Sara Gideon and I knew there would be false attacks when I ran for Senate, but the ads on air for Susan Collins right now go too far. The truth is, I was the first person to call on the State Representative to resign when evidence of misconduct was revealed. And as the mother of two sons and one daughter, I value our children's safety more than anything else. To suggest otherwise is not only false, it's way over the line. That's why I approve this message.

So what's the truth? Looking into the incident behind those ads, NEWS CENTER MAINE found it's somewhere in the middle.

On that day, then Head of School Amy Joy sent out an email to community members which said Bates had resigned "to devote more time to his many other professional activities."

At that point, no other public information was released.

Days later on November 30, 2017—Maine's Department of Health and Human Services (DHHS) received a complaint about child abuse and launched an investigation into "a faculty member" at Maine Girls Academy.

Sources independent of DHHS have identified that person as Dillon Bates. However, as is standard for the department, the investigation was not made public.

Spring of 2018—According to the Sara Gideon Senate campaign, Speaker Gideon approached Bates about the "rumors" circulating. He denied them. She told him if there was concrete evidence, she would ask him to immediately resign.

At that time, the former manager of research and communications at DHHS Caroline Ferguson told the Portland Press Herald, “The department investigated a complaint of alleged sexual misconduct regarding a faculty member at the Maine Girls’ Academy. This investigation was concluded in June of 2018. At that time, based upon the available evidence, there was not sufficient evidence to meet the statutory threshold of a finding of child abuse or neglect."

On August 3, 2018—Portland-based monthly magazine The Bollard published the article "Lawmaker. Coach. Director. Predator." Throughout the article, an anonymous accuser outlined the inappropriate sexual relationship Bates had with her and other students.

That same day, August 3, 2018—Gideon asked Bates to resign from his position in the Maine legislature.

On August 6, 2018—The Portland Press Herald published "Lawmaker accused of misconduct with students resigns coaching position at Massabesic High." It is the article referenced in two of the NRSC ads.

On August 20, 2018—Dillon Bates resigned from the Maine House of Representatives.

It is true, Gideon was the first elected official to ask Bates to resign following the publishing of the Bollard article.

It is also true Gideon was aware of 'rumors' about Bates' sexual misconduct in the months before the Bollard article was published and no ethics investigation was launched. Her team says it lacked concrete evidence to act before the article.

Responding to request for comment for this story, Communications Director for the Sara Gideon Senate Campaign Maeve Coyle says, “These attacks are a new low for Senator Collins. Sara was the first person to call on the state representative to resign, and Senator Collins knows that. We've known for some time how much Susan Collins has changed over 24 years in Washington, but she's again making that abundantly clear."

Nathan Brand with the NRSC says, “Gideon knew of an alleged sexual predator in her caucus for months, and chose to do nothing. When serious allegations were brought personally to her attention, she chose to believe Bates, keeping them private instead of seeking out the truth. Only once the allegations were made public by the press did she call for his resignation. This raises serious questions about her judgment and her lack of leadership: What was brought to her attention and when? Why didn’t Gideon investigate? Did Gideon know why he was fired from the school? Who did Gideon talk to about the allegations? Gideon claims to #BelieveWomen, but why did she dismiss the victims’ alleged claims regarding Bates?”