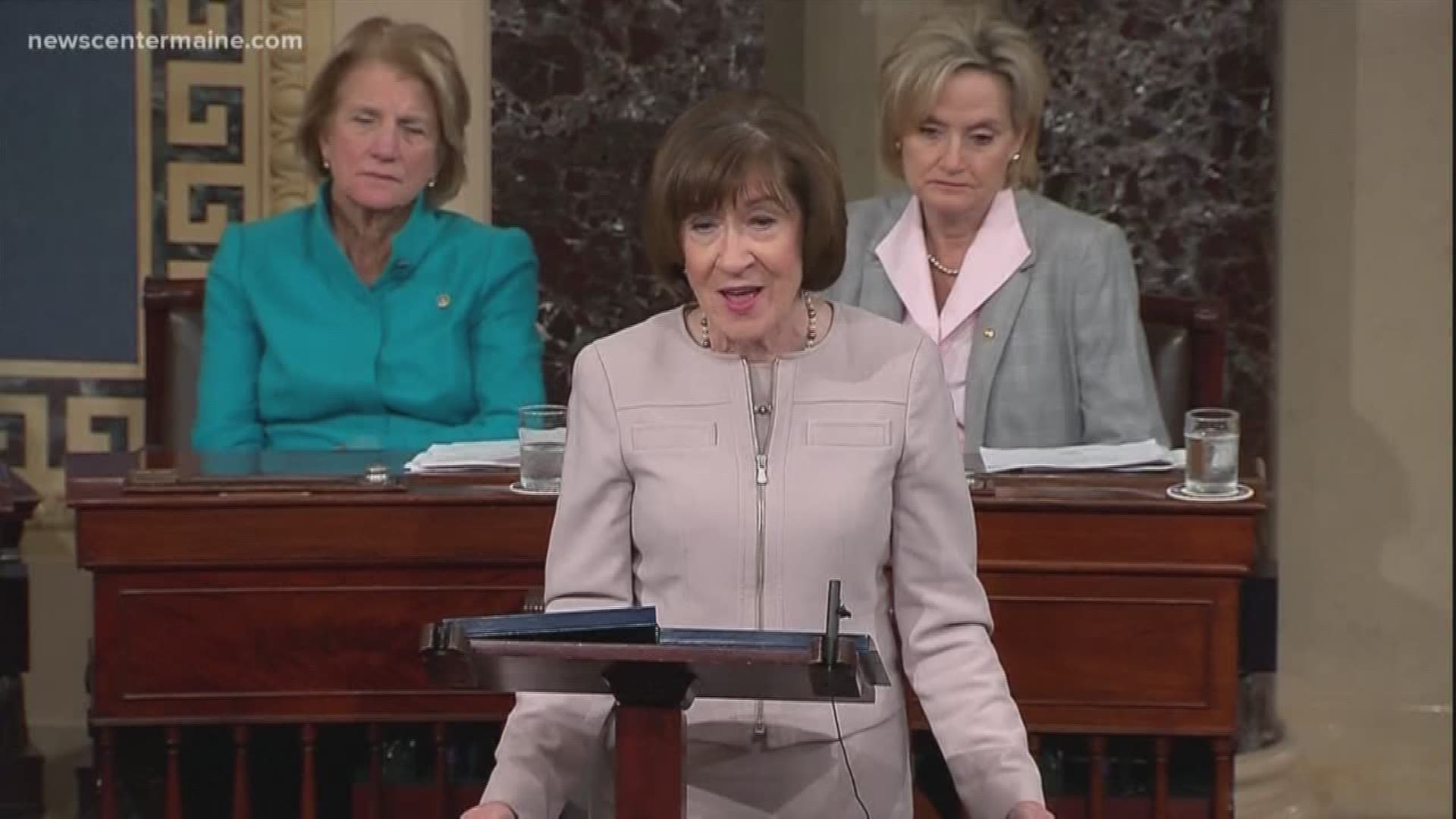 BRUNSWICK, Maine — Next year’s elections will see “the biggest presidential election turnout in our lifetime”, according to one of Washington’s leading political analysts.

Charlie Cook is editor of the well-respected Cook Political Report, which analyzes and provides ratings for national political races. Last week, the report changed its rating for Senator Susan Collins’ U.S. Senate race from “leans Republican” to a “toss up”, suggesting anyone could win. Cook says the change is based partly on the expectation that Sara Gideon will get the Democratic nomination to run against Collins. There are four Democratic primary candidates, but Gideon appears to have the support and funding of the party establishment. Cook says the emergence of what he calls a “top tier” opponent for Collins is a big factor in the ratings, despite the lack of current head to head polling.

“Senator Collins has always won big,” Cook told NEWS CENTER Maine, “and has always done incredibly well with moderate voters, with independent voters and, heck, she got 37 percent of Democrats last time she was up. We’re not in that era any more.”

Cook says the anger over Collins’ vote for the Kavanaugh nomination to the Supreme Court, and fierce Democratic opposition to President Trump, will likely cost her a lot of the Democratic support she received in the past, as well as some independent votes. As a result, he says, her race is likely to be tight.

RELATED: 'I acted with integrity' -- Collins stands behind Kavanaugh vote following book release
RELATED: 'I will not be intimidated.' Senator Susan Collins says she made the right decision on Kavanaugh

“I think it's gonna be a real good race” he said.

The big driver for the entire 2020 election, however, will be President Trump. Cook says voters on both sides are already energized, and he expects a big turnout from both Democrats and Republicans. Their decisions, he says, will largely be about likes or dislikes.

“Issues are mattering less and less in general, and that was true before President Trump came along -- increasingly true, and it's really true now. He is the defining event. Only a quarter of Americans have any ambivalence about President Trump. They either love him, or they hate him.”

Cook says he thinks the President could once again lose the popular vote but win the Electoral College vote, which is what happened in 2016.