Police say the new softball field dugouts and some of the playground equipment at Abbot Park were vandalized sometime over the weekend. 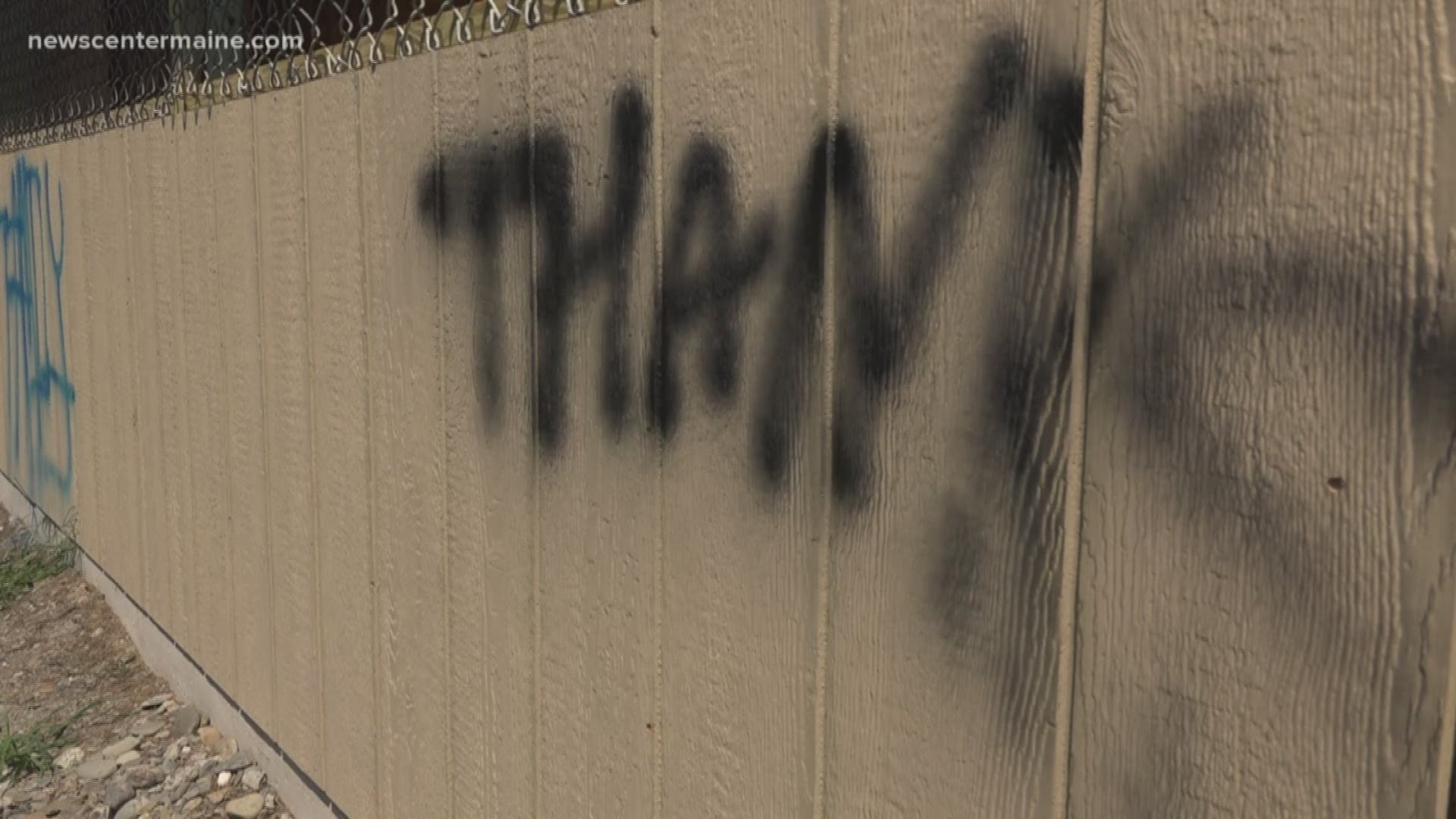 No one was running to home base Monday after the dugouts and playground equipment at Abbott Park were vandalized with spray paint over the weekend.

"It was a lot worse than I thought it would be," said Greg DaSilva, the town's recreation director.

The word "thanks" was spray painted in black across one of the dugouts, but Crooker wasn't thankful it was there.

"To see something happen so quickly after they've just been built, I mean, we've had them in operation for a couple of months now, is obviously disheartening," said Crooker.

"My heart dropped the second I crested the hill because kids play up here all of the time," said DaSilva.

Town officials first learned of the vandalism Saturday morning and by Sunday, residents were already working to clean it up.

"We are a small community with a lot of great people and people came together real quick to try to do whatever they could," said Crooker. "Whether it was come up and remove the vandalism, the paint, or to try to offer services to help paint. It's a small community that's taken a bad event that was really kind of disheartening when you see it the first time, and turned it into something that's good."

"[One man] brought his son up, who was eight years old, and they scrubbed a word off of the slide here and it was gone," added DaSilva.

As the community comes together to repair and repaint, the Waldo County Sheriff's Department continues to investigate.

"Hopefully somebody will be able to give some tips to the sheriff's department to help out with their investigation," said Crooker.

As of Monday, the investigation was still active, though no suspects had been identified or apprehended, according to Sgt. Cody Laite. He added that the investigation is leading towards juveniles being the responsible party though.

Anyone who has any information related to the vandalism is asked to contact Waldo County Sheriff’s Department Deputy Ryan Jackson at 338-6786.

The dugouts had just been finished this past Spring and were scheduled to be painted in the Fall but a professional painter has offered to take care of them sooner. Others in the community have offered to donate paint, money, and labor.

"It's not a monetary impact, it's just more of the message behind it and the unfortunate act that has occurred," said Crooker. "The damage will be fixed and we'll continue to provide a safe place for our children to play here."