Plastic bag ban: Biddeford could be next

Getting rid of something shoppers have used for years in an effort to clean up the environment: Plastic bags. 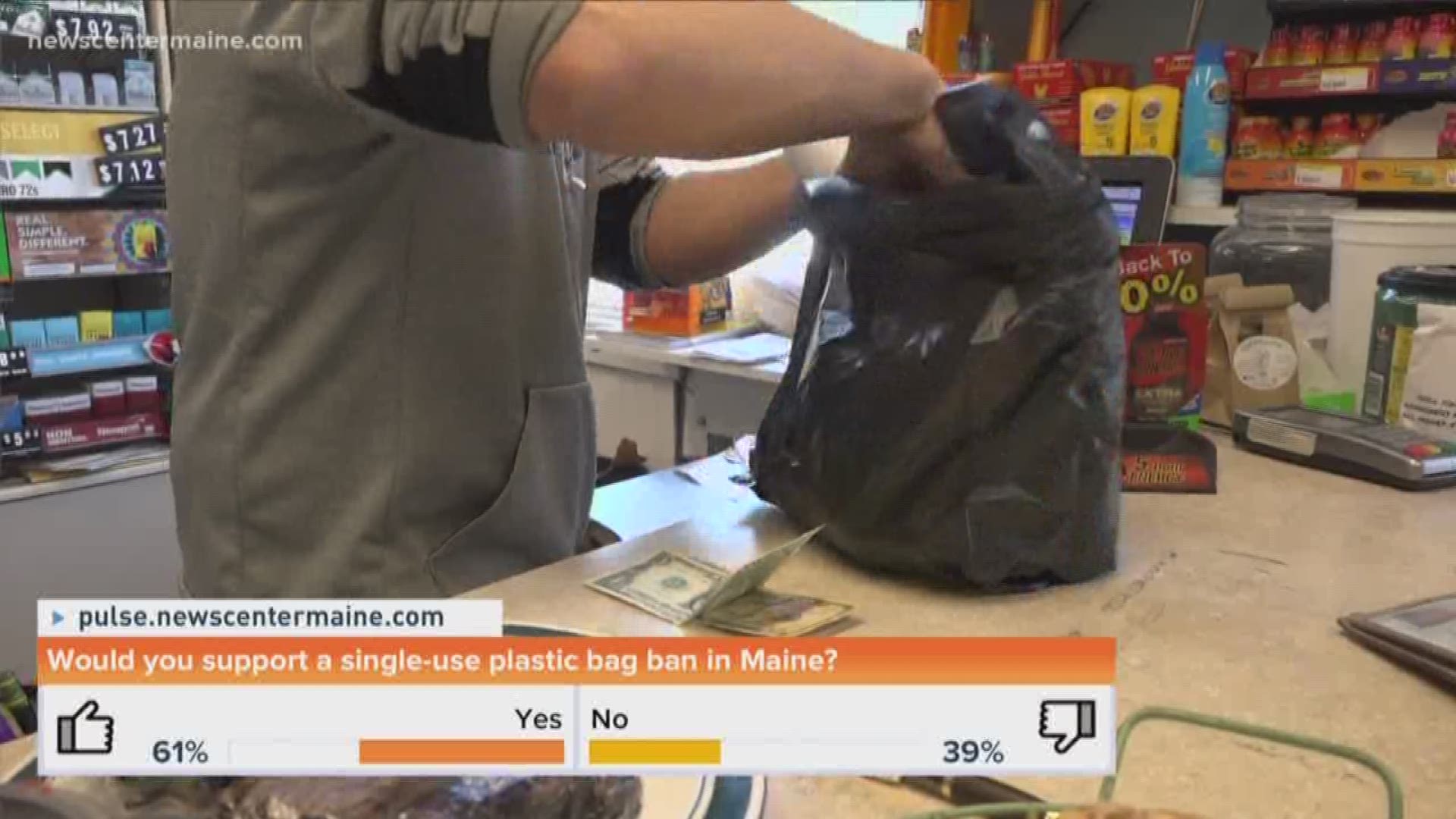 BIDDEFORD, Maine — Getting rid of something shoppers have used for years in an effort to clean up the environment: Plastic bags.

The latest city looking to ban them could move one step closer to doing so, Tuesday night.

"Get rid of it! Let's go with paper bags," said a customer at Jaky's Market in Biddeford.

"I think we should try to find a way to recycle the plastic bags," said another.

At Jaky's, some lunch-goers are already passing on plastic bags. But some still depend on them.

Maurice Methot also offers paper bags at his shop, but he says they cost him more.

"How many years have we been using plastic bags? Many years. So you're changing the way of the customer. And me at the convenience store, I'm supposed to be convenient. I'm not being convenient right now," said Methot.

Biddeford could become the latest place in Maine to ban the single-use bags. Council members will consider a new ordinance Tuesday night.

"I get to see the effects of both sides of it," said Jeff Demers.

Demers not only oversees the city's public works department, but he's also the wastewater director.

He says it's an effort to protect the environment and reduce recycling contamination.

"China was taking all of our stuff they didn't really care what it was. They were just taking it. As the tariffs came in they got really strict on the contamination rate and Casella is now asking us to get to 8-5% contamination rate. Right now we're running at 18-20%."

Demers urges customers to return plastic bags to stores, where they can be recycled.

"The code enforcement officers have been going around to see if the stores have been putting their drop boxes back into the stores."

Biddeford city council will take an initial vote on the plastic bag ban proposal Tuesday night. The ordinance will go for a final vote in two weeks. If passed, there would be a 90 day period before it takes effect.