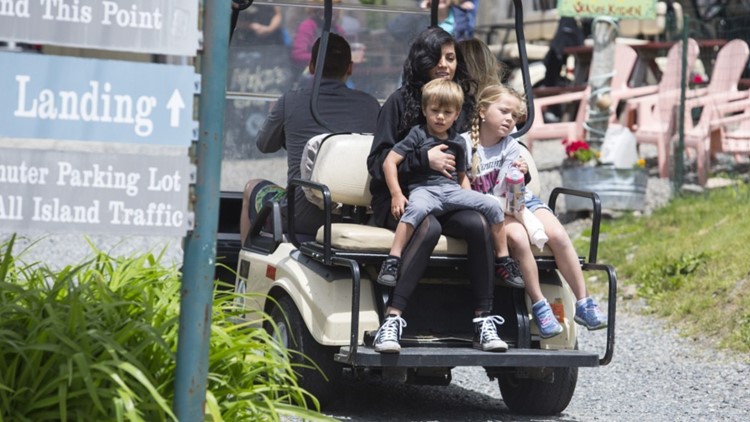 Photo by: Derek Davis/Portland Press Herald
Rules passed by the Portland City Council on Monday require all golf cart operators to have driver's licenses and prohibit anyone from standing in a moving cart or riding in the lap of a cart driver or passenger.

Peaks Island rental golf carts must be all-electric by 2021

PORTLAND, Maine — A Maine city will require that gas-powered rental golf carts used to get around a nearby island become all-electric by the summer of 2021 to address noise, traffic, exhaust and safety complaints from residents.

Residents of Peaks Island, off Portland, say the loud carts overrun the island each summer because of increased tourism.

Peaks Island has fewer than 1,000 residents during the offseason and is a short boat ride from Portland.

The Portland Press Herald reports that among other mandates, rental companies must also mark carts with their names to make it easier for islanders to report problems.

The owners of the two rental companies say they're willing to make changes.