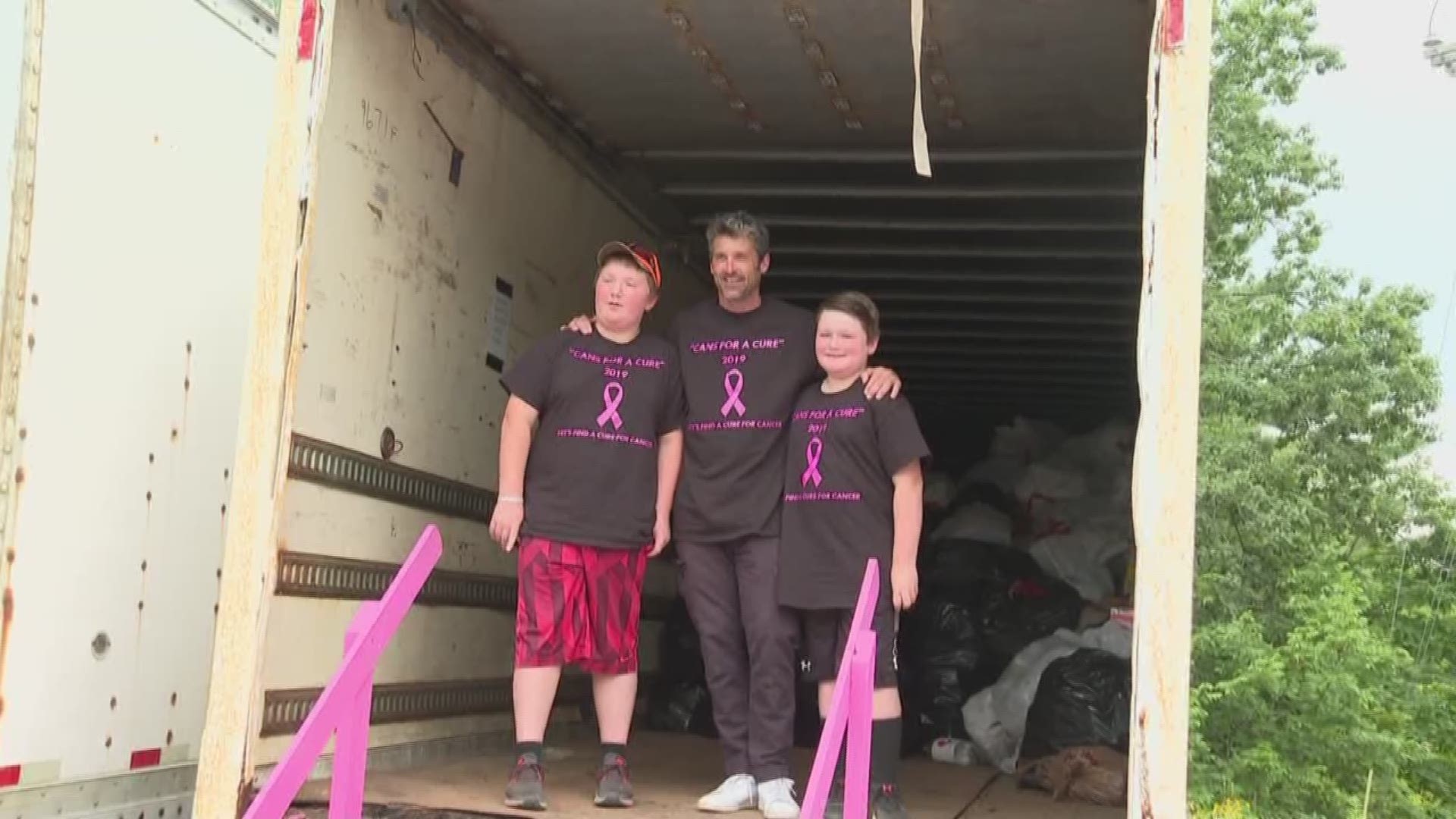 BALDWIN, Maine — Bryce and Riley Deshaies of Parsonsfield have been collecting cans and bottles since they could walk.

Every year, every nickel has gone to Q97.9's 'Cans For a Cure' to benefit the Dempsey Center.

Over the last decade, the boys, along with their family and the community's help, have raised almost 50 thousand dollars.

"It feels good to help people the community and people with cancer," said Riley Deshaies.

"It gives me that happy feeling, yes. I'm helping them out. It feels good."

The boys' project has gotten so big over the years, they've grown out of their garage space -- but thanks to P.Y. Estes and Son in West Baldwin, they have access to a trailer to store their recyclables.

In April 2018, two people walked into the trailer and stole and damaged hundreds of bags and bottles.

The community rallied around the brothers and, despite the theft, the boys still collected more than 200,000 cans and bottles. That's almost 10-thousand dollars for Q97.9's Cans for a Cure, to benefit the Dempsey Center, which cares for and supports people with cancer and their families -- free of charge.

"They're humble, Maine kids who started because of their grandmother, and they really wanted to make a difference," said Lori Voornas of the Q Morning Show.

This past Friday, Patrick Dempsey was in the Q studios and Voornas told him about the Deshaies brothers.

"What kills me about Patrick Dempsey is he said, 'Well, I've got to meet them,' and I said, 'Okay, I'm sure they'd be fine with that," Voornas chuckled.

On Monday, Dempsey drove to P.Y. Estes to meet the young philanthropists and their family.

"I think the work that they're doing is making a huge impact in people's lives, and I was really inspired by them -- grateful to be in their company today," Dempsey said.

"We don't treat the disease, we treat the person," Dempsey said about the work done at the Dempsey Center. "We try to make them feel better while they manage their cancer battle in whatever way is possible for them."

And it's done through donations and the generosity and giving spirit of people like Bryce and Riley Deshaies.

"If someone is out there fighting cancer right now, you're not alone. Please come to the center. There are two locations -- one in Lewiston/Auburn and one in South Portland," Dempsey said. "We're there for you, come use our services. They're free, because of people like these young gentlemen."