Governor Janet Mills says that over the past five years, 1,700 Mainers have died from drug overdoses. 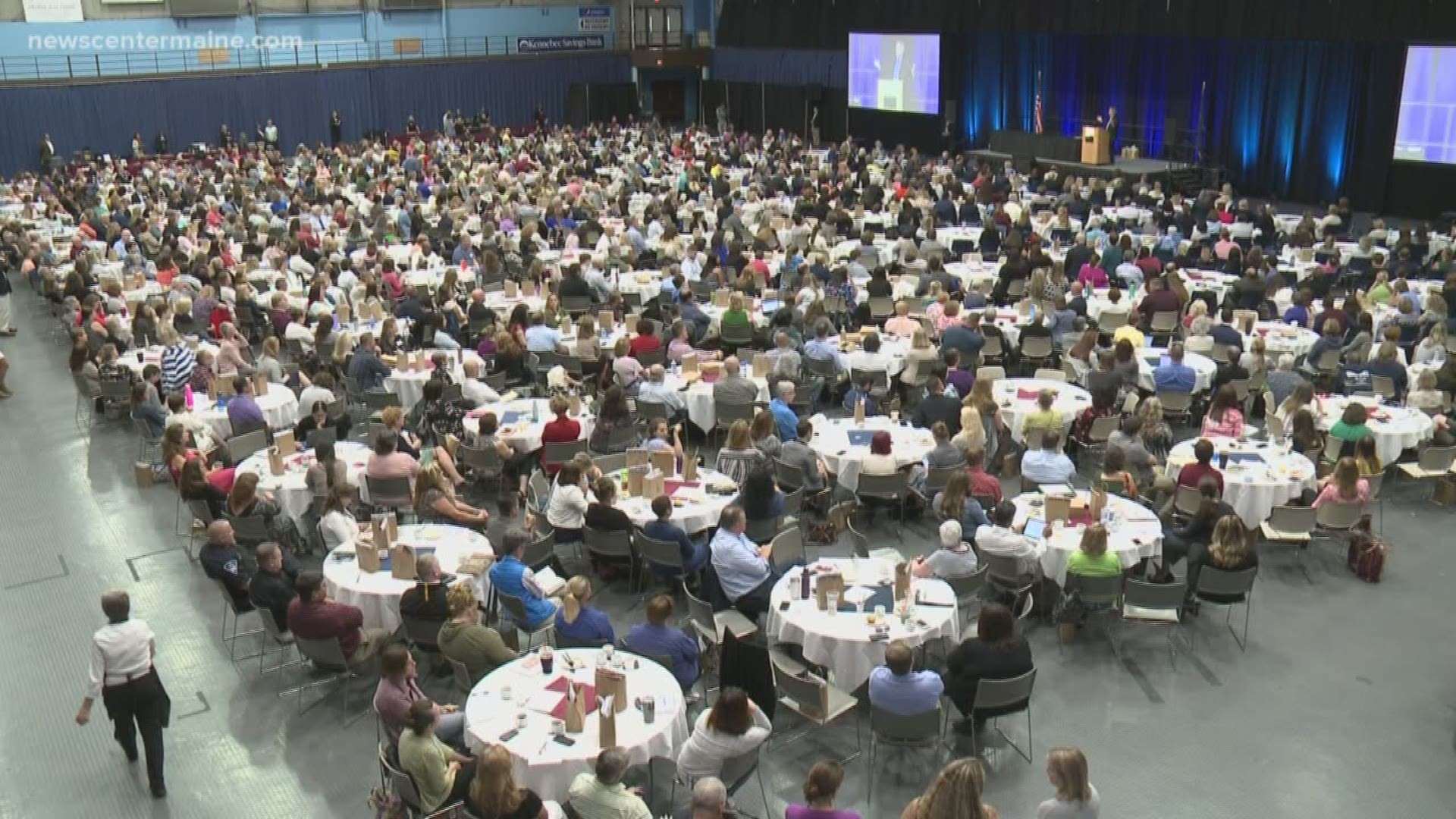 AUGUSTA, Maine — Governor Janet Mills says that over the past five years, 1,700 Mainers have died from drug overdoses.

That sad statistic is one reason why about a thousand people showed up at the Augusta Civic Center Monday for the Governor’s “summit” conference on Maine’s opioid epidemic. Mills said the number of OD deaths in Maine has declined slightly, but “that even one is too many”.

However, she also said the situation is improving, as medical professionals, law enforcement and addiction experts are all involved in helping to expand and improve drug treatment.

“Nobody is denying there’s a problem, you can’t deny the number of people dying on streets and homes and public venues,” said the Governor. “You can’t deny this is happening any more.”

The crowd included people who work in treatment programs, as well as recovering addicts and family members, police officers and other medical experts.

Before detailed discussions of different aspects of treatment, the large group heard from the author of a best- selling book called  “Dreamland”, which chronicles the nearly simultaneous rise of cheap heroin from Mexico and the explosive growth of the use of prescription opioid pain killers, both of which have fueled the opioid epidemic.

Sam Quinones said small, local treatment and outreach programs may offer the best hope of getting people into recovery and helping them succeed. And he said those programs, and the people who work in them, need to be encouraged.

Holly Stover, a state legislator from Boothbay who worked for Addiction outreach in that community, said the local program started by the police chief is making a difference.

“One of the things we do is provide hope to people who are hopeless,” Stover tells NEWS CENTER Maine.

Andrew Allen of Portland said he was close to hopeless after 12 years addicted to prescription pain killers. But he told the conference he was finally able to connect with a treatment center in Biddeford, and says that program made the difference. Allen said he has been free of opioid drugs for close to two years, and that his life finally offers hope for a bright future.

“I think deep down inside every addict is a human being, and all we want is to be normal and live a normal life and have goals and think about the future. And when your mind is clouded with drugs you can’t see that far, and now I can.”