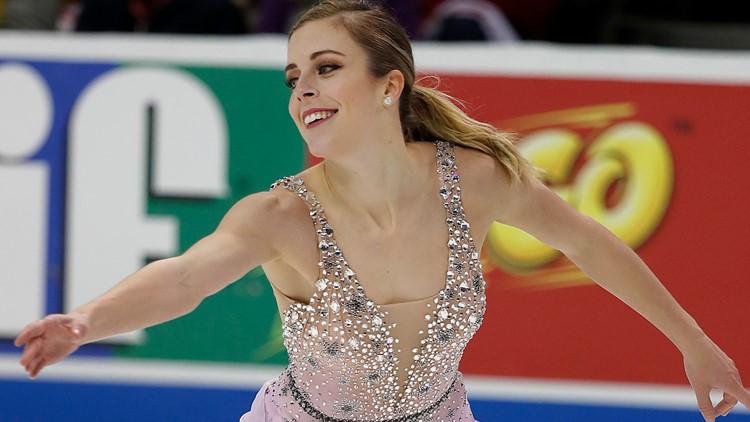 Olympian Ashley Wagner: I was sexually assaulted by former teammate

Olympic figure skater Ashley Wagner revealed Thursday that she was sexually assaulted at the age of 17 by fellow figure skater John Coughlin.

Wagner broke her silence in an article for USA TODAY, describing what happened and why she's telling her story now.

The 2014 Olympic bronze medalist said the assault happened at a party in June 2008 while she was attending a figure skating camp in Colorado Springs, Colorado.

Wagner recalled how some of the local athletes had people over at a house and she "knew everyone there, so it felt like it was okay to have a little fun." She explained that no one was able to drive her back to her hotel, so she and a few other girls decided the spend the night.

RELATED: Ashley Wagner: 'I didn't listen to all the people telling me no'

While she was sleeping in a bed in the middle of the night, Wagner said she felt someone crawl into her bed.

"I thought he just wanted a place to sleep. But then he started kissing my neck. I pretended to be deep asleep, hoping he would stop. He didn’t," Wagner described.

She went on to explain that Coughlin groped and sexually assaulted her.

Wagner described feeling scared "because he was so much bigger than I was" and she "didn't know if I could push him off."

At one point Wagner said she felt herself starting to cry and opened her eyes and "pulled away from him as he kissed my neck." After grabbing his hand and telling him to stop, Wagner said Coughlin stopped, looked at her for a few seconds then left the room.

"All of this happened over the period of about five minutes. That is such a small amount of time, but it's haunted me ever since," she explained.

Wagner said she decided over the past few months to tell her story and "wrestled" with whether or not to publicly name Coughlin. He died by suicide earlier this year as investigators began to review accusations of sexual misconduct against him. At the time, he called the allegations against him "unfounded" in an email to USA TODAY.

"But a name can shape so much of how my story is perceived. Without it, I know people will question my credibility," Wagner wrote.

She explained that her story is not about a name but is instead "about the environment that allowed for that act to happen."

Wagner discussed how she wants to make the sport safer for young competitors in the "pressure-cooker environment" where teenagers and adults compete side-by-side in a small social world.

"I do not see myself as a victim, and I never want anyone else to think of me that way. After that awful night in 2008, I moved on with my life, but I was always confused about what to think of him. He never apologized, and I never asked for an apology. We both moved forward, never acknowledging what he did to me," Wagner explained.

If you are a survivor of sexual assault, you can call the National Sexual Assault Hotline at 800.656.HOPE (4673) or visit hotline.rainn.org/online.