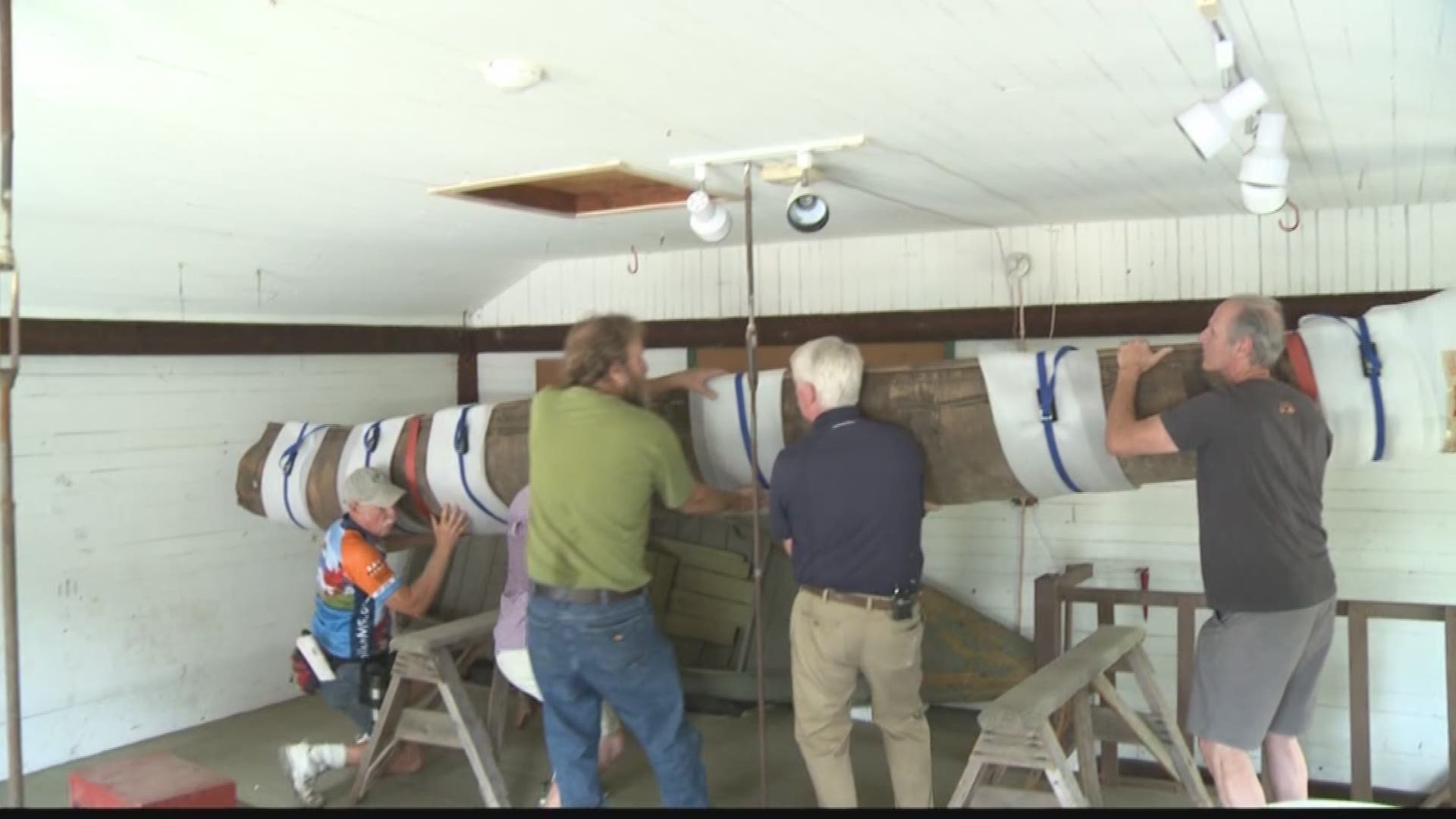 BRUNSWICK, Maine (NEWS CENTER) -- Everyone knew it was a gem. Now a canoe that had been hanging in a carriage house behind the museum is believed to be the oldest birch bark canoe in existence. It is also in extraordinary shape.

"We knew it was one of the treasures in the collection," said Pejepscot Historical Society Executive Director Larissa Vigue Picard. She mounted a campaign to research, date, conserve and eventually display the Wabenaki built canoe.

It is believed to have been built by Maliseets and give to Dr. Williams Barnes. Barnes used the canoe which was passed down through the family and given to the Pejepscot in 1889, one year after the society was formed.

Steve Cayard will do the conservation. He finds the canoe particularly exciting because even by 18th Century standards, old techniques were used. "This is one of the few canoes that were built without nails or modern fastenings of any kind," he said.

He points out that many of the techniques used were those used before contact with Europeans.

It's about 19 feet in length and displays ancient Native craftsmanship. "Instead of having a chiseled mortise cut for the thwarts, there was just a split made in the inwale and tenant of the thwart was forced into that," he told NEWS CENTER. "That was probably a pre-contact method and I've only seen on Wabenaki canoe that uses that method of thwart attachment."

"Another old technique," he added "is this stem strip here. It was made with tanned deer skin and this is the only canoe that I have seen that has that."

Cayard will conserve the canoe at his shop in Wellington, Maine and return it to the museum for display as early as this fall.