From Farmington to Portland to Randolph, New Hampshire - these are the stories Mainers clicked on the most in 2019. 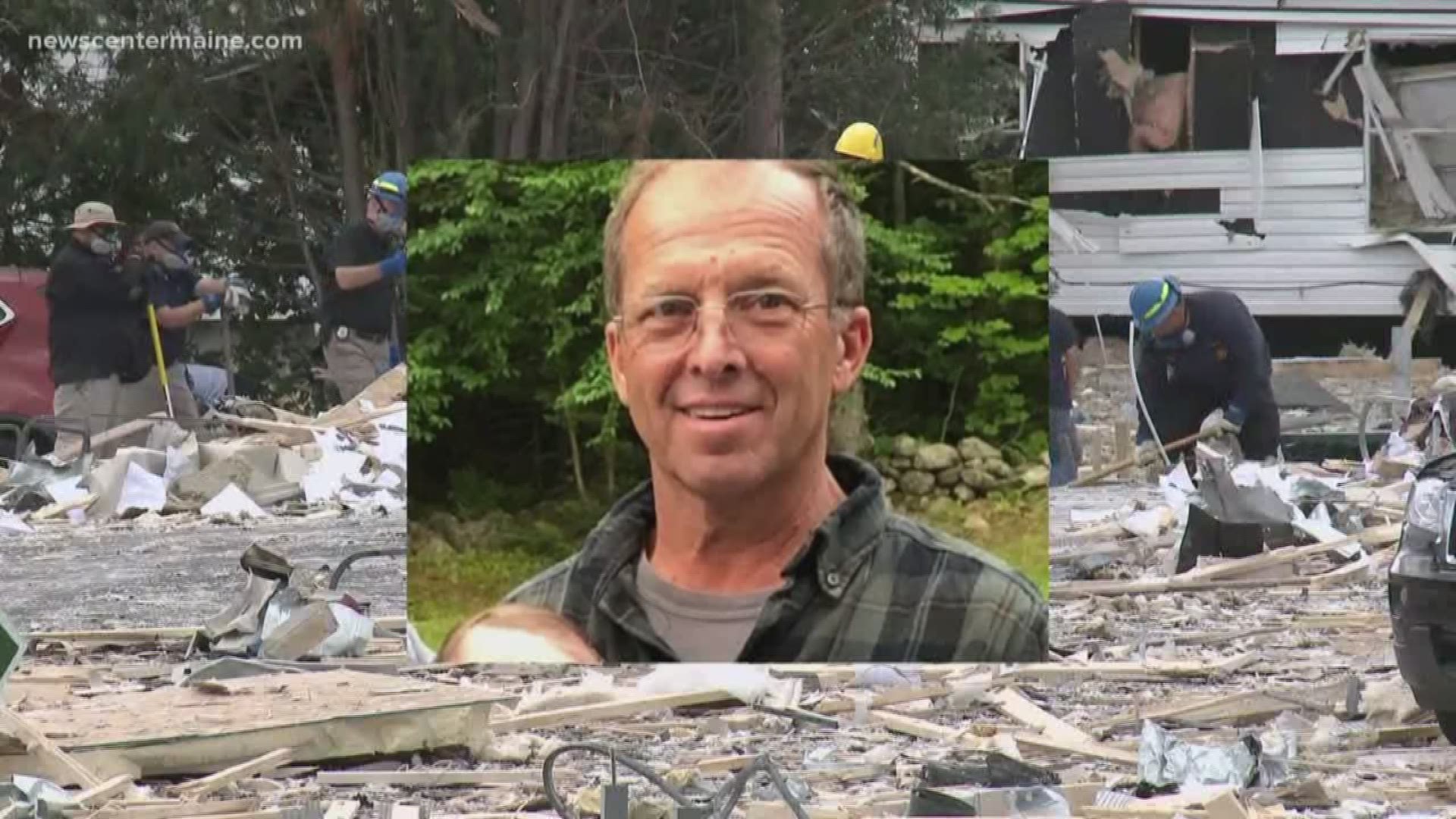 MAINE, USA — NEWS CENTER Maine's top five most-read stories in 2019 reflect a year of unexpected tragedies that at times brought to light heroic efforts on the part of one person or many.

The fact that, at the end of the year, it's these stories Mainers clicked on the most seems to show the statewide sense of community that exists in Maine. A number of these stories are follow-ups of stories that had been covered extensively by NEWS CENTER Maine for weeks or months.

These are NEWS CENTER Maine's most-read stories of 2019:

Capt. Michael Bell, a 30-year member of Farmington Fire Rescue, was killed Sept. 16 in an explosion at LEAP Inc. - a disability support nonprofit.

Firefighters had been called to the building along Route 2 at 8:07 a.m. for a propane smell in the building. The explosion took place minutes later. Investigators later said they found a significant leak in the propane line which was buried under the building's paved parking lot.

Capt. Bell's brother Terry Bell, 62, the department's chief, was injured along with five other fire personnel.

All six fire personnel have since been released from the hospital. However, heading into 2020, the condition of one key figure from the explosion is still weighing on Mainers' minds.

Larry Lord, a maintenance worker at the building, is credited with saving more than a dozen employees by alerting them to the smell of gas and ushering them out of the building.

Lord was the first person to smell the gas and when firefighters arrived at the scene, he went back into the building with them, just before the building exploded.

According to a GoFundMe page created for Lord and his family after the explosion, "Larry suffered severe burns on over half of his body, multiple traumas, broken bones, and critical injuries. He was airlifted to Massachusetts General Hospital, where he’s expected to be for 4 months."

It has now been about three and a half months since the explosion. As of Monday, Dec. 23, Lord was still at Massachusetts General Hospital, with his condition listed as serious.

Fire officials said on Thursday, October 31, they would not be complete until they get Larry Lord home. 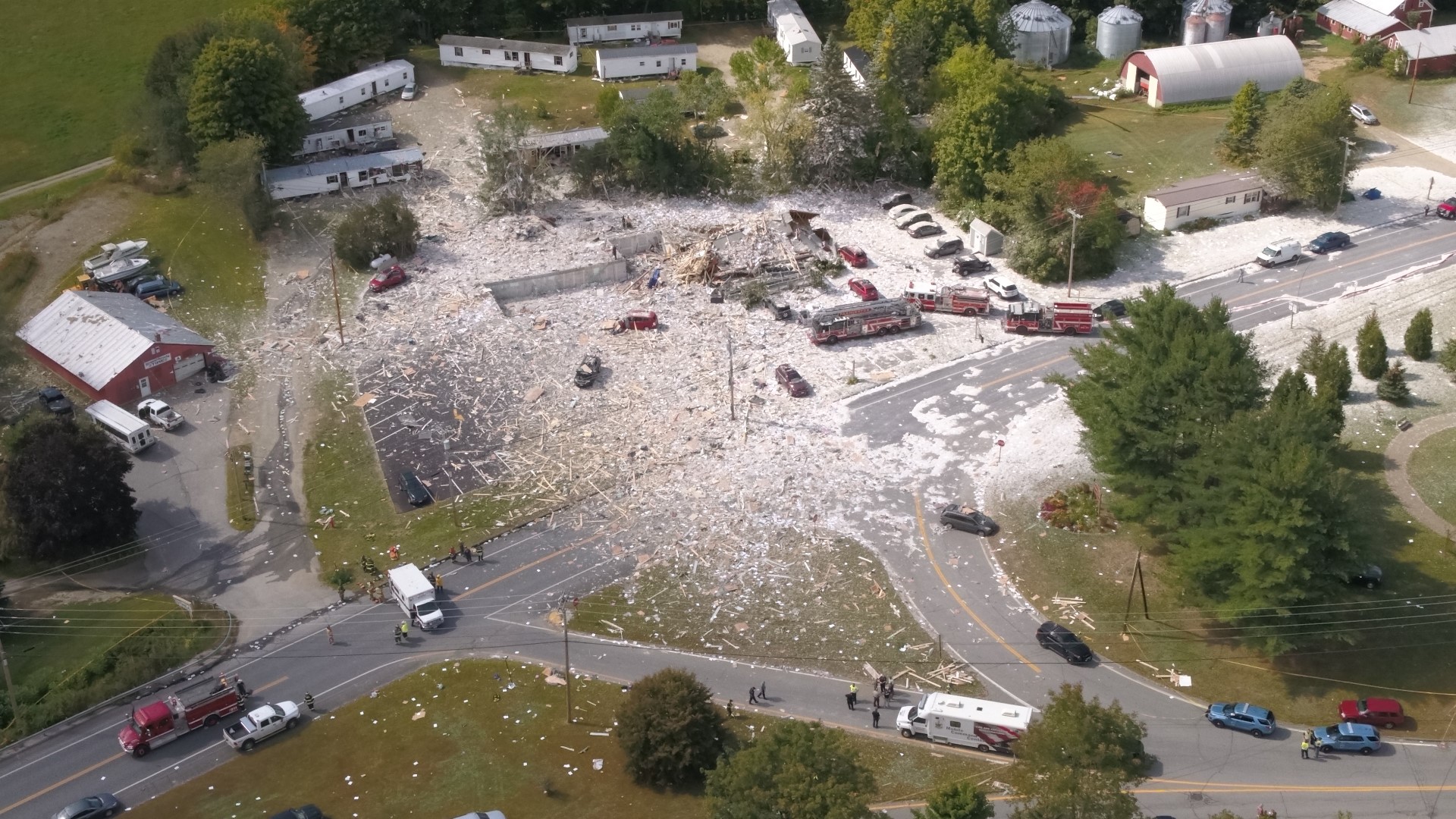 4) 'I promise you that your son will know you,' A wife's tearful goodbye to her husband

Maine State Police Detective Ben Campbell was killed April 3, when he was hit by a tire that came loose off of a tanker truck carrying logging equipment. Campbell had been standing on Interstate 95 in Hampden assisting a stranded driver when he was struck.

Flanked with support by State Police troopers, the widow of Officer Campbell decided at the last minute that she would speak and say her final farewell to her husband at his funeral. Hilary Campbell walked past her husband's familiar uniform to speak before more than 3,000 officers and citizens about the man she loves.

In a tearful goodbye, Hilary Campbell promised her late husband that she would try to raise the couple's 6-month-old, Everett, the way Ben would have with "patience and a pleasant outlook."

Hilary called Ben, who joined the Maine State Police in 2012, the love of her life saying,  "I love you with every piece of my being." The young widow promised her late husband that their son would know who her husband was.

A call went out over the scanner at the end of Campbell's funeral at 1:48 p.m. on Tuesday, April 9:

"Detective Benjamin Campbell a seven year veteran of the Maine State Police was taken from us in the line of duty on April 3, 2019. Detective Campbell cherished working side by side with his work family and the community he served. Ben you are a hero and will be missed by all. God bless you and your family. Rest easy Detective Campbell. You are now 10-7 (out of service). We have the watch from here." 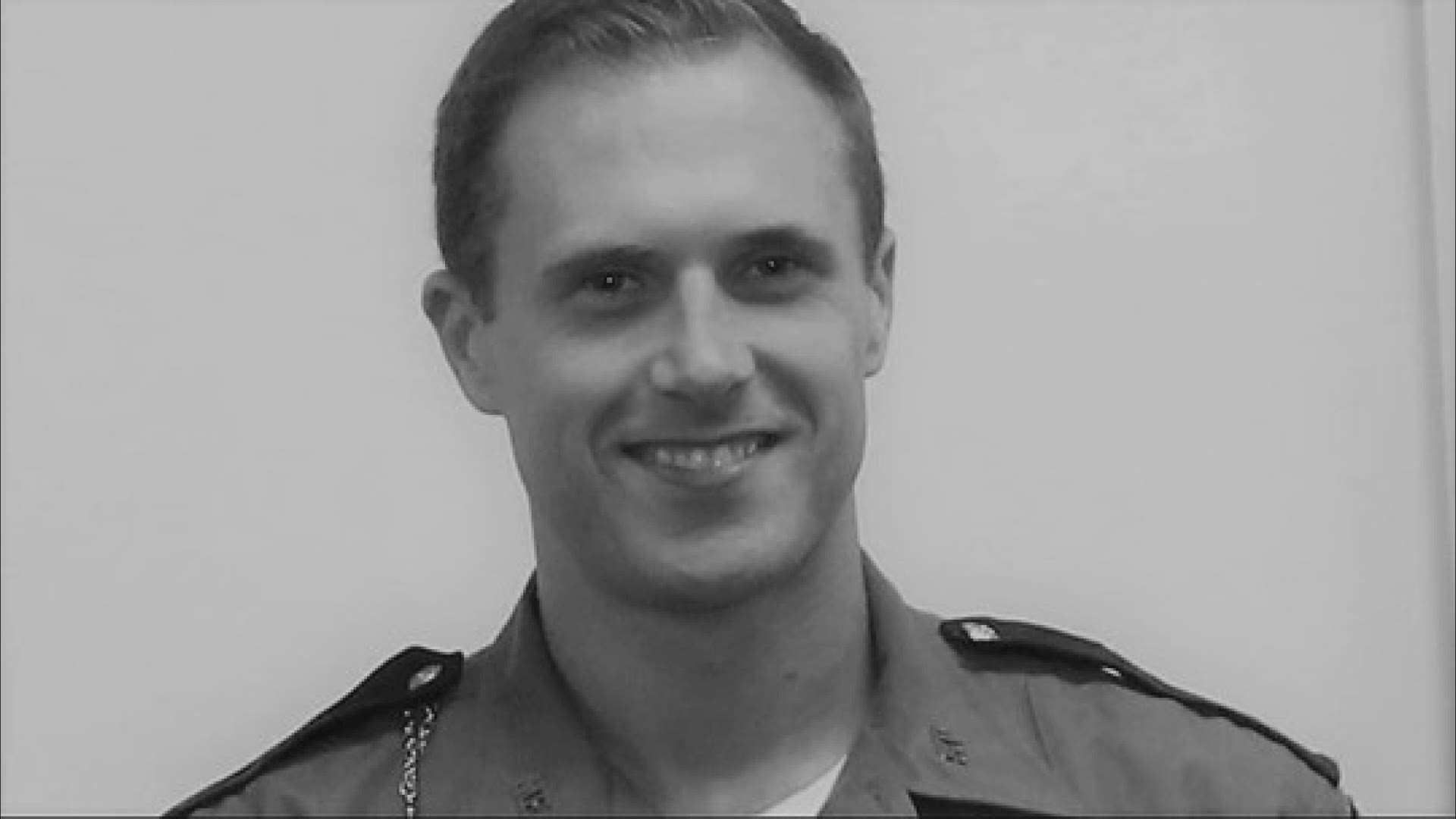 RELATED: State Police release name of driver that Det. Campbell assisted before he was killed

3) 'We all feel it': Motorcyclists mourn death of 7 in crash

On June 21, a pickup truck driven by 23-year-old Volodymyr Zhukovskyy crossed the center line on Route 2 in Randolph, New Hampshire and plowed into a group of motorcyclists. Seven people were killed.

The crash involved members of Marine JarHeads MC, a motorcycle club that includes Marines and their spouses, authorities said. The tragedy sent shockwaves through New England's communities of motorcyclists and military veterans, which often overlap.

"In the service, you have their back, they have yours. You need them there, you want them there. They got your back and vice versa," Denis Webber, a Marine and motorcycle rider, said. "It hits home. It's a brotherhood." 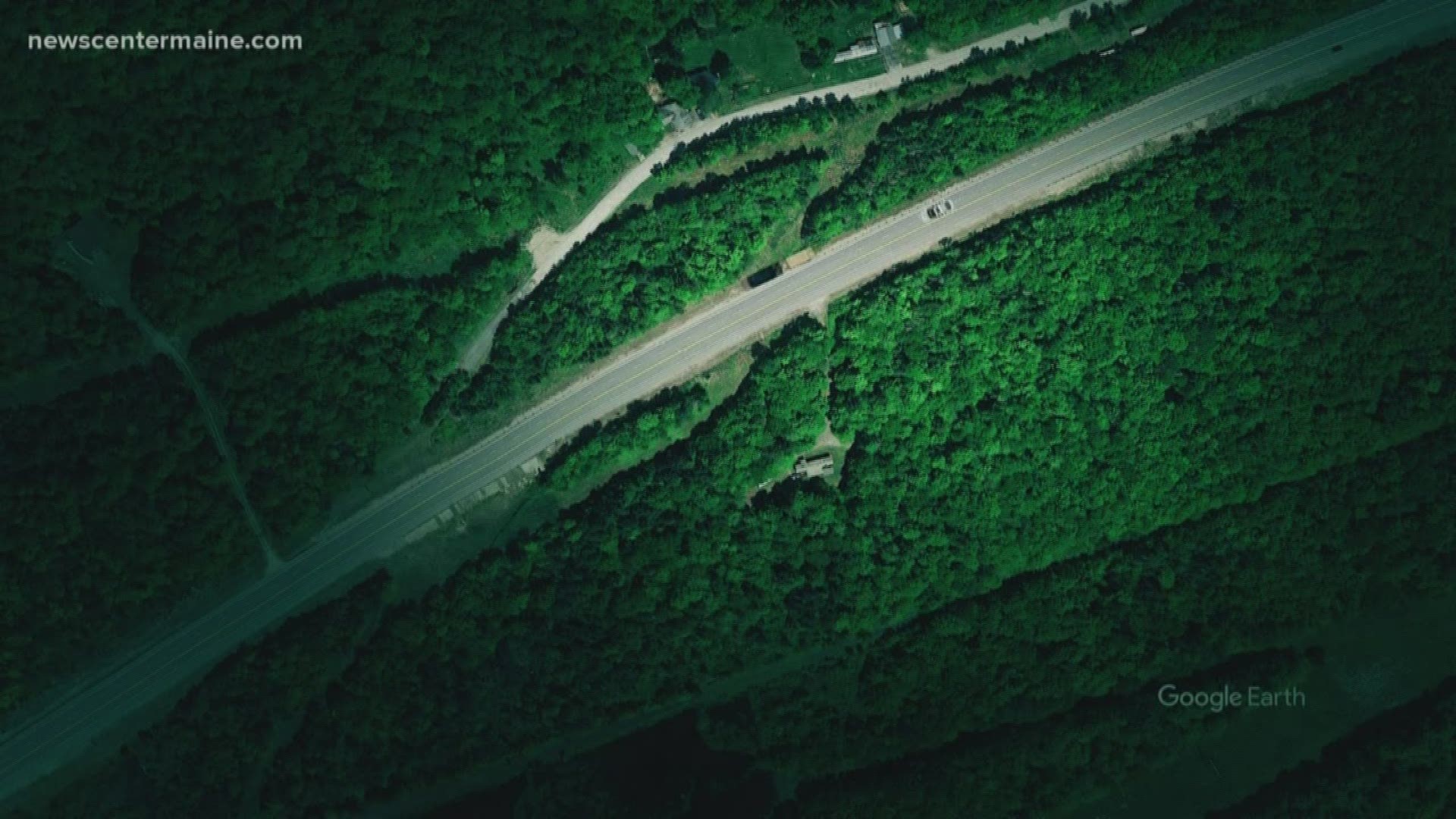 In October, Zhukovskyy was indicted on 23 counts that include reckless Manslaughter and negligent homicide/driving under the influence.

Police said he was under the influence of drugs and driving a 2016 Dodge 2500 truck with an attached trailer when he crossed into the opposite lane of travel, striking the motorcyclists.

RELATED: Laconia to Randolph: Here's the route for Saturday's 'Ride for the Fallen 7' in N.H.

RELATED: Candlelight vigil to be held for motorcycle crash victims

RELATED: 'Tough to lose your brothers': Funerals held for bikers

RELATED: 'It's a brotherhood' | Maine's motorcycle community reacts to NH crash that killed 7

On March 8, Berwick Fire Capt. Joel Barnes was fatally injured while fighting a four-alarm fire at a three-story apartment building in Berwick. Fire officials have said that Barnes died protecting the life of another firefighter.

Barnes' funeral was held on March 10, two days after his death. Oxford Fire Chief Gary Sacco died while in Portland to attend the funeral.

Sacco was with other fire chiefs at Barnes' funeral when he was rushed to Maine Medical Center. Deputy Chief Shawn Cordwell went to the hospital and was with Sacco when he passed away. Cordwell said medical staff tried to resuscitate Sacco for over an hour. 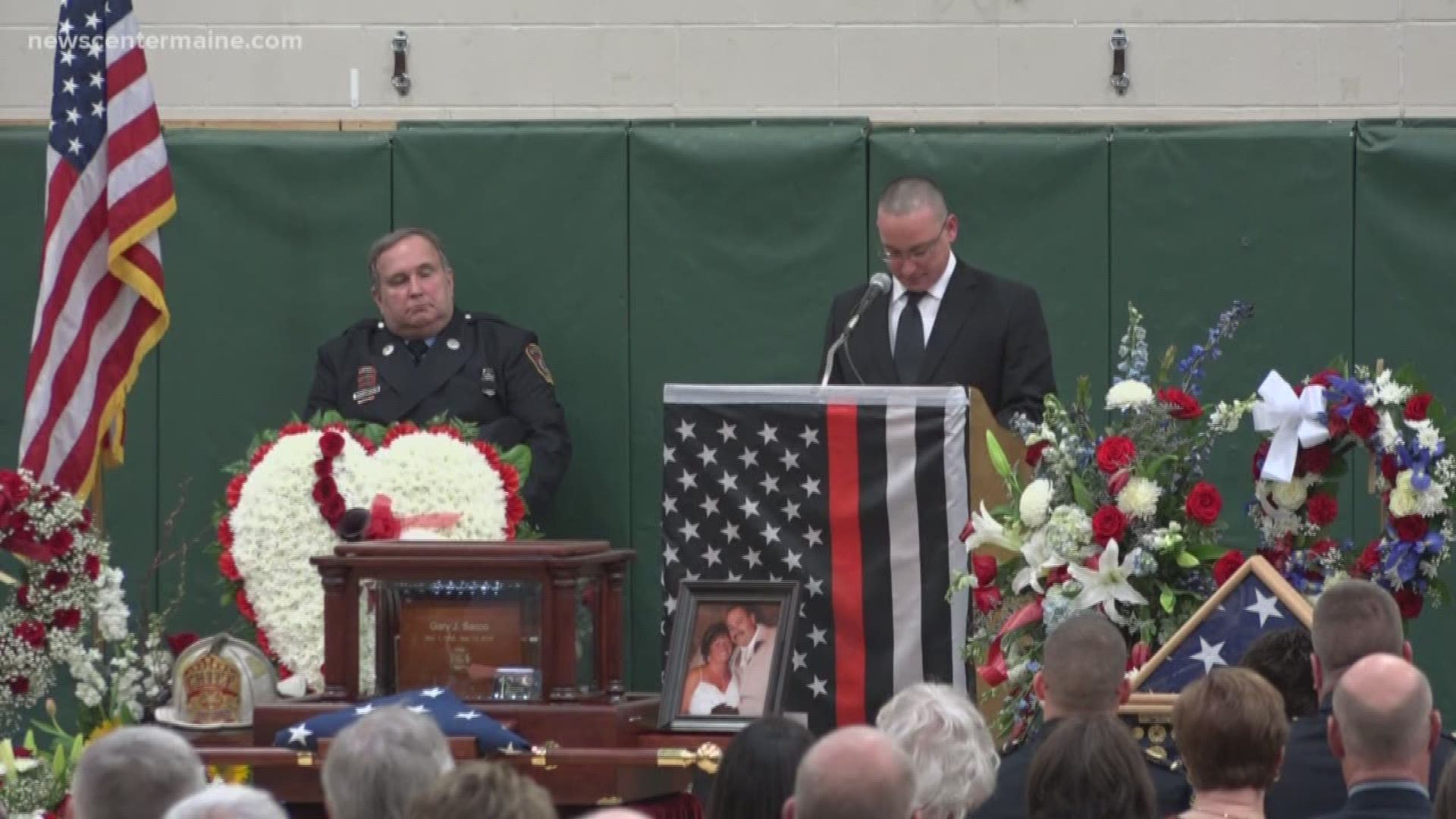 "Gary was a student of the fire service. He was constantly studying fires, learning from fires, and was an incredible mentor to pass that knowledge on to us," Cordwell told reporters the next morning.

Sacco served in the Oxford Fire Department starting in 2017, after he retired from New Gloucester where he was fire chief for 12 years.

The loss of two firefighters in a span of three days was a lot for the state of Maine, and particularly its community of firefighters, to digest.

RELATED: 'We were his family.' Firefighters remember Chief who died unexpectedly at fallen firefighter's funeral

As technology becomes an increasingly central part of peoples' lives, parents seem to grow increasingly concerned about their kids and whether or not they're using the technology that's available to them in a safe way.

In late July, the Sarasota County Sheriff's Office made 25 arrests during an operation to protect kids from online predators and human trafficking. Those arrests spurred the department to release a list, for parents, of potentially dangerous apps their kids could have access to. 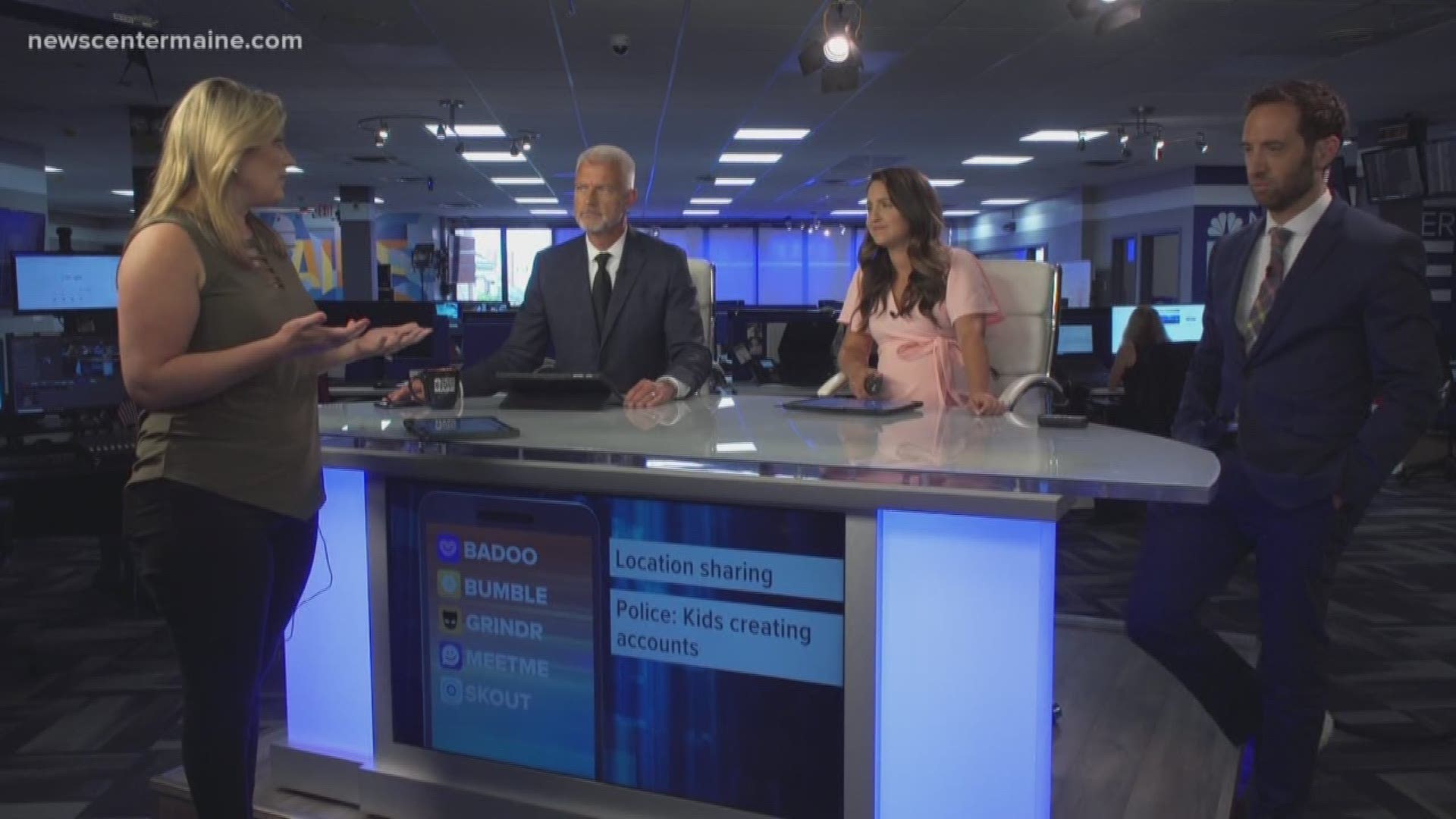 RELATED: 15 apps parents should look out for on their kids' phones

RELATED: Should you use GPS to track your children?

RELATED: Breaking down the 15 apps parents should be checking for on their kids' phones