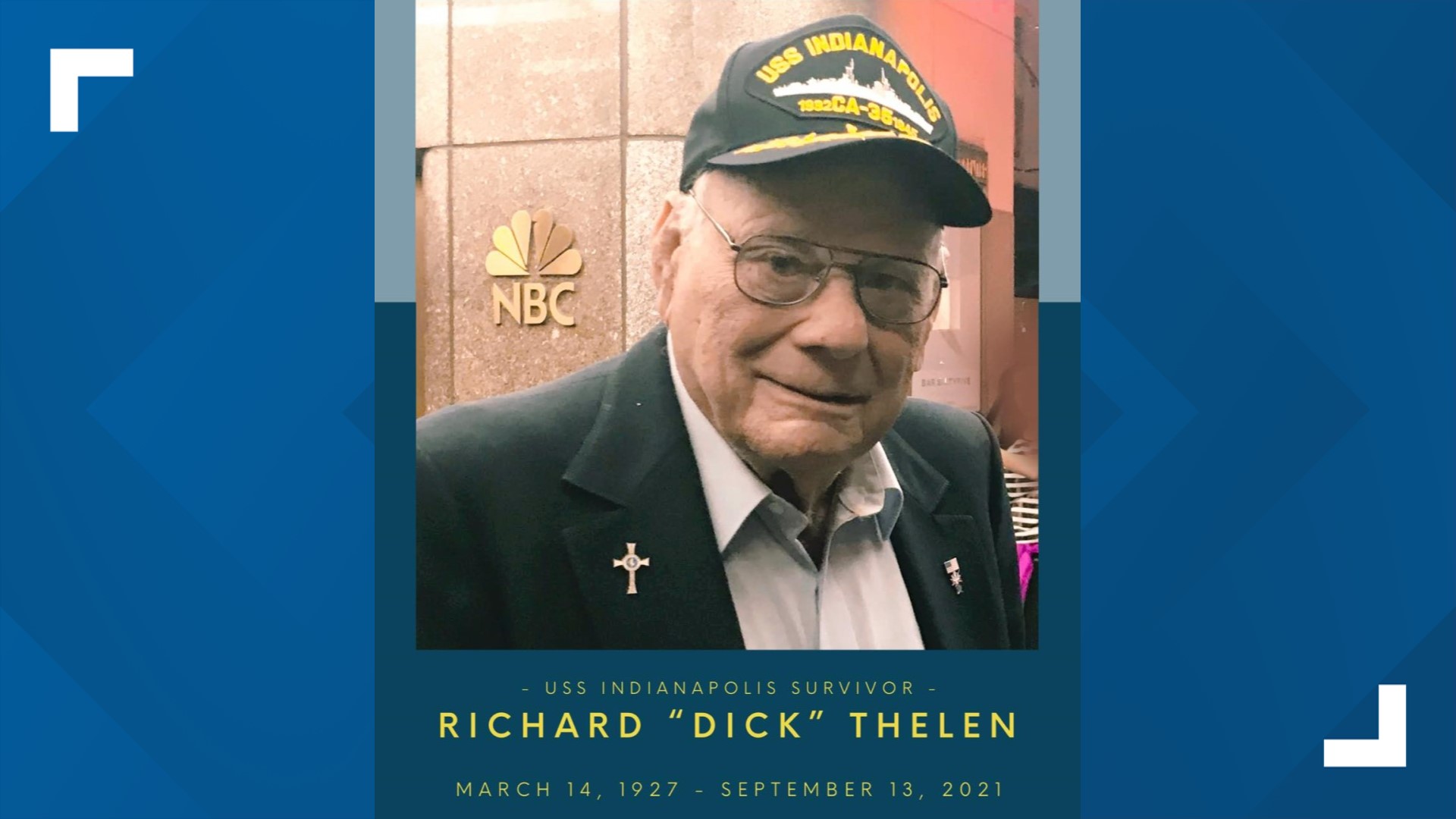 INDIANAPOLIS — A survivor of the sinking of the USS Indianapolis has died. Richard "Dick" Thelen died Monday, Sept. 13, 2021 at age 94.

According to the USS Indianapolis Facebook page, Thelen was one of the youngest on the ship, and had only joined the crew in May 1945. Since the 1950s, he had helped plan survivor reunions and had been active with the legacy organization.

The organization described Thelen as a "leader, a friend, a storyteller, a jokester, a smart aleck."

The world lost an incredible man yesterday, and we just won’t ever be the same without him. USS Indianapolis Survivor...

With Thelen's death, there are four living survivors of the attack remaining.