After 77 years, WWII veteran's remains are brought home to Maine

Second Lieutenant Ernest Vienneau was killed in action in 1944 while serving as a pilot. His remains were recovered in the fall of 2020. 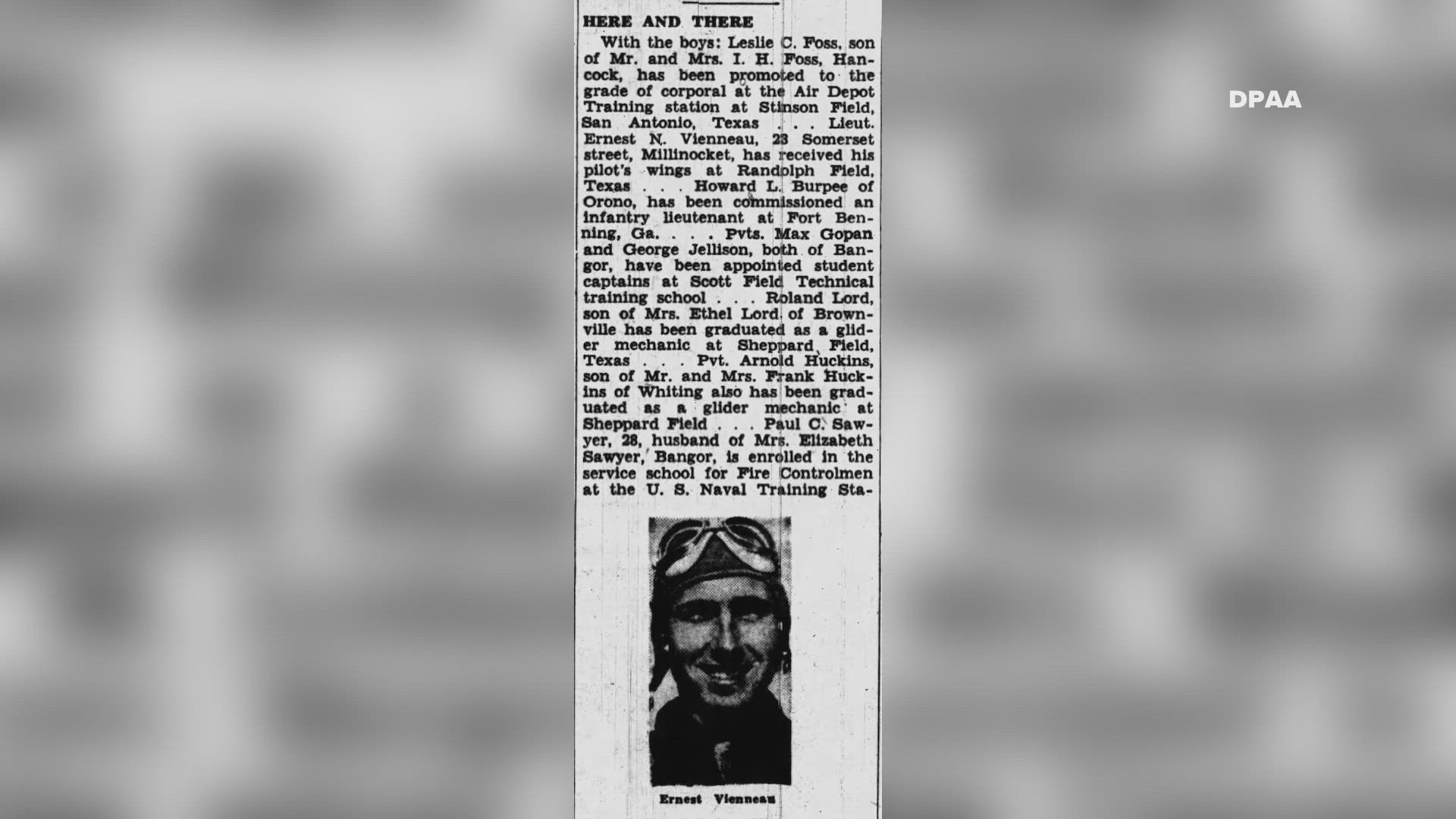 MILLINOCKET, Maine — After 77 years, a WWII veteran's body has been brought home to Maine.

According to Maine State Police, on Saturday, October 2, members from the Maine State Police Honor Guard conducted an honorable transfer from Massachusetts to Millinocket for Second Lieutenant Ernest Vienneau.

The transport was at the request of the United States Army.

Vienneau was killed in action in 1944 while serving in WWII. According to State Police, in the fall of 1944, Vienneau was a pilot assigned to the 340th Bombardment Squadron, 97th Bombardment Group, 15th Air Force, based out of Amendola, Italy.

On November 6, 1944, the B-17 Flying Fortress bomber on which he was serving as co-pilot came under heavy anti-aircraft fire while on a mission over Maribor, Yugoslavia, in present-day Slovenia. During the barrage, a piece of flak penetrated the cockpit and struck Vienneau in the head, fatally injuring him.

While the crew treated Vienneau, the pilot attempted to fly the damaged B-17 back to base. However, the aircraft could not make it and the pilot was forced to ditch off the coast of Vis Island, Croatia. The surviving 10 crew made it out of the aircraft, but Vienneau’s body could not be recovered from the rapidly sinking B-17.

Following the war, his remains could not be found and recovered. In the fall of 2020, his remains were recovered and properly identified.

Vienneau will be buried on October 9, in his hometown of Millinocket.