A law enforcement analyst told WUSA9 that this online sleuthing is welcomed by many at the FBI, as a manner to identify those involved with the riot. 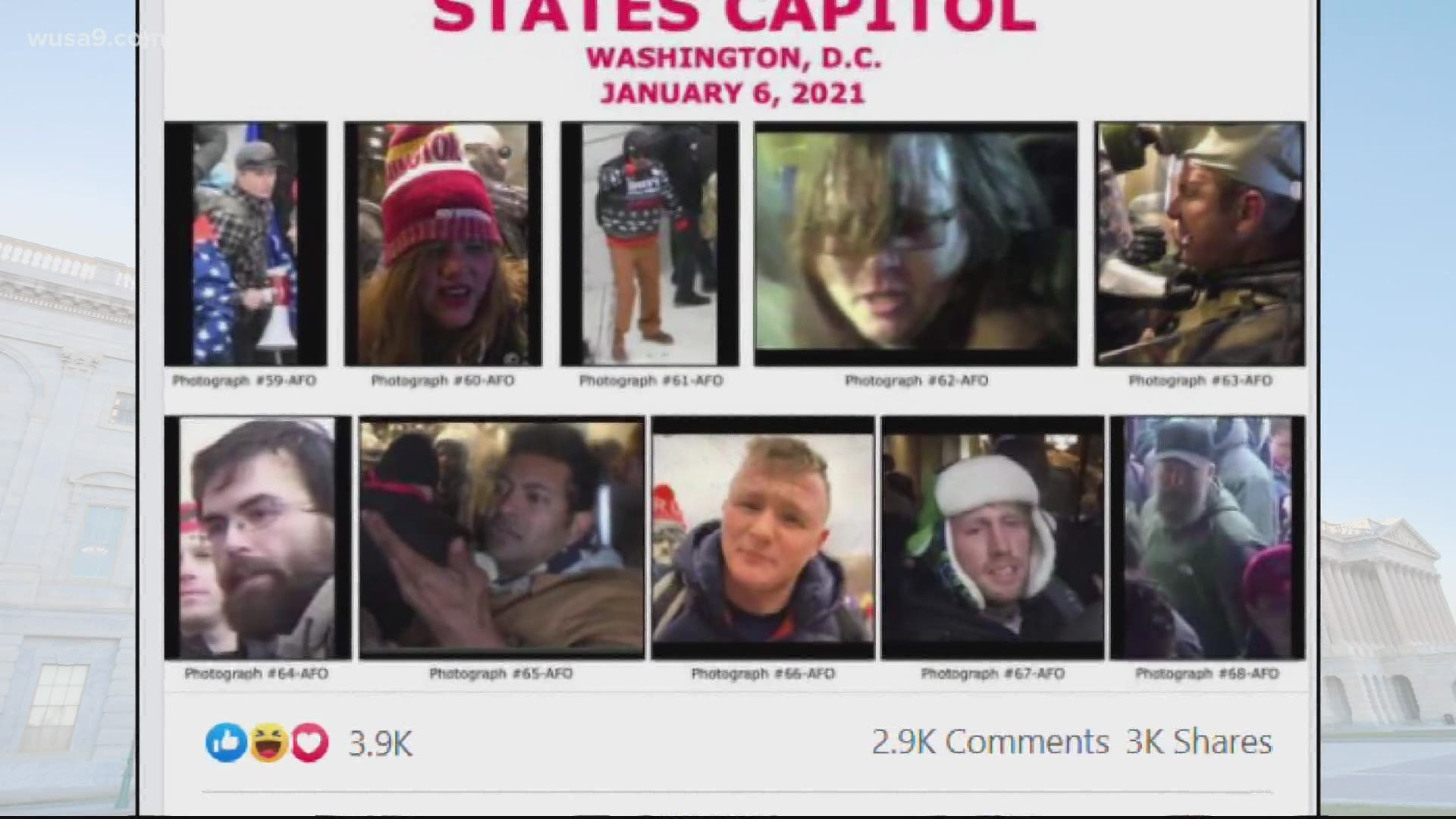 WASHINGTON — In the week since the Capitol riot, police have made dozens of arrests. But there's a growing movement online of so-called "virtual sleuths" trying to identify even more of the rioters.

A law enforcement analyst told WUSA9 that this type of work is typically welcomed.

"It's just the 2021 version of a wanted poster," Thomas O'Connor, a retired special agent at the FBI and currently a consultant at FEDSquared Consulting, said.

O'Connor said that these types of social media tips play a big role in identifying suspects in the modern era.

"It's community involvement, and I can't see a negative to it," he said. "It's just helping law enforcement, which is what the community has always done, and hopefully will always do."

In the aftermath of the Capitol riot, the FBI has posted dozens of photos of people involved with the breaching of the Capitol, seeking information from the public.

1 / 11
FBI
Anyone with information regarding these individuals, or anyone who witnessed any unlawful violent actions at the Capitol or near the area, is asked to contact the FBI's Toll-Free Tipline at 1-800-CALL-FBI (1-800-225-5324) to verbally report tips

In the social media era, various sites have popped up with the sole focus of tracking down those involved with hate groups, including The One People's Project and Left Coast Right Watch.

"One People's Project seeks to combat right-wing groups and individuals by exposing their threat to the world," read a description on the One People's Project website. "We serve as a resource to those on the frontlines fighting fascism -- especially those who don't play nice."

O'Connor said these online sleuths can offer the first step in an investigation. In the end, police need to confirm everything sent in by those at home.

If you have a photo or video, which you want to submit to the FBI, you can do so here. You can also call 1-800-CALL-FBI to verbally report tips and/or information related to this investigation.