Julian Khater and George Tanios "contributed to the chaos" during the January 6 insurrection, a federal judge ruled Tuesday. 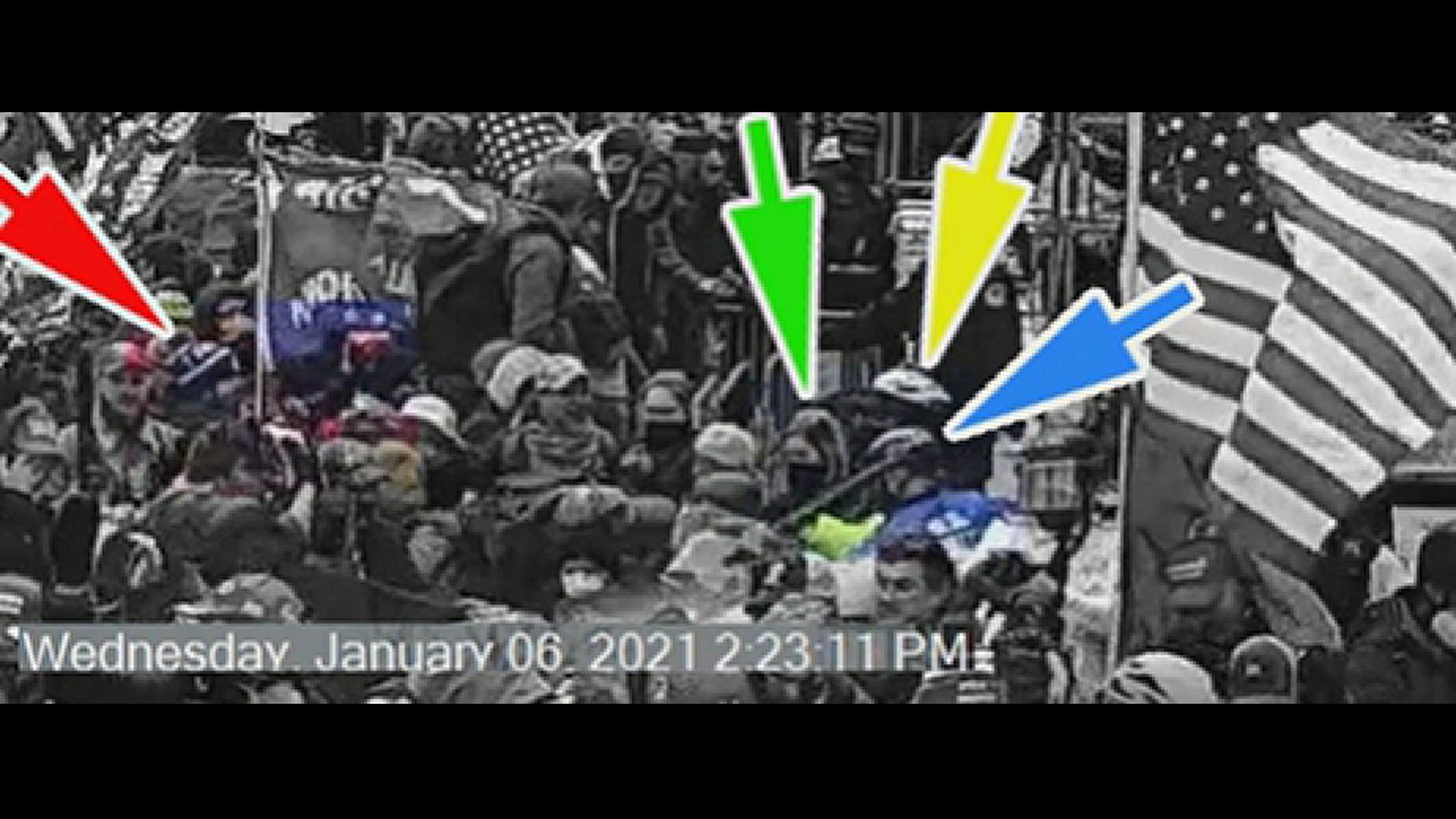 WASHINGTON — A federal judge denied bond Tuesday for two Capitol riot defendants accused of pepper spraying police, saying that, despite their arguments to the contrary, it was clear to him they intended to assault officers on January 6.

Attorneys for Julian Khater and co-defendant George Tanios had spent weeks formulating arguments and submitting character testimony supporting the release of their clients. In Khater’s case, that included a highly unusual proposal for a $15 million bond secured by property from 16 family members.

Khater, a 32-year-old Pennsylvania resident, and Tanios, of West Virginia, are accused of purchasing bear spray and pepper spray before traveling to D.C. on January 6. Once there, federal investigators say the men joined in the Capitol riot. Surveillance and body camera video obtained by WUSA9 after a court challenge appears to show the men assaulting police, including Officer Brian Sicknick, with pepper spray.

Sign up for the Capitol Breach Newsletter. Don't miss an update about arrests, charges or investigations into the assault on the Capitol.

Hogan also rejected an argument from the defense that bear spray and pepper spray are legal in D.C., calling it a “red herring.”

“You can bring a pocket knife to D.C., which is legal, but at the point you use it on police it is illegal,” Hogan said. “Obviously they had some intention to use the product. It seems they definitely planned it at that point. The only targets they were worried about using the spray to attack were the police. They weren’t going to attack the other rioters.”

Still, Hogan said the men’s lack of criminal history made the bond decision difficult. More than a dozen family members wrote letters to the court in support of Khater’s release. His aunt, the author and social anthropologist, wrote that her nephew is a “kind, considerate and serious person.” Tanios, a sandwich shop owner in West Virginia, also has three young children at home.

“It concerns me, because these two gentlemen are law-abiding, respected individuals in their community, and it makes it very difficult for the court to come to this conclusion,” Hogan said.

The judge noted, however, that Khater’s and Tanios’ alleged actions helped contribute to the breaking of the police line.

“That assault helped lead to the violent breach of the Capitol,” Hogan said. “And that indicates a finding a dangerousness. The conduct contributed to the chaos on Capitol Hill.”