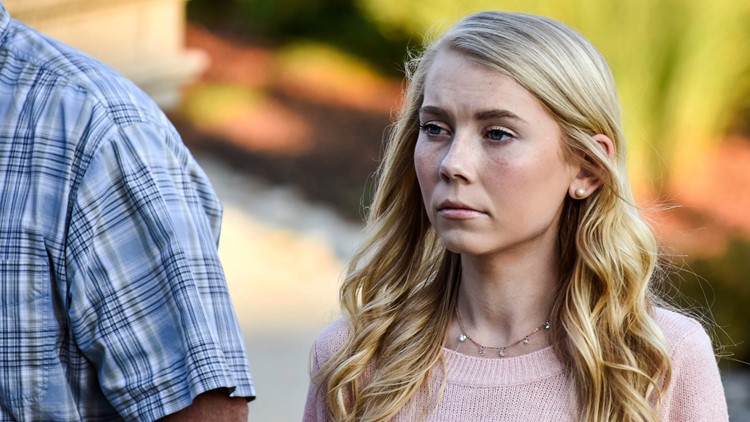 Photo by: AP
Brooke "Skylar" Richardson walks into the courthouse before closing arguments in her trial at Warren County Common Pleas Court Thursday, Sept. 12, 2019 in Lebanon, Ohio. Richardson, accused of killing and burying her newborn daughter, has pleaded not guilty to aggravated murder and other charges. (Nick Graham/The Journal-News via AP)

A young Ohio woman acquitted of killing her newborn but convicted of corpse abuse has been sentenced to three years' probation.

The sentence handed down Friday allows 20-year-old Brooke Skylar Richardson to go home with her parents.

A jury on Thursday acquitted her of more serious charges, including aggravated murder, in the 2017 death of her newborn.

Richardson told the judge and courtroom she was "so sorry" before sentencing. The judge said she showed a "grotesque disregard for life" and warned her he can send her to prison for up to a year if she violates probation.

Richardson's defense maintained that the baby was stillborn. Prosecutors argued that she hid her unwanted pregnancy and killed the baby before burying it in her family's backyard.