World leaders hope for renewed cooperation with US under Biden

Governments targeted and sanctioned under Trump embraced the chance for a fresh start with Biden. 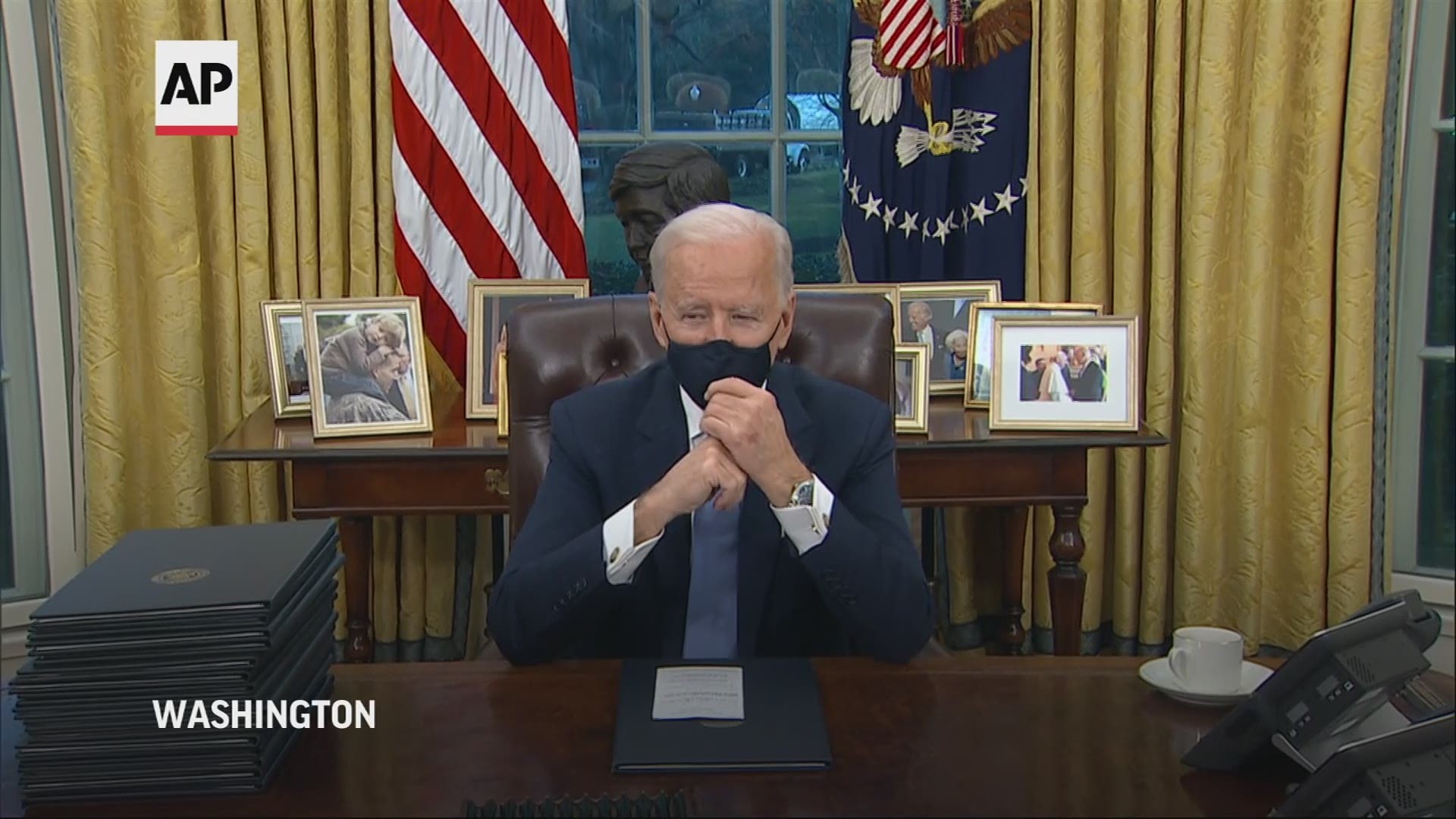 Many expressed hope Biden would right U.S. democracy two weeks after rioters stormed the Capitol, shaking the faith of those fighting for democracy in their own countries.

Governments targeted and sanctioned under Trump embraced the chance for a fresh start with Biden, while some heads of state who lauded Trump’s blend of nationalism and populism were more restrained in their expectations.

But the chance to repair frayed alliances and work together on global problems carried the day.

China, whose U.S. relations nosedived due to widespread frustration in Washington over its human rights record and accusations of technology theft, expressed cautious hope about the change in the White House.

Biden “understands the importance of cooperation among nations,” said former Colombian president and Nobel Peace Prize winner Juan Manuel Santos, who left office in 2018. “As a matter of fact, if we don’t cooperate – all nations – to fight climate change, then we will all perish. It’s as simple as that."

French President Emmanuel Macron and Tibetan spiritual leader the Dalai Lama were among those welcoming U.S. attention to climate change. After Trump withdrew the U.S. from the Paris climate accord, Biden reversed the move in the first hours of his presidency Wednesday.

With Biden, “we will be stronger to face the challenges of our time. Stronger to build our future. Stronger to protect our planet," Macron wrote on Twitter. “Welcome back to the Paris Agreement!”

To @JoeBiden and @KamalaHarris.
Best wishes on this most significant day for the American people!
We are together.
We will be stronger to face the challenges of our time. Stronger to build our future. Stronger to protect our planet. Welcome back to the Paris Agreement!

Other European allies saw a chance to come in out of the cold after strained relationships with the Trump administration.

“We have our differences and they will not magically disappear. America seems to have changed, and how it’s perceived in Europe and the rest of the world has also changed,” added Michel, whose open criticism of the Trump era contrasted with the silence that mostly reigned in Europe while the Republican leader was in the White House.

In Ballina, Ireland, where Biden’s great-great-grandfather was born in 1832, a mural of a smiling Biden adorned a wall in the town, where some of the president’s relatives still live.

“As he takes the oath of office, I know that President Biden will feel the weight of history — the presence of his Irish ancestors who left Mayo and Louth in famine times in search of life and hope,” Irish Prime Minister Micheal Martin said.

Israeli Prime Minister Benjamin Netanyahu, who formed close ties with Trump, noted a personal friendship with Biden and said he looked forward to working together to further strengthen the U.S.-Israel alliance.

Palestinian President Mahmoud Abbas, who has accused Trump of unfair bias toward Israel with policies like moving the U.S. Embassy to Jerusalem, expressed hope for a more even-handed approach from Biden. He urged “a comprehensive and just peace process that fulfills the aspirations of the Palestinian people for freedom and independence.”

In Latin America, Biden faces immediate challenges on immigration, and the leaders of the two most populous countries — Brazil and Mexico — were chummy with Trump. The Trump administration also expanded painful sanctions against governments in Cuba, Venezuela and Nicaragua.

In Venezuela, President Nicolás Maduro's government urged dialogue with the Biden administration, while hoping the new president abandons the avalanche of damaging sanctions Trump imposed to attempt a regime change.

Some Venezuelans, however, like retired accountant Jesús Sánchez, 79, said he was disappointed to see Trump leave power. Trump backed opposition leader Juan Guaidó, giving Venezuelans like him hope that Maduro’s days in power were numbered.

Carlos Vecchio, Guaido’s envoy in Washington who the U.S. recognizes as Venezuela’s ambassador, tweeted photos of himself at Biden's inauguration. The invitation to attend was touted by Venezuela’s opposition as evidence the Biden administration will continue its strong support and resist entreaties by Maduro for dialogue that the U.S. has strenuously rejected until now.

Cuba’s leaders perhaps have a more realistic hope for improved relations: Biden was in the White House for the historic thaw in relations in 2014, and various officials expressed willingness to reopen a dialogue with Washington if there was respect for Cuba’s sovereignty.

President Miguel Díaz-Canel railed against Trump via Twitter, citing “more than 200 measures that tightened the financial, commercial and economic blockade, the expression of a despicable and inhuman policy.”

In Mexico, President Andrés Manuel López Obrador, who cultivated an unexpectedly friendly relationship with Trump and was one of the last world leaders to recognize Biden’s victory, read from a letter he sent to Biden in 2012, calling for reorienting the bilateral relationship away from security and military aid and toward development.

Credit: AP
Joe Biden's cousin Joe Blewitt speaks to the media underneath his mural painted on a wall in Ballina, Ireland, Wednesday, Jan. 20, 2021. Joe Biden's great-great grandfather Patrick Blewitt was born in Ballina, County Mayo, in 1832. He left for the US in 1850, aged 18. (AP Photo/Peter Morrison)

He urged Biden to implement immigration reform, and added: “We need to maintain a very good relationship with the United States government and I don’t have any doubt that it’s going to be that way.”

U.S. allies in the Asia-Pacific region expressed anticipation of strengthening those alliances under a Biden administration. Japanese Prime Minister Yoshihide Suga, Taiwan’s President Tsai Ing-wen and others highlighted their shared values as leaders of democracies.

Prime Minister Jacinda Ardern said Biden was a good friend to New Zealand and highlighted in particular the words given in his inaugural address. “President Biden’s message of unity as he takes office is one that resonates with New Zealanders,” Ardern said.

World leaders also acknowledged the history of Vice President Kamala Harris taking office. She is the first woman, the first Black woman and the first South Asian to hold that office in the U.S.

Congratulations to @KamalaHarris on being sworn-in as @VP. It is a historic occasion. Looking forward to interacting with her to make India-USA relations more robust. The India-USA partnership is beneficial for our planet.

“That is an historic moment and one that, I think as a father of daughters, you can only celebrate," Australian Prime Minister Scott Morrison said.

Congratulations to President @JoeBiden and Vice President @KamalaHarris on your inauguration.

The Australia-US Alliance has never been more important. I wish you both every success for your time in office and look forward to working closely with your new administration.