Democrats swept runoff Senate elections in Georgia. Here's what that means for the prospects of getting Americans another $2,000 in stimulus. 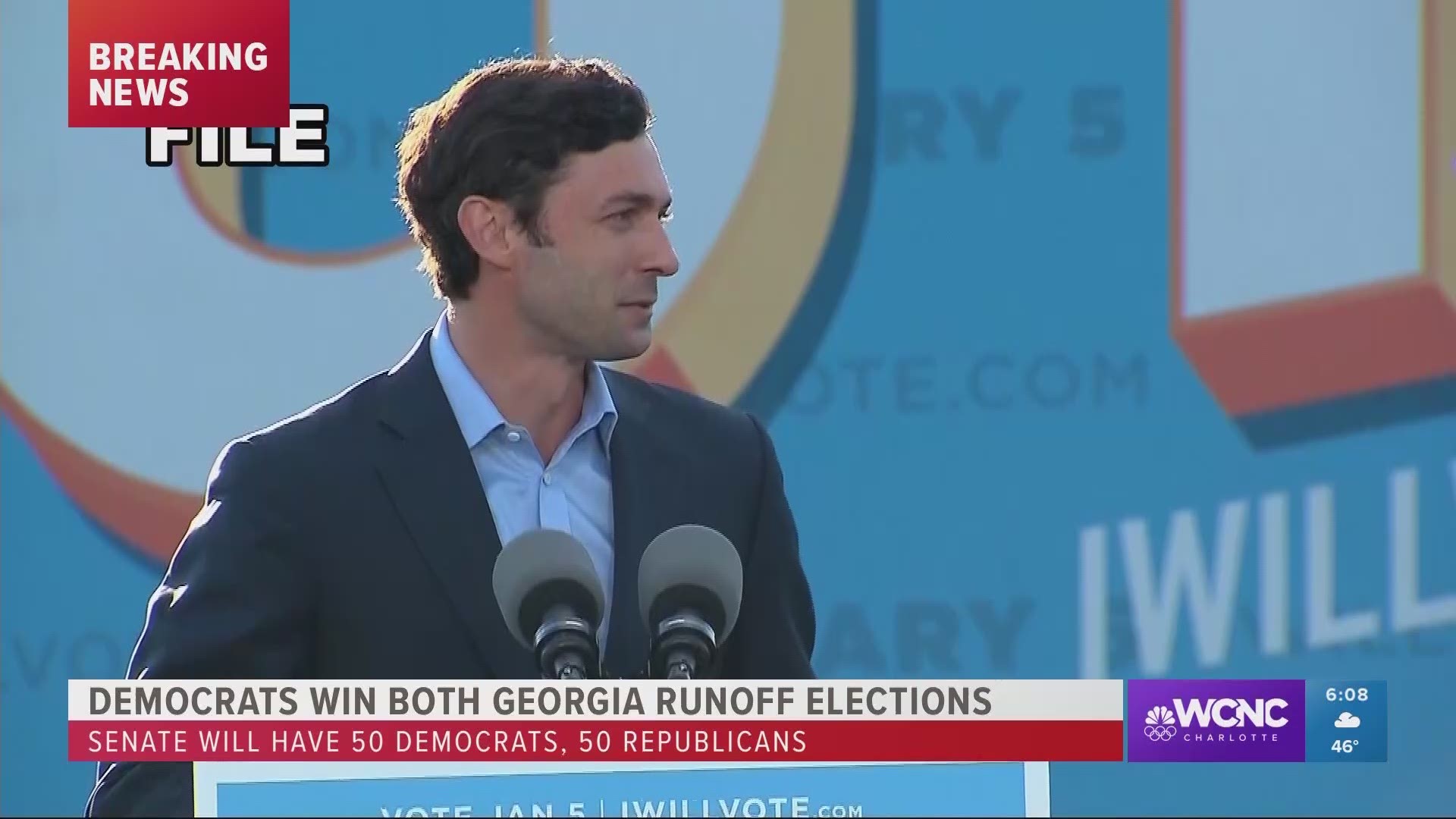 WASHINGTON — While Americans are starting to get their $600 stimulus payments passed by Congress last month, one big question is whether the $2,000 payments demanded by President Donald Trump are still a possibility.

The chances for that extra money may have gotten a boost Wednesday after major news outlets projected Democrats Raphael Warnock and Jon Ossoff swept the two runoff elections in Georgia for the U.S. Senate. It means the Senate will be split 50-50, with the Democrats holding the tiebreak advantage when President-elect Joe Biden takes office.

Going into Tuesday's two elections, Biden's final pitch to voters in Georgia was simple: Americans getting $2,000 checks depended on a Democratic sweep.

However, that effort may have run into a roadblock already. Sen. Joe Manchin (D-W.VA.) told the Washington Post on Friday that he would "absolutely not" support a new round of $2,000 checks.

“How is the money that we invest now going to help us best to get jobs back and get people employed? And I can’t tell you that sending another check out is gonna do that to a person that’s already got a check,” he said to the Washington Post.

Because Vice President-elect Kamala Harris will serve as the tiebreaker in her role as President of the Senate, it means Democrats will have the advantage in the Senate. They will also hold the White House and the majority in the House of Representatives.

Senate Minority Leader Chuck Schumer, D-NY, said this week that $2,000 checks would be among the first items on the legislative agenda. Schumer wouldn't say whether the $2,000 stimulus checks would be a narrow bill, like the House passed, or part of a larger stimulus package.

Normally, 60 votes are generally needed in the Senate to pass a bill. But there are special budgetary rules where a bill only needs a simple majority. Even if Democrats were to pursue that route, with Manchin's opposition Democrats would need to convince some Republicans to vote for the $2,000 proposal.

Trump demanded on Dec. 22 that the $600 payments passed by Congress be increased to $2,000. Democrats in the House quickly passed the increased amount. But Democratic-led efforts in the Senate were blocked multiple times by Republicans.

Senate Majority Leader Mitch McConnell, R-Ky., countered with a proposal of $2,000 checks as long as Democrats agreed to repeal online liability protections called Section 230 and to establish a commission on voter fraud -- two things Trump demanded. The move was considered a "poison pill" because those two additional provisions were something most Democrats would disapprove.

How quickly $2,000 payments could be passed remains in question. Because the proposal that died in the Senate was made during the previous Congress, the new Congress would have to take it up as a fresh bill. If Harris' vote is needed as a tiebreaker, she does not take office until Jan. 20.

RELATED: Haven't received your second stimulus check? How to track your payment online